The Rock to the rescue again, brothers separated at birth and Whitney Houston’s wild life 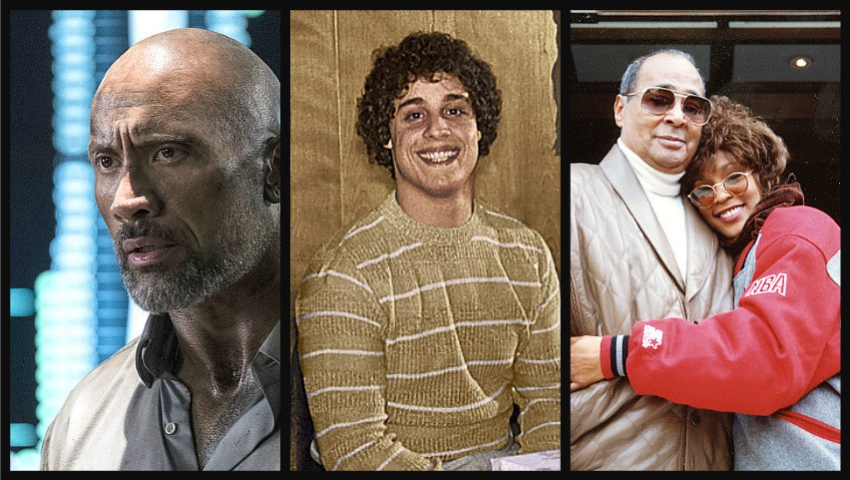 Also Drac and family go on vacation, Mexican migrants make the best of it in New York, a telemarketer learns power selling, a teen fights depression and one man’s ideas to change soccer

This is one of those weeks when the big films aren’t the best ones. Check out the small gems in this list, including the one-timer about teen angst and two films with soccer content. Trump won’t like one of them.

SKYSCRAPER: This should have been a super summer treat, full of tense, gripping, fun. You’ve got Dwayne Johnson after all, flexing his grit and muscle, Rock-style. You’ve got sparkling visuals and high production values. And it was filmed around here.  Watch for Surrey city hall, Queen Elizabeth park, the Seabus and more. So what’s not to like? Several things unfortunately. It doesn’t deliver on its promises. For instance, there are only a few fear-of-heights thrills. You’d expect there’d be many because the ubiquitous TV commercials make so much of them.

Instead of a sleek, streamlined thriller, we get a movie cluttered with contrivances. If the Rock is going to be climbing one of those giant hammerhead cranes, why not make it even more perilous for him? Yeah, make him lose a leg in an unrelated earlier sequence and have to manage all the action on a prosthetic leg. And yeah, he can use it later on to prop open a door. It is of such plot devices that this film is constructed. They’re hard to connect with. The story has Johnson as a security and safety consultant inspecting a new building in Hong Kong (3 times taller than the Empire State building) when thugs arrive and set the highest floors on fire. The reason, as we learn much later, is pretty unremarkable.  Meanwhile, his wife (Neve Campbell) and two kids are up there and he has to rise to rescue them. The film is implausible, prone to knife and gun fights but clumsy with its action sequences and requires you to park the thinking part of your brain to feel the fun. (Scotiabank, Marine Gateway and suburban theatres) 2 ½ out of 5

THREE IDENTICAL STRANGERS: Don’t miss this one, and do not let anyone tell you much about it. It’s a documentary that grips like the most chilling of dramas but might be spoiled if you already know what’s coming. British director Tim Wardle wisely lets it unfold step by step like a novel. A young man arrives at a college in upstate New York and is surprised to find people greeting him like an old friend. Turns out, they think he’s a student who was there the year before and who he discovers is a twin brother he didn’t know he had. These scenes are recreated (just visually, no dialogue) with a happy, light mood which continues when a third brother finds them.  The triplets appear on TV talk shows, have a cameo in a Madonna movie and become party animals in the New York club scene in the 1970s.The angle was always how similar they were. 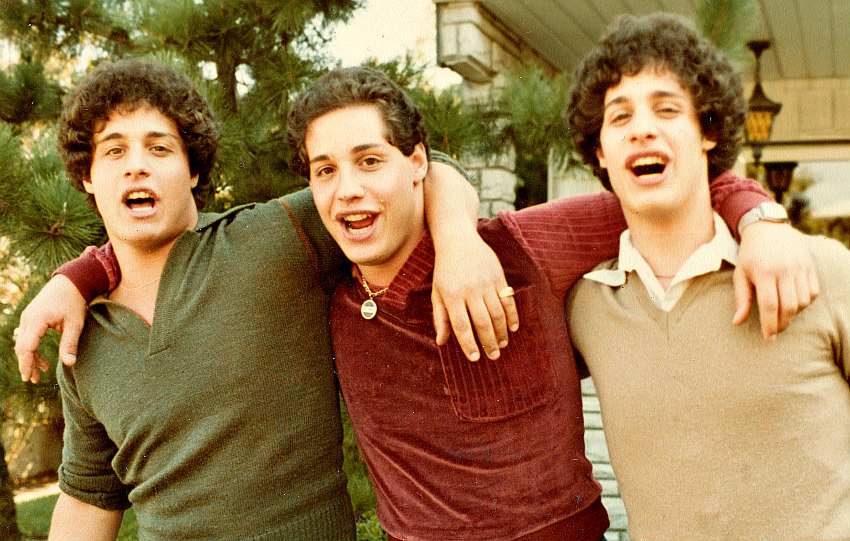 But there’s a bigger story. Why had they not known about each other? The film reveals a shocker   through interviews years later with two of them, with a writer for The New Yorker and with a few people connected. That’s the part you should discover as the film tells it. You’ll be deeply moved, maybe angry, and definitely talking about it for days. A main talking point: the nature versus nurture debate. They grew up in separate homes and showed differences as well as those similarities. The result is dramatic and the film tells it well. There’s more that Wardle could have included, and more to come sometime in the future, but for now this is a great documentary. (5th Avenue Theatre) 5 out of 5