This film, from Stephen King’s follow-up novel has a roving band of child-killers who hunt for kids with that same ability and gain near-immortality by breathing in the steam they exhale when they die. (Local boy Jacob Tremblay plays one of their victims).
Their leader is a smoothly malevalent Rose the Hat (played by Rebecca Ferguson) who has powers of her own. She can sense that a young girl 1,500 miles away is able to read her mind. She calls Abra a “looker” and leads her band of misfits to go find her. Abra, meanwhile, (played by newcomer Kyliegh Curran) calls on Danny to help. That makes it sound like this story has far more narrative drive than it does. For much of its first two hours it sputters and jerks along. There are extra characters, ruminations on death (“the whole world is a hospice but with cleaner air”) and distracting events. Eventually the action takes us to the same hotel that was so central in the original story. That’s tricky because though it survived in the book, Kubrick burned it down in the movie. No matter, key scenes, like the gush of blood out of the elevator, are re-created. That’s to please the fans of the movie, I guess. They’ll be disappointed though because this new film is hardly ever scary. (Scotiabank, Marine Gateway, suburban theatres) 3 out of 5

MIDWAY: If you’ve never seen a war movie from the 1940s or 50s, this one might feel new to you. If you have, it might be nostalgic because Roland Emmerich’s re-creation of one of history’s key naval battles follows all the familiar paths. You get stoic commanders, keen young navy guys (including a brash hot shot, of course), a bit of teary goodbying with the family at home and a lot of pretty exciting battle action out there on and over the sea for four days in 1942. Emmerich is a specialist in disaster and spectacle and these battle scenes, even in rather ordinary computer animation, are far more dynamic than the human stories, which are at best, commonplace. 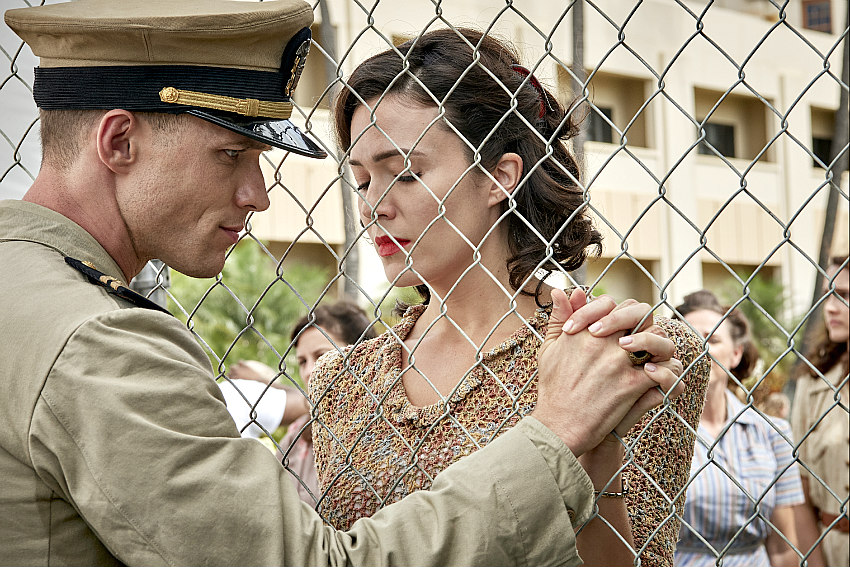 Ed Skrein (briefly on Game of Thrones and currently in Maleficent) is the hot shot and Mandy Moore is his briefly-seen wife. Woody Harrelson, Dennis Quaid, Etsushi Toyokawa, and Jun Kunimura play admirals (from each side), local actor Alexander Ludwig plays a popular flyer and Patrick Wilson plays a codebreaker. It was his intel that gave the Americans the edge that probably won them the battle. The film goes into much detail about how they did it (losing only one aircraft carrier to Japan’s four) but is very skimpy on the history before it. James Doolittle’s Tokyo raid and subsequent crash landing in China are included, probably because there’s some Chinese money in this film. It was made in Montreal and Hawaii.  (Scotiabank, Marine Gateway and suburban theatres) 2 ½ out of 5

KLAUS: The people at Netflix are experts at attracting well-known filmmakers to do work for them. Here they’ve got Sergio Pablos, the Spaniard who created Despicable Me and also worked on Rio and Tarzan, to bring us a holiday film with “seasonal favorite” potential. He explores the origins of many Christmas traditions. You know, like Santa delivering presents, in a sleigh, pulled by flying reindeer, coming down the chimney, and more. Turns out it all started as a post office promotion.
Slacker Jesper  (Jason Schwartzman) is sent by his father to a remote northern village to stir up some letter sending. He finds that people there hate and don’t write to each other because two clans (headed by Joan Cusack and Ladner, B.C. native Will Sasso) are in a never-ending feud. The local teacher now sells fish because the kids don’t come to school.

Klaus is a gruff woodsman (J.K. Simmons) who spends his time making toys but has no one to give them too. Jesper thinks getting children to write him letters can revive the post office. You see where this is going. All the traditions eventually evolve and the film succeeds as a fun, brightly colored, sharply animated (in a traditional way) piece of holiday entertainment. (VanCity Theatre) 3 ½ out of 5

PLAYING WITH FIRE: There are still several wildfires burning in California and that makes this film uncomfortably badly timed. Not only does it start with a wildfire but it brings three children into the  story and offers a clumsy bit of philosophy. “Children are like wildfires,” it says. You can’t control them, you just have to wait until they burn themselves out." It’s funny sometimes; but not often. Trite antics and banal comic situations are the norm here, until an almost poignant ending sort of elevates things. 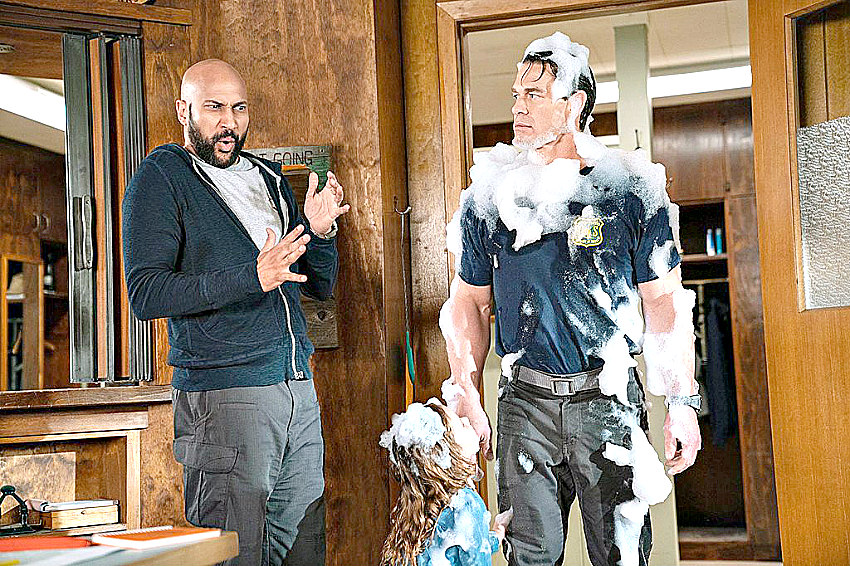 The surprise participant here is Keegan-Michael Key who is usually in edgier comedies. He’s one of four elite forest fire fighters in California commanded by John Cena. In a key scene they get themselves engulfed in soapsuds thanks to one of the three children they rescue turning on a hose. There’s a lot of humor like that because these kids are rambunctious . A more serious issue comes up later but most of the film is taken up with their antics and the inability of the men to control them. Low-level fun for parents with children, it’s harmless but not uplifting. Judy Greer plays a biologist and love interest and since it was filmed here in Vancouver and Burnaby you’ll see a few Canadian actors in it. They include locally-born Lynda Boyd (CBC”s Republic of Doyle), Kristine Wilson from Winnipeg and Tyler Mane as Ax. He is perpetually silent until suddenly bursting out in song, which is typical of the level of wit in this movie. (International Village and suburban theatres) 1 ½ out of 5

ADFF: The Architecture and Design Film Festival is on through Sunday at the VanCity Theatre. It is organized from New York for different cities each year and its films about real estate and urban design should be a natural for Vancouver. I've written very positively about two films they're showing: PUSH about the crisis in affordable housing in cities all over the world and  CITY DREAMERS which profiles four women architects, including here in town, Cornelia Hahn Oberlander. I'm also intrigued by CITY EVERYWHERE: STORIES FROM THE POST ANTHROPOCENE in which "speculative architect" Liam young tours "a quasi-fictional city of the near future."
You can find the whole schedule at adfilmfest.com. At the top, click on Vancouver.

VAFF: Vancouver Asian Film Festival: The 23rd annual is now on at Cineplex International Village until Sunday evening. I’ve previously written about and praised two of the offerings. Both are documentaries. THE WORLD IS BRIGHT (tonight at 9:00) follows a mystery. Why and how did a student from China die here in Vancouver? His parents come to find out. Midday Saturday, BECAUSE WE ARE GIRLS shows a harrowing accusation by three sisters here in B.C. that their South-Asian immigrant parents refused to stop a relative from sexually abusing them. The case has been in and out of court since the film was made.
Films from several countries are on the schedule plus some panel discussions. One of them, Saturday 11:00 will be about Asian leading men in Hollywood. The entire line up is available at https://festival.vaff.org 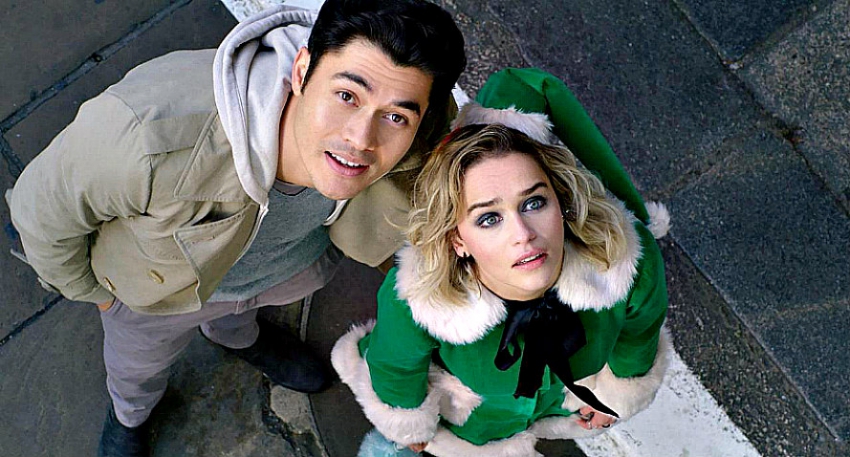 I haven’t seen it but the BBC, which had been touting it because it is co-written by Emma Thompson, had this to say in the eventual review: “There aren’t many comedies which are so nauseatingly sweet and sour simultaneously.” Here’s the link if you want to read more.