Reviews of Passion, The Family and Insidious Chapter 2 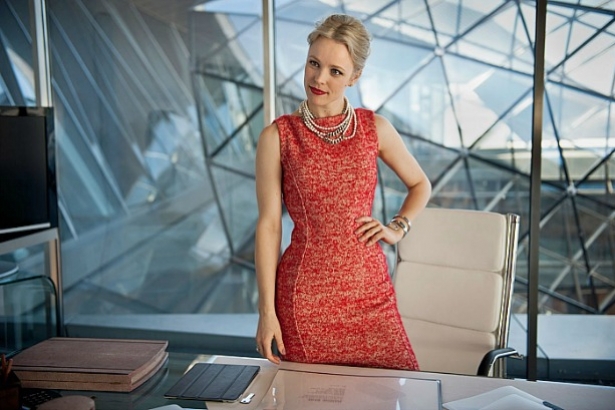 Escape reality is the theme of this week’s new releases.  Except for Direction One, that is. The concert and backstage documentary has been re-released already. With 20 extra minutes to watch the boys in action.

THE FAMILY: This one has a lot of the correct elements: a good cast, a strong story and a cheerful tone with anxiety building off stage and promising a rousing climax. Also a vibrant director, France’s Luc Besson, an old hand with action films who occasionally, as in his last film, The Lady, stretches out into calmer territory. All that and still this one feels lethargic, plodding along with improbabilities and stereotypes and humor that draws only mild laughs. Besson has made a film in France to appeal to Americans and it doesn’t quite work.

Robert De Niro and  Michelle Pfeiffer and their two high school-age children, one of whom is Dianna Agron of Glee fame, are relocated from Brooklyn to a small town in Normandy, France as part of the U.S. witness protection program. Unlikely to impossible, I’d say. He snitched on his gangster pals; the chief among them sits in prison plotting how to find him. Tommy Lee Jones plays his FBI handler who drops in with advice now and then along the lines of “try to fit in.” Shouldn’t be that hard because everybody in Normandy speaks English, it seems. Except for one cop and he’s shot for his omission. The son gets beaten up and gets revenge. The daughter smashes a would-be lover boy with a tennis racket. Mom gets banned from church and dad, not long after burying a body, cites his top 10 reasons why he’s actually a good guy. Old habits die hard, they say, but they should be funnier than they are here. Instead, with those Brooklyn hoods bound to show up eventually, the film doesn’t rise above predictable.  3 out of 5

PASSION:  Brian De Palma reappears in the world he inhabited so well, with films like Body Double, Blow Out and Dressed to Kill, back with the 1980s. And he brings his signature working methods with him. This office thriller pulls you in by carefully building an unequal power relationship between two women in an advertising agency, adding kinky details and then letting fly with an overwrought freak out. At its climax, you can watch a murder on one side of the screen and ballet dancers perform Debussy’s Afternoon of a Faun in the other. Pure De Palma.

Much like she did in Mean Girls years ago, Rachel McAdams plays it ruthless, as the boss to Noomi Rapace. The former Girl With the Dragon Tattoo doesn’t complain when her boss steals an idea and takes credit herself but she does retaliate by sleeping with her  boyfriend. The catfight is on and kinky details pile up. An office lesbian takes an interest in Noomi and there are hints of a similar attraction between the two main women. The mood gets mysterious and like in a film noir more of the camera angles are from below. It’s a stylish film and De Palma attacks it with trashy glee even though the plot becomes pretty ridiculous. It’s been on the shelf for a year since debuting at the last Toronto film festival. (Rio Theatre) 2 ½ out of 5

INSIDIOUS CHAPTER 2:  Director James Wan has single handedly brought back the haunted house movie, just recently in the big hit The Conjuring, before that with Insidiousand now with a sequel, or chapter two.  This one is not as fresh and therefore not as effective but it still delivers lots of shocks and startles as people creep apprehensively into dark rooms and down into the basement looking for what’s causing bumps and creaks.

In chapter one, Patrick Wilson played a father who had to go out into a spirit world to rescue and bring back his son. In this chapter, it turns out something has followed him out of there. His wife (Rose Byrne) checks out the noises, the doors that open and close by themselves and the spectral figure she sees flitting about the house. His mother (Barbara Hershey), in whose house they’re now living, brings in three paranormal investigators. Together they uncover a complex web of a story with roots that go back decades and continue in a mess of unfinished business. There are nice chills and tingles but also too much story in a sense. With parallel time frames and dimensions and doppelganger characters at its height, I wasn’t sure at times who was doing what, or where. The atmosphere is nicely creepy and cut by more humor than is common in these films.  2 ½ out of 5

NOTE: All images are supplied by the film producers. They are the exclusive property of their copyright owners.