Reviews of the new Star Wars movie, The Danish Girl, Sisters and Youth 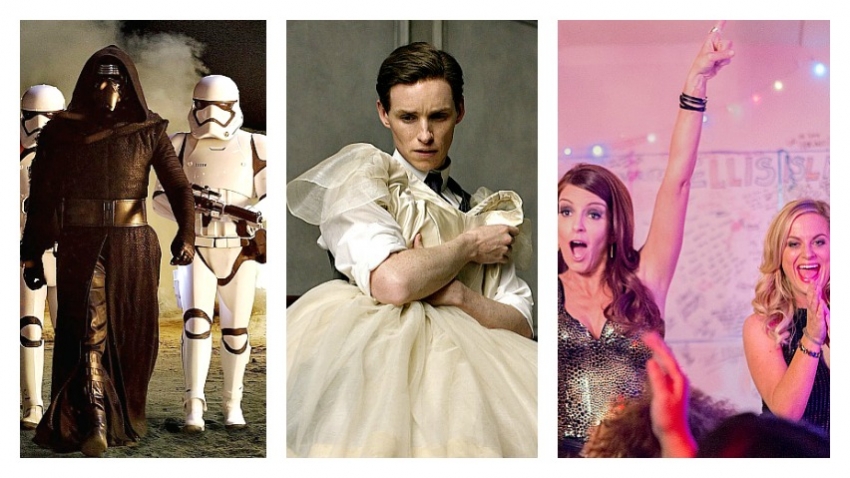 Also three at the VanCity Theatre for fans of movies, modern art or animation

Star Wars is the big one this week. No doubt about that but there are very good alternatives too. Read on.

Alvin and the Chipmunks: --

STAR WARS: THE FORCE AWAKENS: Previously in this epic story, the rebels blew up a replacement Death Star that the Empire was building and Luke Skywalker resisted his father’s appeals to join him on the dark side. In fact, Darth Vader showed some remorse just before he died. He even killed the emperor. Now, it’s 30 years later and this new episode picks up perfectly on the story lines and the ambience of those first three films. Fans love it. They cheer at the first sight of the Millenium Falcon and many more times to come. Last night at the Dunbar, they gave the film a prolonged applause at the end.

Favourite characters like Han Solo (Harrison Ford), Princess Leia (Carrie Fisher) and Chewbacca are back. Luke we learn right away is missing and everybody wants to find him. He is the last Jedi knight after all. And, we also learn, a new evil is rising. The so-called New Order aspires to be another Galactic Empire and Kylo Ren a new Darth Vader. A powerful starbase is being built and it’s up to a new batch of good guys, played by Oscar Isaac, John Boyega and Daisy Ridley to energize the resistance. 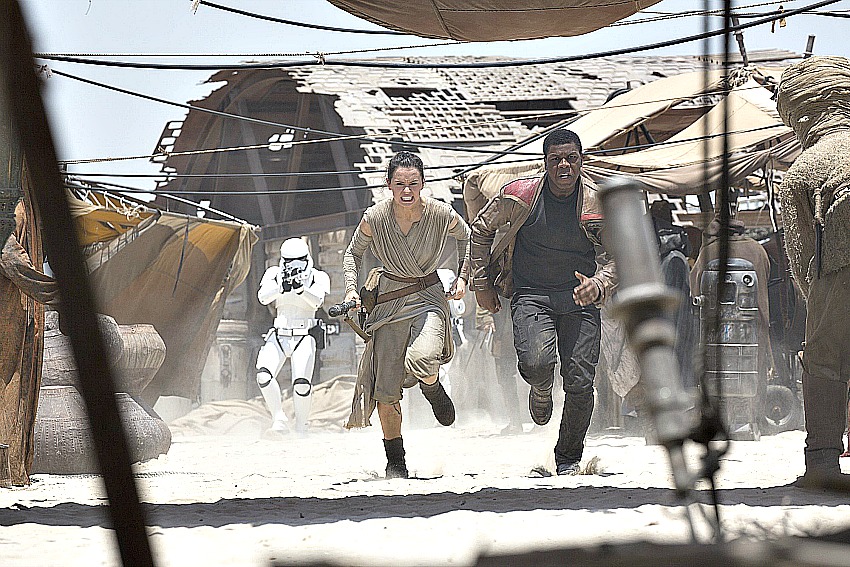 On the bad side we have Gwendoline Christie (as Captain Phasma), Domhnall Gleeson (as Gen. Hux),  Adam Driver (as Ren) and Andy Serkis as Supreme Leader. But it’s J.J. Abrams, the director, who I’d tab as the real star. He has brought back the magical fantasy that Star Wars had in its best moments, inserted many references back to them, added stunning new plot twists and brought out the ex-wings and tie-fighters for big battle scenes. Exciting stuff. Modern mythology. You can’t ask for more than that in a good popcorn movie. (Scotiabank, Dunbar and many suburban theatres) 4 out of 5

SISTERS: Tina Fey and Amy Poehler were very funny together on Saturday Night Live, less so in their first movie together (Baby Mama, seven years ago) and are back in form again in this new one. It’s the material that’s lacking. The script by Paula Pell, ex of SNL herself, has little to say about sisterhood or growing up but slips into a bawdy farce about women partying badly. It becomes almost exactly the same yarn as Project X a few years ago about a teen party that spins out of control. 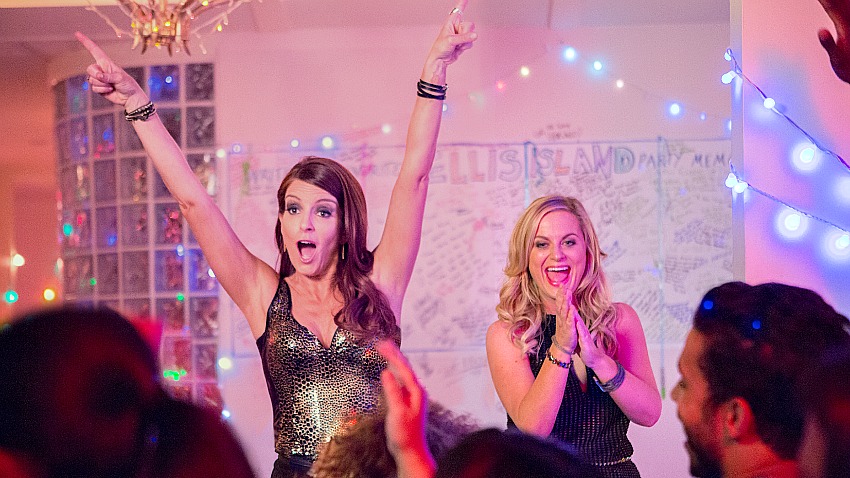 It doesn’t start that way. Tina and Amy are handed a common predicament: parents downsizing and ready to jettison the leftovers from their childhood. They rush to Florida where the family house has already been sold and try to empty out their old stuff. Naturally, they recall their youth as they go through diaries, toys and posters. They decide to actually relive it by throwing a big party for all their old friends (all but Brinda, played by Maya Rudolph, because she’s annoying). Guess who tries to get in anyway. Drugs, drink, sex and embarrassing memories flow freely. Soap suds, blue paint and a sinkhole add to the mayhem. It’s raucous fun though pretty shallow. Fey (“I am not a hothead, I am brassy!”) and Poehler (as a serial do-gooder) are free and easy together. But man do they take the idea of a woman’s comedy, post Bridesmaids, to some raunchy territory, getting off many dick jokes but, to their credit, balancing them with just as many vagina jokes.  (Scotiabank and suburban theatres) 2 ½ out of 5

THE DANISH GIRL: The reason for much of the praise this film is getting is that is dares to be truthful about the LGBT community. It tells of one of the first people known to have received sex reassignment surgery. That sounds like it might be one of those politically correct films about a minority problem, and possibly dull. Think of it this way though: the main stars, Eddie Redmayne, Alicia Vikander, and the director, Tom Hooper, succeed in making it a moving story of unconditional love. Apparently, it’s not completely true to the real story, but it is affecting. 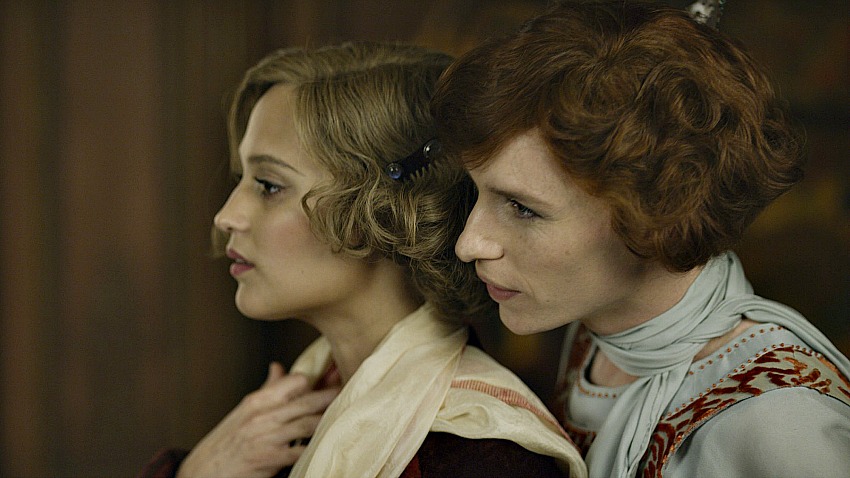