Reviews of the new Star Wars, the latest Churchill and a bunch of awards nominees 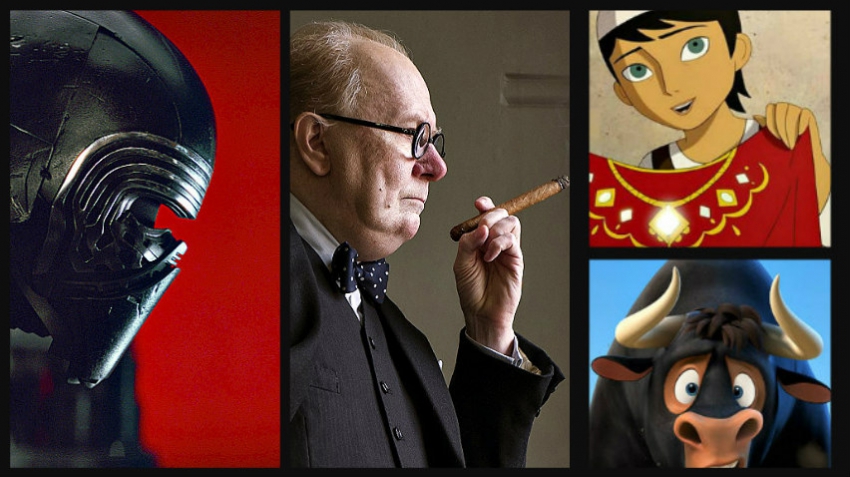 What a week for the movies. Not only do we have possibly the biggest film of the year, we’ve got five with awards nominations (or wins already) and going for more.

The Shape of Water: 3

The Other Side of Hope: 3

STAR WARS: THE LAST JEDI: Even as they’ve been busy buying another movie studio (20th Century Fox) the Disney people have expertly built the anticipation for this one to astronomical levels. Luckily, the film delivers. It’s long but doesn’t feel so. It does have a strong beginning and end and a meandering middle but delivers enough thrills and additions to the mythology that it should please the fans. Maybe. Some of what the last film set up doesn’t continue here.  A cluttered scenario does, though. 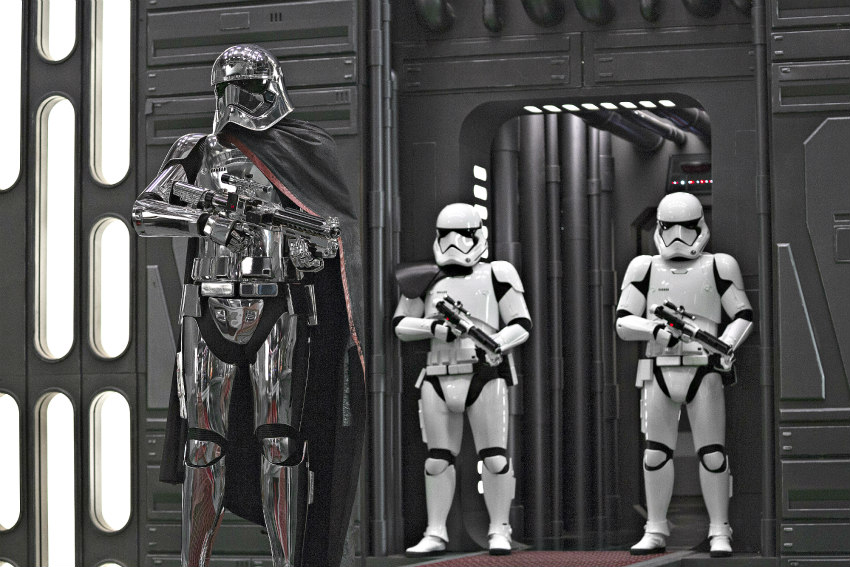 Number one question: what’s Luke Skywalker been up to all these years? He was found at the very end of the last film and is now a recluse on a rocky island. Why? “I came here to die,” he says. That’s all we get. He mutters that the Jedi order was a failure, prone to hubris. And he won’t train the prominent new character Rey (Daisy Ridley) in its ways.

That’s a provocative start, especially since we know that the resistance (led by General Leia, yes Carrie Fisher in her final appearance) is being battled into submission by the The New Order, which has taken over from the Empire. Skywalker is badly needed to help. Conversely the Supreme Leader on the bad side (Andy Serkis) needs to have him found and eliminated. Kylo Ren (Adam Driver), rising fast in the bad guy ranks, has existential issues as he looks for him.  John Boyega and Oscar Isaac continue their efforts on the rebel side undeterred by self-doubt. There are more, probably too many characters and plot points for ordinary viewers. But there are also terrific set pieces, two light-sabre fights, a line of AT Walkers like in a previous film, spaceship battles and a visit to a casino where arms dealers (“the worst people in the galaxy”) hang out.  Rian Johnson, who wrote and directed, used to play with Star Wars toys as a kid. He injects more humor than usual but in all other ways respects the legacy. (Dunbar, 5th Avenue, Scotiabank, Marine Gateway and suburban theatres everywhere) 3 ½ out of 5

DARKEST HOUR: As well-performed, written and staged as this Winston Churchill story is, I couldn’t shake the feeling that we’ve seen it all before. He’s been portrayed so many times, just six months ago, for instance, by Brian Cox in a film that emphasized his flaws. Not here.  Gary Oldman’s Churchill is stubborn and known to be a drinker but predominantly decisive and immovable when facing down the Nazi threat. Oldman captures his inspiration, if not consistently his appearance, and has a Golden Globe nomination. 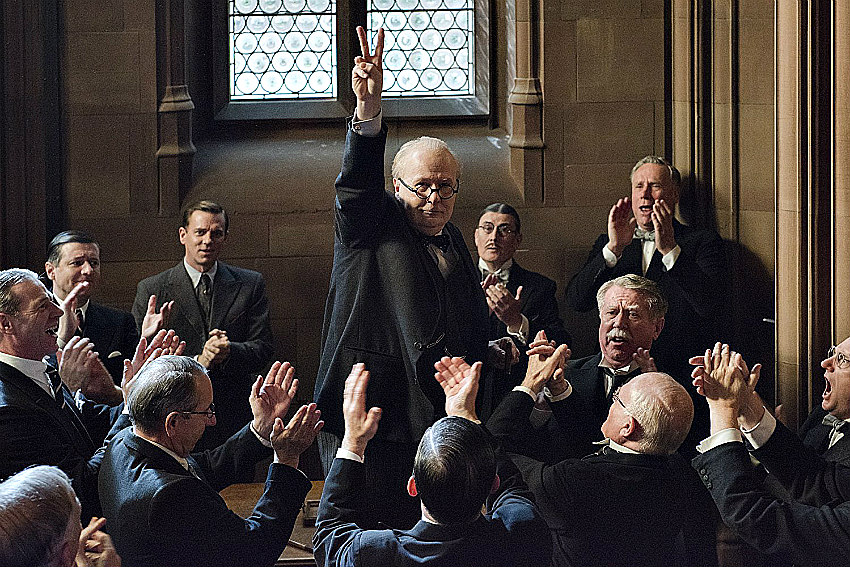