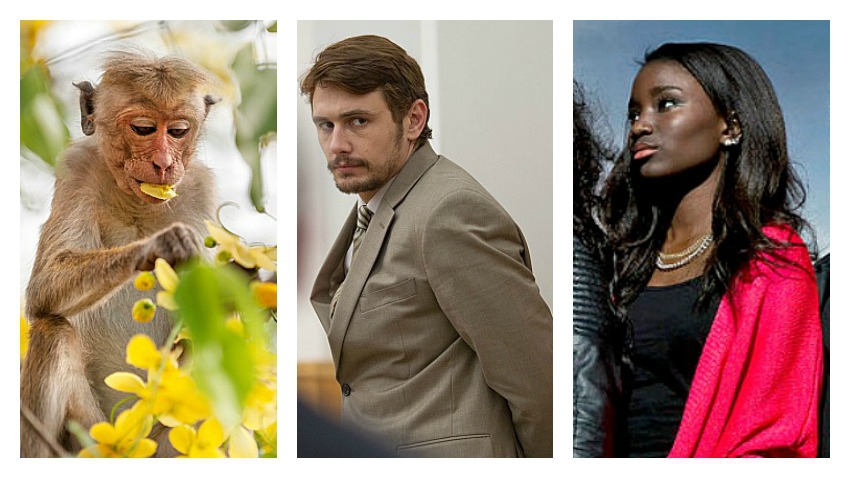 Cyberbullying, street hustlers, youth gangs, home invasion, wife and child killing, and warring wildlife. We’ve got them all at the movies this week. Also ethics, or not, in journalism.

Modern youth is a big theme this week. We observe them at the computer, running wild in Paris and (in a monkey version) striving to survive. Meanwhile Jonah Hill and James Franco team up for a non-comedy talk fest about truth and guilt.

MONKEY KINGDOM: Don’t be put off by anybody who says we’ve seen all this before. Yes, nature documentaries do tend to look and play alike but don’t miss taking the kids to this one. It’s the latest—and best—of the annual films for Earth Day from Disneynature. Mark Linfield and Alastair Fothergill again co-direct--they created three of the previous films plus the great series Planet Earth for the BBC—and Tina Fey gives a playful narration. But it’s the macaque monkeys of Sri Lanka with their antics and expressive faces who provide the fun.  And who knew about the class struggles in their colony? 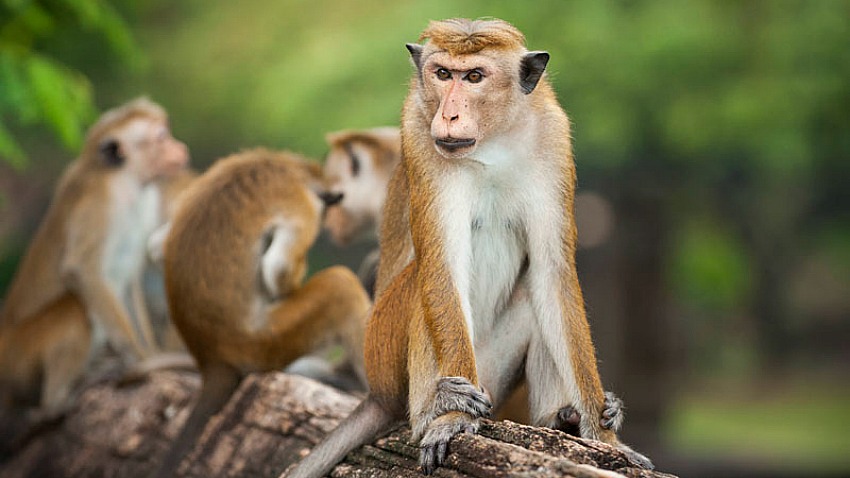 The crème-de-la-crème, led by Raja, the alpha money, eat high in the trees and live in some ancient ruins called Castle Rock where commoners aren’t allowed, not even during the heavy monsoon rains. The low-born, like Maya, find what they can down below. She’s the star of the movie. Romanced by Kumar, she gives birth to Kip and performs all the usual motherly duties like keeping him safe from a monitor lizard. But when the colony, Raja and all, is driven out by a marauding band of other monkeys, Maya has to become a leader, first scrounging in a market town and then fighting to get back home. Beautiful camera work shows it all. Some of it is surely staged. For instance those monkeys looking into a mongoose lair; we see them from both the outside and the inside. No matter. The film works.  (International Village and suburban theaters) 4 ½ out of 5

TRUE STORY: There’s excellent acting here but to what end? The movie seems to be groping toward something profound but just doesn’t find it. The nature of truth, trust and friendship are all scattered around here without ever cohering into an overall theme. Also, from background material I’ve read, it seems some of the “true story” is left out or downplayed. It’s hard to find the meaning in what’s left. 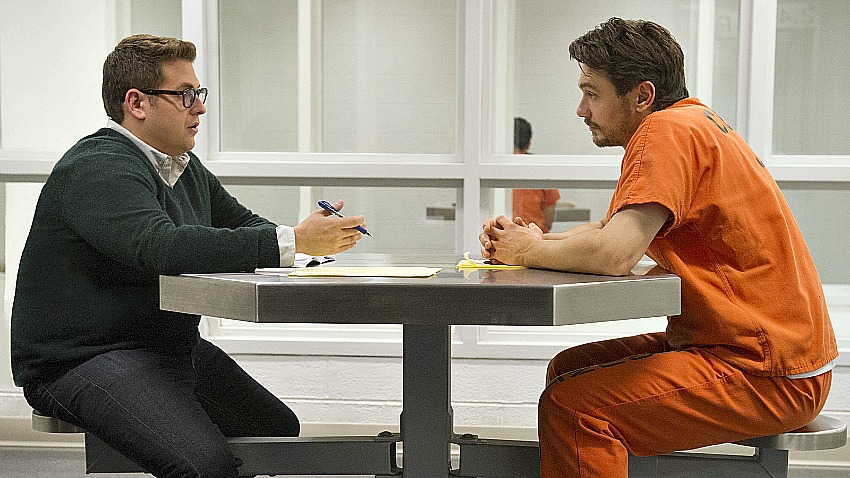 Jonah Hill plays journalist Michael Finkel who after being fired by The New York Times for misrepresenting the facts in a major article retreated to Montana  where his attempts to pitch story ideas to other papers went nowhere. Then he was directed to a bizarre one. He could see a book in it. It could restart his career.  A fugitive named Christian Longo had claimed he was Finkel when he was arrested in Mexico for killing his wife and three kids. He’s played with squinty-eyed  and creepy self-assurance by James Franco. In a series of face to face meetings, he’s evasive but chatty and a little bit flirty. He charms the reporter who later muses they are much alike. I don’t see any reason for that.  In real life he was warned the guy is a pathological liar. In the film he should have seen it himself and not just a story he could sell and possible redemption for himself. Ethics are muddy all the way through this unconvincing film.  (International Village and suburban theaters) 2 ½ out of 5

GIRLHOOD: This is not related to the great American film “Boyhood”. It’s from France where it bears the more appropriate name 'Bande de Filles' which means ‘Gang of Girls’. Its tale of growing up is much more specialized, set in the grim immigrant housing projects in the suburbs of Paris and featuring more dead-ends than opportunities. The director, Céline Sciamma, now has three well-received movies about the problems of youth.