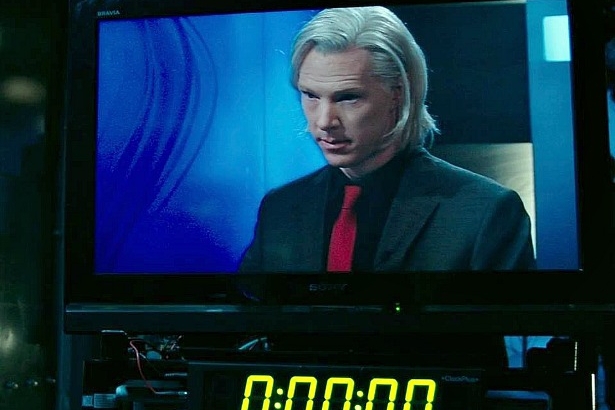 Another week with many new movie choices for you, from the new journalism of The Fifth Estate, to a check-up of women’s rights in Saudi Arabia, a visit to a hit-making studio in Alabama and even a classic Italian oldie.

THE FIFTH ESTATE: You’ll learn a lot from this movie about WikiLeaks and its founder Julian Assange and his work to release information businesses and governments try to hide. He exposed a Swiss bank, election fraud in Kenya, Scientology’s secrets and more. Then his coup: American outrages in Afghanistan and diplomatic blunders in e-mails. But you still won’t feel you’ve got the whole story. The film skips a lot, is too busy in some areas and wobbles between points of view just as you’d expect some definite conclusions. 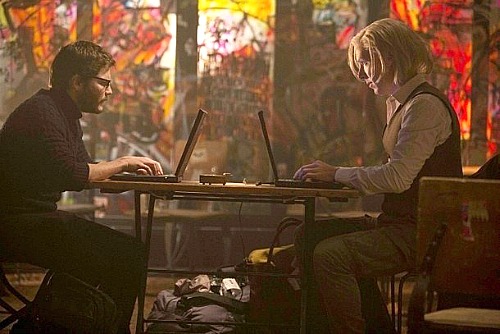 Naturally, much of the film’s action is at the computer and between two men: Assange, played brilliantly by Benedict Cumberbatch, with just the right single-minded insistence of the driven activist, and his Berlin associate Daniel Berg, who later went on his own and wrote one of the two books this film is based on. Daniel Brühl, who is also in theatres as Nikki Lauda in Rush, plays him as a nice guy, content to overlook Assange’s self-centered, self-important airs in favor of the new journalism he’s trumpeting. There’s a hectic pace as we’re given the basics and the self-promotion, watch newspapers co-operate and US government officials (Laura Linney, Stanley Tucci) squirm and Julian and Daniel head to a falling-out.  That’s where we finally get into a few ethical issues. No sign of Assange’s sex charges or what he’s thinking sitting there in Ecuador’s London embassy.  Or of his biggest source, Bradley Manning, sitting in prison for the next 35 years. Like I said, fascinating stuff but incomplete. (5th Avenue, International Village and many suburban theatres)  3  out of 5

WADJDA:  It’s charm and humor that drives this look at the status of women in Saudi Arabia and the situation is far more mixed than we might imagine. The very fact that this film exists gives you some indication of that. It’s the first ever made entirely in that country, where cinemas don’t exist by the way, and the first directed by a woman.  Haifaa Al Mansour is hardly shut out of that work; she’s done a great deal in TV and print where she’s explored women’s issues. But she had to direct some scenes by walkie talkie so as not to be seen mixing with and giving orders to men. Those kind of contradictions shape this simple tale of a young girl who wants a bicycle. 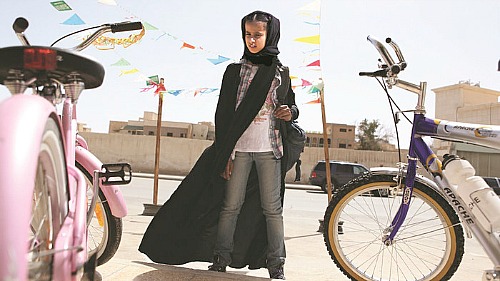 She’s endearing and headstrong, as played by Waad Mohammed, and willing to defy conventions. She wears Chuck Taylor sneakers and secretly listens to “evil songs,” as her mother calls them, on the radio. When she’s too loud in the schoolyard she’s told she should not be heard by men outside because “A woman’s voice is her nakedness.” She tries money-making schemes but they’re too slow, so she joins an Islamic club just so she can get into a Koran competition and win the money she needs. It’s a standard story arc, takes an ironic turn and still finds optimism in a very-conservative society.  (International Village) 4 out of 5

MUSCLE SHOALS: One of my all-time favorite record albums is Tell Mama by Etta James. This lively documentary takes us to the small Alabama town where it was created, tells us how it came about and why some of the biggest names in rock and R and B went there to record. 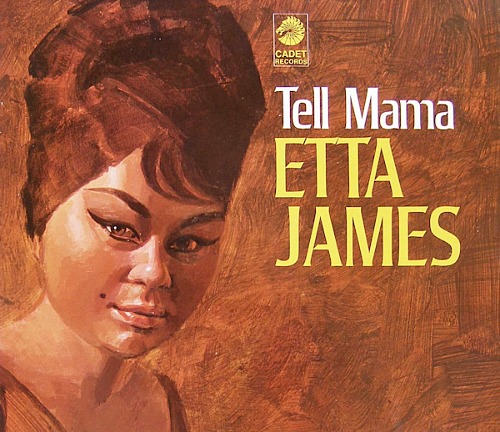 Etta was recorded by Rick Hall. He, his Fame studio, and his utter perfectionism are at the centre of the story. He tells how he grew up poor (“dirt floors”) and was driven to make something of himself. Recording hits by Aretha Franklin, Percy Sledge, Wilson Pickett and others did it for him. Then his best rhythm players, dubbed The Swampers, left and started their own studio. The town now had two and they turned out classics like Brown Sugar, Kodachrome, I’ll Take You There, even Jimmy Cliff’s reggae hit, Sitting Here in Limbo. Stars like Bono, Alicia Keys and Mick Jagger try to define the “Muscle Shoals Sound” while the film offers lots of music and trivia. Why there’s a concert piano in Free Bird, why Atlantic Records pulled Aretha out, how Duane Allman got to playing slide guitar, and more. Not clear is what relations between the two studios were like or that Rick Hall later turned to country music where he produced many more hits. Still, A real treat for music fans. (VanCity Theatre) 4 out of 5

CAMILLE CLAUDEL, 1915: Juliette Binoche is mesmerizing in this grim, unsettling film from France. She plays the same character (sculptor, student and mistress of Rodin) that won Isabelle Adjani an Oscar nomination back in 1990.  But it’s now several years later.  Her family has her confined to an insane asylum and she is annoyed, sometimes disgusted, by the other inmates. She feels better than them, calls them “creatures” and can’t understand why she’s among them. 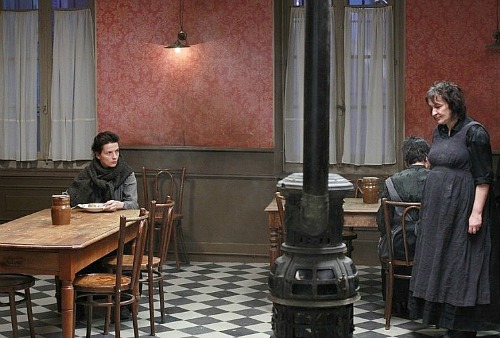