Reviews of In the Fade, timely, the new Maze Runner, loud, and Hollow in the Land, local 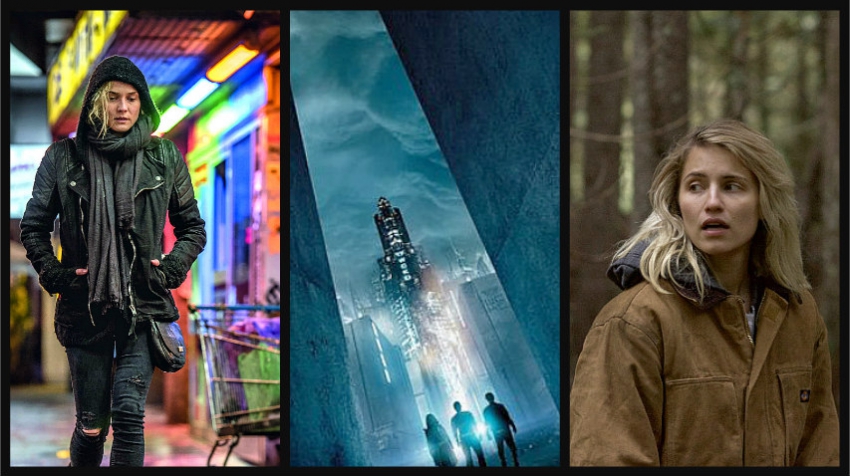 Also three documentaries about geek girls, musclemen and a pre-Beatles band in Liverpool

I didn’t find a lot surprises in the Academy Award nominations this week. Sure, 13 for Shape of Water seems excessive, but Dunkirk, Three Billboards, Lady Bird and others got appropriate recognition. Not so for In the Fade, though. (See below). And why 7 nominations for films from Netflix? Isn’t it sort of a TV service? Isn’t it partly responsible for the severe decline in attendance at actual movie theatres last year? Once again though, I’m happy that The Boss Baby was recognized. It won’t win but it’s a contender.

IN THE FADE: The film won a Golden Globe a couple of weeks ago and Diane Kruger won best actress at Cannes.  Sadly, they weren’t even nominated for Academy Awards. That’s a gross oversight because this is a powerful and timely film anchored by her electric performance. She exudes grief and then anger building to resolve to get revenge. All that without ever overdoing the emotional outpouring. She makes it feel stark and genuine. 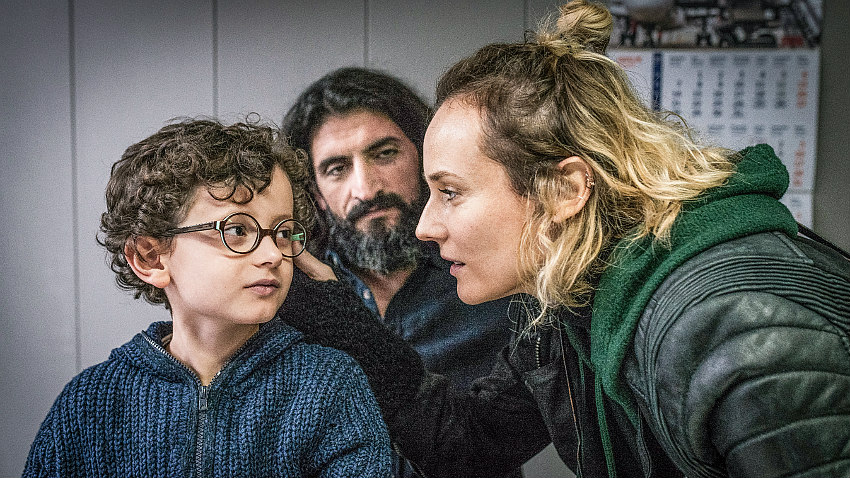 Kruger (surprisingly the first time she’s acted in a German film, although she was born and grew up there) plays a wife and mother in Hamburg. Her husband is a Kurdish immigrant, gone straight after a jail term for drug peddling and now a successful tax consultant to his community. A bomb kills him and their son. The police think it’s a drug gang killing. She thinks neo-Nazis did it and in fact two are charged and put on trial. That court case is a fascinating procedure to watch because lawyers can debate, interrupt and carry on far more freely than we’re used to. The verdict brings on an entirely unexpected third-act denouement that’ll have you debating how appropriate it is. There’s no doubt though that the film is angry and tense, perceptive about human reactions in emotion-charged situations like this and thoughtful on a theme we’ve seen quite often: justice or revenge. Director Fatih Akin (German-born of Turkish immigrant parents) co-wrote the script with a lawyer. (International Village) 4 out of 5

MAZE RUNNER: THE DEATH CURE: It was only a few years ago that young adult dystopian movies were all the rage. But The Hunger Games is over; Divergent has fizzled and others have ended or wilted. This one arrives a year late because the star, Dylan O'Brien, endured a very long recovery after an accident during filming up near Kamloops. (The film was finished in South Africa). It’s the third in a trilogy and part of the title doesn’t even seem relevant anymore. Escaping from a maze happened in the first film. Running and more running happened in the second and now those escapees are on a mission that could cause a contradictory side effect. It could foil the development of a vaccine for a deadly virus called The Flare.  They’re immune and have been pursued by the evil WCKD corporation hoping to duplicate that immunity. Seems like mixed motives there. 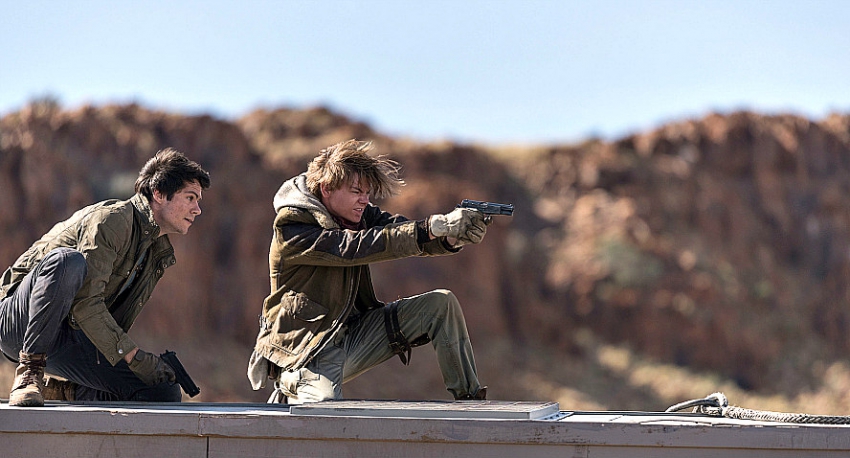 Dylan and his friends rescue some orphans in a spectacular train sequence at the start, find that one is missing and head to the so-called Last City to rescue him. That’s where Patricia Clarkson, aided by Aiden Gillen, is presiding over the research. Getting in is hard; there’s a wall around it to keep the rabble out in their slums. But a secret tunnel and some zombie fighting (yes, they’re around too) gets them in. We’re treated to a beautifully-designed futuristic city and then action, lots of explosions. You get your money’s worth with these thrills, if you don’t mind the mundane story they arrive in. The ending feels muddled, but who cares. Wes Ball, who directed all three films, has capped the trilogy with this loud, speedy and long finale. (Scotiabank, Marine Gateway and suburban theatres) 3 out of 5

HOLLOW IN THE LAND:  Scooter Corkle (great name) has worked for years in the film industry around here and has finally made his own movie. It’s strong in settings and atmosphere; not so much in plot. It takes you on so many turns you’ll be straining to follow them but you will get a genuine picture of small town life. Everybody knows everybody’s business and is fast to object to what they disapprove of. Scooter seems to know that well. He set the film in Castlegar in the Kootenays, where he grew up.