Reviews of Closed Circuit,The Grandmaster, One Direction: This is Us 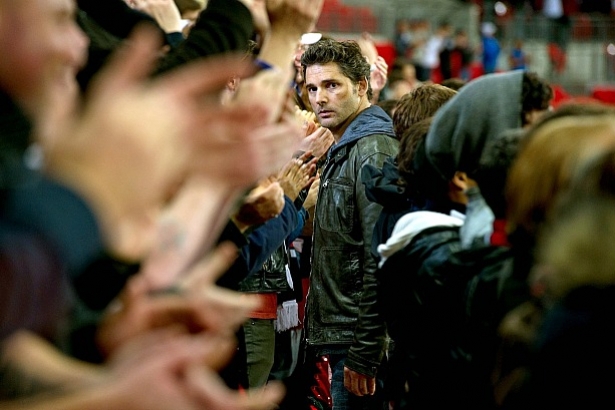 The Labor Day weekend is one of the dead times at movie theatres. The new films tend to be also-rans although this year a low-key but smart political thriller has snuck through. Also two with performers  that young teens like, a kung fu chronicle from China and a sci fi film so silly it’s great fun.

CLOSED CIRCUIT: If this were an American film it would climax with some loud courtroom yelling along the lines of “You can’t handle the truth!”  But this is British. Things are calm and understated and even beyond uncharacteristic in the way they wind up so quietly. Make no mistake, though. This is a thoughtful thriller concerned more with ideas than fireworks. It's cynical about people in power and quite engrossing. 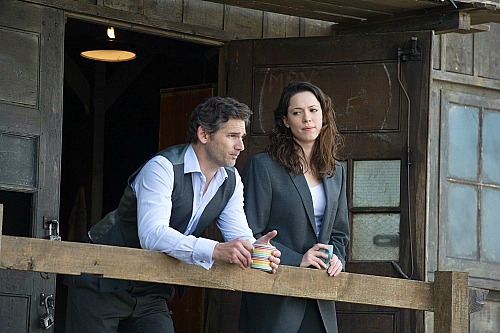 A terror bomb explodes in London. A young Muslim is arrested and two lawyers (Eric Bana and Rebecca Hall) are appointed to defend him. Since it’s a national security case and much of the evidence is secret, Hall’s role is “special advocate” which means she can see the evidence which is not revealed to the accused or his other defender. It’s just one of several legal wrinkles this film explores about how states deal with highly sensitive security cases. A couple of other old hands, Jim Broadbent, as a government insider, and  Ciarán Hinds, as Bana’s boss, are there to talk us through the intricacies. Suspense and paranoia grow. MI-5, the British CIA, comes into it. Surveillance is everywhere, just like the real modern world.

A few script problems get in the way, though.  The two defenders are not allowed to talk to each other but how can they not? They previously had an affair. That’s a bit contrived. Worse, plot points are telegraphed before they’re revealed. We’re denied the pleasure of real surprise. Except for that ending. It slips in so fast we’re caught right off guard.  (5th Avenue, International Village and a few suburban theatres) 3 out of 5

THE GRANDMASTER:  Plenty of style, atmosphere and beauty is what you get here. Enjoy them; the story is harder to connect with. That’s partly because it bounces around over a long time frame and feels disjointed. Also, it’s a biography that concentrates more on philosophy than facts, and takes liberties with those. 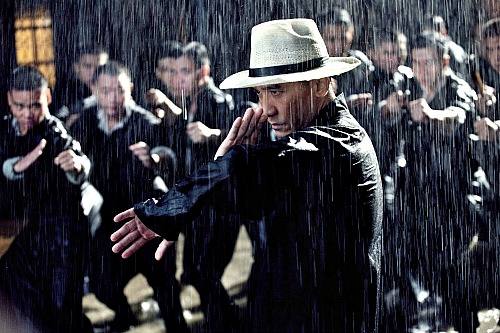 This is Hong Kong director Kar Wai Wong’s take on the life of Ip Man, the martial arts master who taught Bruce Lee (a fact mentioned only in a post script but well-known to both their followers).  Forty years after his death he remains a national hero in China. He brought martial arts styles from the north and south together, taught a style called wing chun and has been portrayed in several movies. Tony Leung plays him with a cool, stoic demeanor, even in the several beautifully-staged fights (choreographed by Yuen Woo-Ping) that he gets into and wins easily. This film doesn’t mention that he was a policeman who was on the wrong side when the Communists took over and had to escape to Hong Kong.  It does make some fuzzy sniping comments about collaborators.

And it invents a fictional love interest who brings rapturous scenes of longing but also snags into the story.  She (played by Ziyi Zhang) is the daughter of an opponent, inheritor of his style and seeker of revenge for his death. Inconveniently, she takes a vow of celibacy and swears off martial arts. There’s a strong melancholy tone here and the movie is much more of an art film than a kung fu experience.  (Scotiabank and suburban theatres) 3 out of 5

ONE DIRECTION: THIS IS US: Yes, but it doesn’t turn out to be that much. Niall, Zayn, Liam, Harry and Louis are just nice guys. They’re not witty or edgy. They like each other and love their fans and are amazed at what’s happened to them in just three years. Simon Cowell put them together as a boy band after they failed to win individually on his X-Factor show in the U.K. (He appears to tell that part himself).  Thanks to the internet, they were world famous before they even recorded any songs. Now they draw young girls screaming joyously to their mega concerts. This film follows them on a world tour and alternates between on-stage performances (just singing, no dancing, the same show, I’m told, that they did in Vancouver recently ) and backstage hanging out where they come across as amiable and safe. Martin Scorsese and Chris Rock both show up to say good things about them. 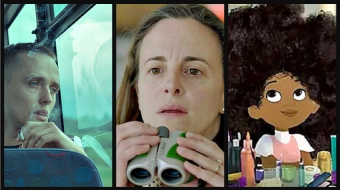