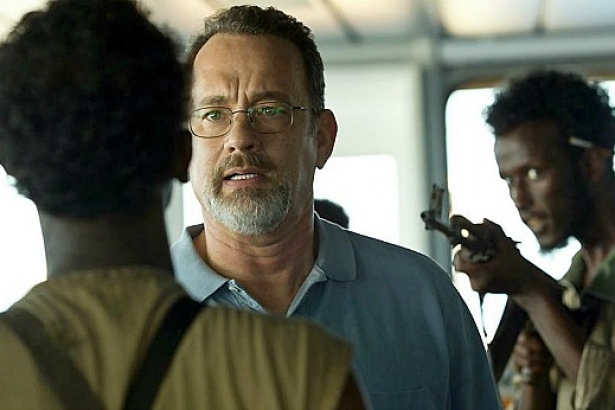 VIFF is ending and that’s usually a letdown. The regular movies arriving in theatres just don't compare. Normally. This week there are several quality films to choose from. You also have an entire week of VIFF repeats at the VanCity Theatre. (See VIFF.org for the schedule)

CAPTAIN PHILLIPS: I often worry that creating real suspense is almost a lost art in the movies. Then Paul Greengrass comes along and sets things right again. He’s directed a real nail-biter here and, as in his Bloody Sunday and United 93, it’s a story that really happened. There’s far less action than the two Bourne movies that he’s more widely known for but as compensation there’s a fixed concern for accuracy. And a superb performance by Tom Hanks as an ordinary man pushed to his limits. 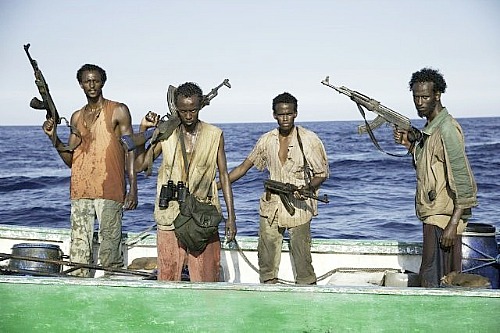 He’s the captain of a cargo ship that’s taken over by Somali pirates. The suspense starts as their small boat appears as a blip on the radar and then visually on the horizon. It cranks up when four Somalis board the cargo ship (where the captain has sent the crew to hide below). Then we get a face-off between two leaders: the captain, who stays cool, and a pirate named Muse, played by Barkhad Abdi, a Somali immigrant to the U.S.  He’s nervous and impulsive, claims he’s the captain now and has a short speech justifying what he’s doing, which includes kidnapping Cpt. Phillips for ransom.

It’s strange to see the mammoth cargo ship taken over by just four guys in a motor boat. The contrast in size is not only real (the film is based on a book written by the captain) but also a parallel for nations on earth. Points like that aren’t stated overtly, but they’re on the screen nevertheless. That makes this exercise in suspense rich in substance too, although I wish it had more on the pressures that drive the pirates.  (The Park, Dunbar, Scotiabank and many suburban theatres) 4 out of 5

WATERMARK:  Straight from our own film Festival and Toronto’s, this artful essay on water gets a regular theatre booking. Many see it as a warning about our misuse of water, a lament of sorts. I see just as much of a celebration in it. The ending for instance, dwells on the free-flowing Stikine River right here in B.C. It’s wild and clean and represents an ideal. A local fisherman states the message: “We are all water.” 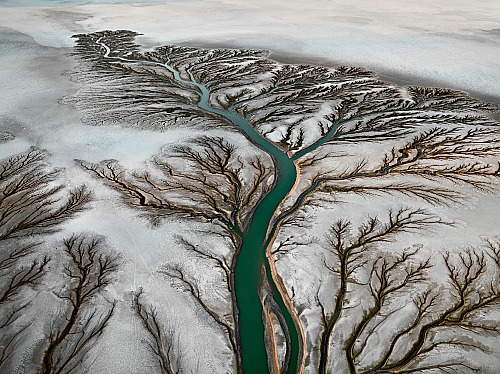 The film uses dramatic pictures to make the same point, such as the flower-like Colorado River in the picture above, or the roaring discharge from a dam at the start of the film, or thousands of Hindus bathing in the Ganges River in India. There are also grim pictures like a dried up, cracked expanse of desert or a river in Bangladesh frothing with chemicals discharged from a tannery. It’s dramatic, engaging and will make you think. The film is co-directed by Edward Burtynsky, the photographer, and Jennifer Baichwal,the filmmaker. They collaborated seven years ago on Manufactured Landscapes. There’s no preaching here, just a late statement of how all life depends on water. The pictures tell the rest of the story.  (Fifth Avenue Cinemas. Burtynsky and Baichwal will do a Q&A after the 7:00 p.m. show Friday) 4 out of 5

ROMEO AND JULIET: I don’t mind it that there’s been a scalpel taken to Shakespeare’s play; that it’s been streamlined and some of the language has been simplified. As long as the essence is still there. Julian Fellowes, most recently of Downton Abbey fame, has kept the poetic spirit in his shortened screenplay and it’s been turned into a likeable film. Purists will object to a few changes, the ending for instance. It’s still a tragedy but with a significant addition that does no harm and may actually be a small improvement. Another change: Friar Laurence’s message to Romeo: the film not only changes the reason it did not get to him but, unlike the play, also shows it.