Recalling a tabloid sensation in I, Tonya and Psycho’s shower horror in 78/52 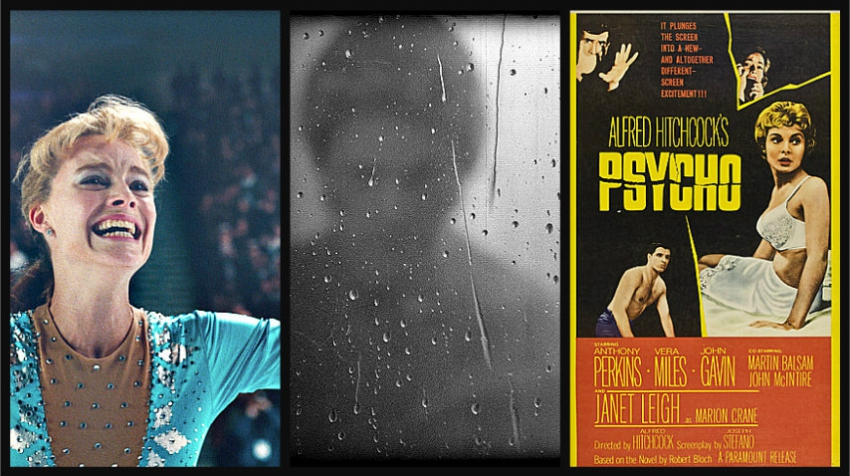 Or you can watch some of Italy’s best, old and new, in a week-long festival

Awards time is upon us again. The Golden Globes happen Sunday and you have an alternative to watching it in your own TV room. The Rio Theatre will have it on the big screen starting at 5. Admission is free. Could be fun watching it with that crowd, especially since the Globes event is essentially a party. Much more than the Oscars anyway.

I expect Lady Bird, Get Out, Three Billboards, Coco and, alright, Shape of Water too, to do well.

But first, we do have some new ones to mull over:

Insidious: The Last Key: not available for review

I, TONYA: This is one of the best films of the season, up for three Golden Globe awards for instance, but here’s what’s odd. It’s playing in only one theatre around here. It deserves better because, although it’s largely a comedy about trailer trash, it rises higher than that with musings on ambition, tough parenting, abusive relationships, the commitment required to succeed in high-level sport and most of all the perils of celebrity. As Margot Robbie, as Tonya Harding, says late in the film: “I thought being famous was going to be fun.” It wasn’t for her. It is for us, in this telling of her story.

Back in 1995, it was a sensation on tabloid television. Harding had scrambled her way up from a deprived childhood in Portland, Oregon, with a crazy, demanding mother (Allison Janney), an absent father and a figure skating establishment who saw her as cheap and low-class. Of her marriage, to Jeff Gillooly (Sebastian Stan), she says: “You do dumb things when you’re young.” The whole film has that irreverent tone.

She lands a triple axel (the first woman to do so), qualifies for the Olympics and is blindsided by what she calls “the incident.” Her chief rival, Nancy Kerrigan, is attacked with a metal bar and most everybody is sure she or her husband were behind it. Steven Rogers interviewed both of them to write the script  and offers a different, quite absurd, scenario. And a caution to not take it as reliable. Why bring all this up again? No reason, but the film directed by Craig Gillespie, is lively and entertaining without mocking. That’s reason enough. (International Village) 3 ½ out of 5

78/52: Here’s a treat for the most dedicated of film buffs. An hour and half examination from every possible angle of one iconic sequence of cinema: the shower scene in which Marion Crane is murdered in Alfred Hitchcock’s film, Psycho. It took 78 camera setups and 52 splices to create it. But is there really that much you can say about it? Alexandre O. Philippe found 39 people with lots to say, ranging from other directors like Peter Bogdanovich, Eli Roth and Guillermo del Toro, film scholars like David Thomson, participants, including the woman who was actually in the shower standing in for Janet Leigh, and descendants, like Leigh’s daughter Jamie Leigh Curtis and Anthony Perkins’ son Oz. Hitchcock is seen and heard in a promotional film and in TV interviews, one from the CBC. 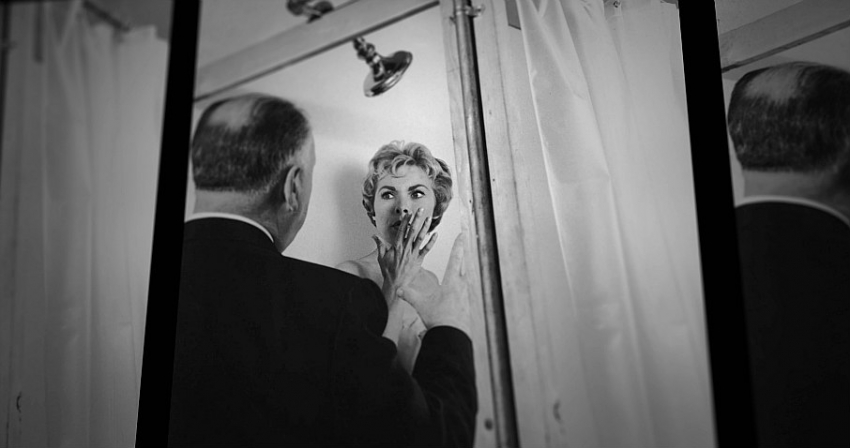 The content is as thorough as the cast list. There’s film-making lore. A melon had the right stabbing sound. There’s context. Hitchcock was drawing on German expressionism and the French film Diabolique for inspiration and with the scene broke rules and influenced many horror thrillers to come. We get plenty of clips to illustrate, as well as visual references to his own films to show continuity. But there’s more. Religious meaning too. The painting Norman Bates takes down to open a peep hole shows a Biblical scene (Susanna and the Elders) and the blood swirling down the drain shows, according to one analyst, a spiraling universe that doesn’t care. Fascinating, even when it gets excessive. The Cinematheque is showing it four times starting tonight, three of those with Psycho itself either before or after. You can compare. 3 out of 5

THE ITALIAN FILM FESTIVAL: For a whole week you can feast on the best that Italy has to offer.  You get old masters (Roberto Rosellini’s masterpiece Rome Open City,  two by Fellini, including my introductioin to him, La Strada, which won the first ever foreign language Oscar, and a fan’s appreciation of his work by Nancy Cartwright. She made it a few years before she took on the job of voicing Bart Simpson.) You get three works by modern masters, the Taviani brothers, their new one, a wartime love story called Rainbow: A private Affair, plus Padre Padrone (1977) and the one pictured below, Night of the Shooting Stars (1982). 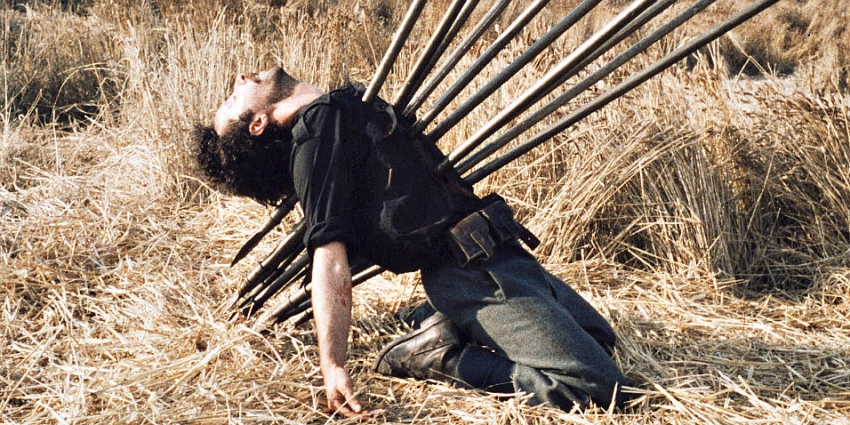 Of special interest to many is the return of I Am Love the 2009 hit in which Tilda Swinton plays a rich man’s wife who gets into a passionate affair with a chef. It’s to be welcomed back not only because it is a beautiful film but because its director, Luca Guadagnino,  has another, even bigger hit in theatres right now. Call Me By Your Name is a strong awards contender and is slated to be followed with a sequel.

There’s also a rarity in the festival: the full five-hour plus 17 minutes version of 1900, the powerful film by Bernardo Bertolucci. Robert de Niro and Gerard Depardieu, young at the time, play close friends who take opposite sides during the rise of fascism in Italy. They’re the sons of a landowner and a peasant respectively in an epic look at the class struggle. Donald Sutherland plays a villain.

INSIDIOUS: THE LAST KEY: Sony didn’t preview it here so I can only give you some background. This is #4 in a series but illustrates one of the risks of making sequels and prequels. The three recent films have Elise, a parapsychologist played by Lin Shaye, as the central character. In the original, theoretically taking place after the prequels, she was only secondary. We get to know more about her this time. She’s called to a house to investigate yet another haunting, realizes it’s where she lived as a child, and experiences flashbacks. Expect more of what made these films popular: jump scares and chills without the grisly stuff. But, I notice, an added feminist angle. (Scotiabank, Marine Gateway and suburban theatres)