The real Steve Jobs, a spy swap by Tom Hanks and our local south Asian gangsters by Deepa Mehta 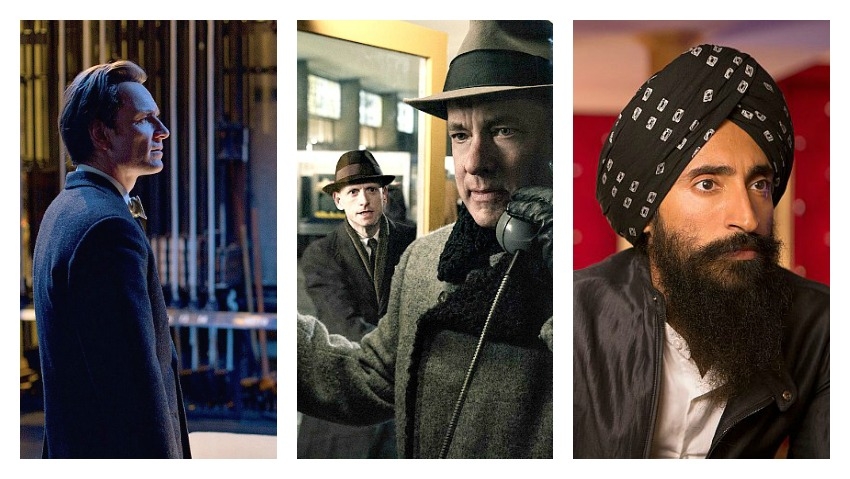 Also a sex comedy, a lesbian fight for rights, a movie surrealist, a film pioneer and a five-continent study of issues around breastfeeding

So many new films this week. Even though I haven’t seen three of them, and caught two previously at VIFF, I’ve been busy.

Sleeping With Other People: 3

STEVE JOBS:  That’s three bios in just two years about the visionary man from Apple. He brought us personal computing, the Mac, the i-pod, and so much more and we’ve had both a positive view of him (as played by Ashton Kutcher) and a hard critique, especially of his business practices (in an Alex Gibney documentary). Now, Danny Boyle’s version wisely concentrates on the man’s character. He wasn’t a nice guy. That’s well-known and Aaron Sorkin’s script and Michael Fassbender’s performance bring that out emphatically while also showing how we’re drawn to people like him. It’s a superb and very intelligent film. 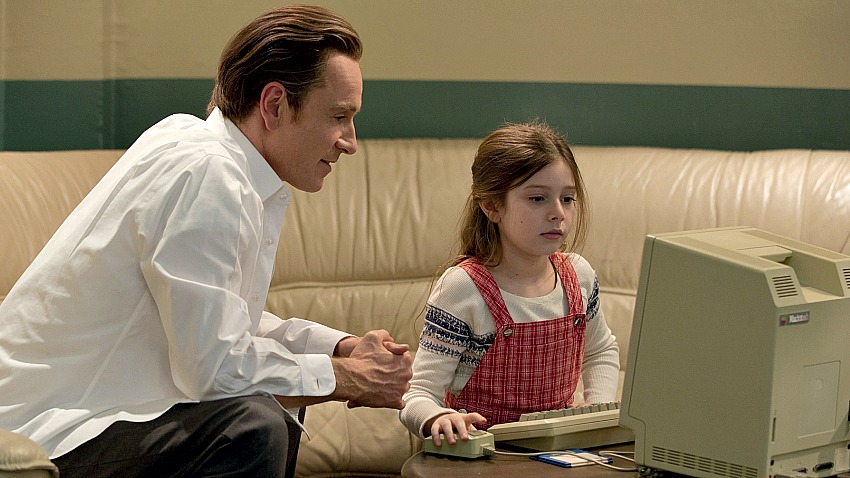 His relationship to his daughter is a key story line. He denied paternity despite DNA evidence; was slow to help out her mother and railed against the colleague who told Time magazine about them. He turned against his former partner (played smartly by Seth Rogen) and pushed his closest aide (played by Kate Winslet) into exasperation with his perfectionist demands. She fought back well, though.

There’s more to his story than we see here but it is made clear that he was a manipulator and an idea man (not a creator). He was an orphan and grew up demanding “to end control.” Jeff Daniels impresses as John Sculley, the Apple CEO who clashed with Jobs and helped oust him from the company. Twelve years later he was back. Danny Boyle nicely balances those personal and business details, notably in the opening sequence, the 1984 MacIntosh launch where he deftly juggles at least six big issues. (5th Avenue and Scotiabank) 4 ½ out of 5

BRIDGE OF SPIES: It’s been three years since Steven Spielberg’s last one. That’s was the intellectually engaging and brilliantly-acted Lincoln. This one is much more low-key, with a story that’s probably obscure to many, but it’s just as compelling. 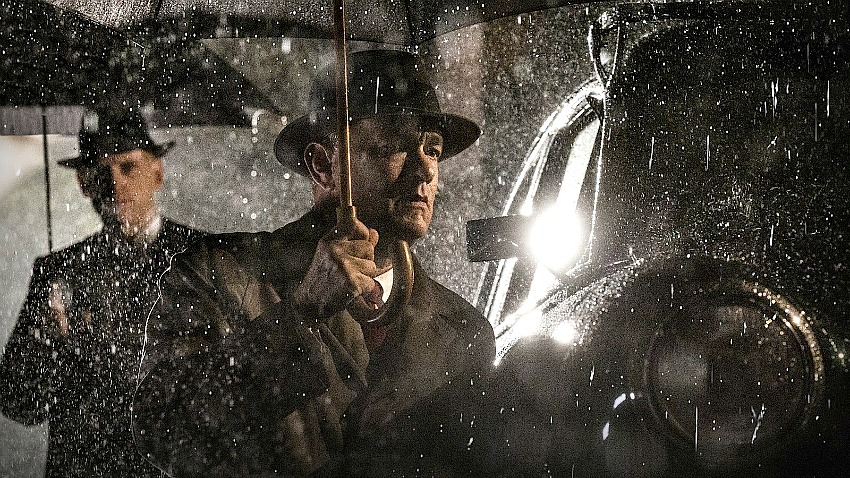 At the height of the Cold War, both the U.S.S.R. and the U.S.A. had each other’s spies in detention. American had tried and convicted Rudolf Abel; Russia had captured Francis Gary Powers, the pilot of a U-2 spy plane. A New York lawyer, who had been pressured to defend Abel and preserve the reputation of American justice, was then asked by the CIA to negotiate a swap. He, played with Yankee decency by Tom Hanks, went as a private citizen, dealt with shifty bureaucrats and insisted a third person be included in the trade, an American student who was trapped on the wrong side when the Berlin wall went up. The CIA didn’t care about him.

The film takes us briskly through all the meetings, near deals, bluffing, reneging and hard ball. The scenes in East Germany are expertly re-created and the final swap on that bridge south of Berlin is tense. Stage actor Mark Rylance plays Abel with dignity and Sebastian Koch (of the great The Lives of Others) plays a GDR lawyer. The script was tweaked by the Coen brothers which probably explains the energy and even humor in it. They made the history fascinating, but put in few connections to today. A brief argument dispenses fast with one issue: that even enemies of the U.S. deserve a fair trial. American spirit is the main theme. (International Village and many suburban theatres)  3 ½ out of 5

BEEBA BOYS: Deepa Mehta gets a lot of things right in her film about the on-going gangs wars around here in the South Asian community. She did very good research. Her characters want to be seen. They crave respect and want to fit in. So they go for flashy cars, stylish clothes and trophy women. That’s the story arc for Jeet Johar played by a rising Bollywood actor Randeep Hooda and based on the legendary “Bindy” Johal a local gangster from the late 90s. Sarah Allen plays his blonde girlfriend. 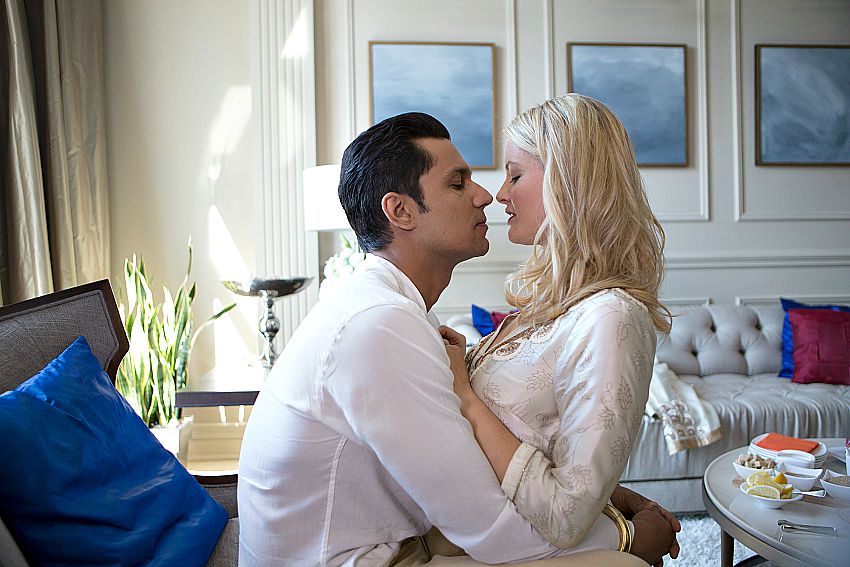 The sociological background is there. What’s missing is intensity. Other Mehta films, like Water, have lots. This one doesn’t because it muddles the drama. Jeet’s plan to drive out the old gangsters (led by another Indian actor, Waris Ahluwalia) and his own family story co-exist uneasily. The tone changes often. The fragments don’t fit together well. The humor, though essential in depicting the culture, is often silly. This one is aspiring to be an art film, though it’s basically a genre film about criminals. Why weren’t the Dosangh brothers written in? That could have added a great sequence. (5th Avenue, International Village and suburban theatres)  2 ½ out of 5

FREEHELD: Worthy subject; so so movie. Too bad too, because it’s clearly important to both the stars and the screenwriter. These are the details: A small town in New Jersey;  a female cop, who’s been hiding her lesbianism, is dying of cancer. She wants her death benefits transferred to her lover so she won’t lose the house they’ve bought together. The local council (of “freeholders”) deny the request. It takes a gay rights group to make some noise, get the story into the New York Times and the freeholders re-thinking.  As a short documentary it won an Academy Award.