Pompeii is buried, spies shoot up Europe and the nature of art is considered in the week’s new movies 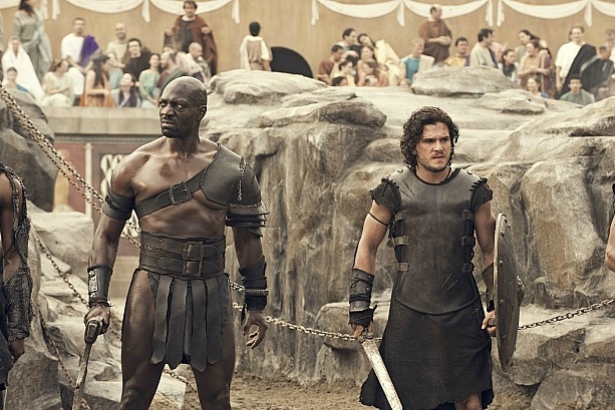 The nature of art is front and center this week. Directly in films about a man obsessed with Vermeer’s paintings and an old sculptor who encounters a revival. Indirectly in a recreation of a famous disaster and a Europe-based spy-and-family hybrid.

POMPEII: The famous volcanic eruption gets yet another movie version –Canadian this time—and it’ll have you thinking of two or three completely unrelated films. It’s that derivative. Think Gladiator, Titanic and of any number of disaster movies. This one is from director Paul W.S. Anderson and the team that made the hit Resident Evil movies. 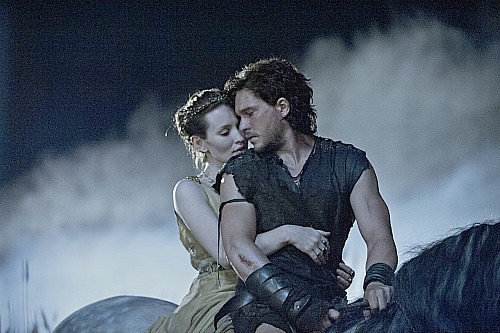 As usual there’s a melodramatic story up front. This time a young Celt, who is a prisoner of the Romans in Britannia, is in just the right spot to help an upper-class woman who’s carriage gets stuck in the mud and is then taken to Pompeii to perform as a gladiator in front of a crowd that includes that same young woman, a spineless official who is also her dad and a corrupt senator who is conniving to get her to marry him. Familiar?

We sit through the machinations of these mortals on the ground waiting for the main event. Every once in a while, the ground shakes and Vesuvius puffs smoke. The real story is coming from up there. Luckily there’s some interesting gladiator action in the arena to keep us occupied. Kit Harington (of Game of Thrones but with bulked up muscles) plays the Celt. Emily Browning is the young woman he falls for. Neither shows a lot of emotion or involve us dramatically. Kiefer Sutherland does a good arrogant Senator without even trying to put on an accent. Carrie-Anne Moss also uses her Canadian voice. Consistency is not important anyway. Vesuvius is.  When it blows, all in Toronto studios and computers, it’s a rush. The effects are striking, though under-using the 3-D, and scientifically wrong. There weren’t fireballs and certainly no tsunami. People were buried by a dump of pyroclastic ash which is far less cinematic. Other than that, the city, the disaster and the people’s initially slow and then panicky response are well-visualized. It’s the lead up that’s humdrum.  (Scotiabank and many suburban theatres) 2 ½ out of 5

3 DAYS TO KILL: The story is preposterous, but you know, as it charges on, toggling from mood to mood, mixing car chases and gun play, spy stuff and family dynamics, this film grows on you. Forgive its absurdities and you can enjoy an entertaining couple of hours of CIA versus Euro trash as envisioned by France’s Luc Besson. He wrote this stuff and brought Kevin Costner to Paris to play it. (Luc did a similar favor for Liam Neeson with the two – and soon to be three --Taken films.) The director, McG, is best known for the Charlie’s Angels films. 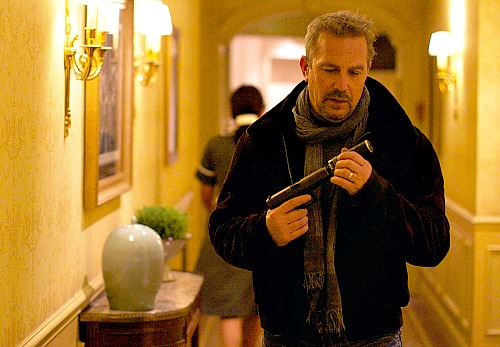 Costner is a secret agent who is caught up in the old “one last job” plotline after he collapses on a chase, is told he has cancer and decides to spend the time he has left with the wife (Connie Nielsen) and daughter (Hailee Steinfeld) he’s neglected. Conveniently, they’re in Paris too. But along comes the world’s sexiest spy (Amber Heard) with an experimental drug in return for his finding and killing a couple of illegal-arms dealers. From then on, it’s a light-footed mix of action and comedy.  The daughter phones at the most inconvenient times; once to get help with a pasta sauce. Luckily, at that moment, dad has an Italian tied up who can recall his mama’s recipe. The main villains aren’t such stereotypes and therefore much more menacing: one played by busy German actor Richard Sammel and the other, known as “The Albino” by Tómas Lemarquis. That’s a sly echo to a film he made in his native Iceland a decade ago called Noi The Albino.  Why? Who knows. There’s a lot just tossed in here. (International Village and suburban theatres) 3 out of 5