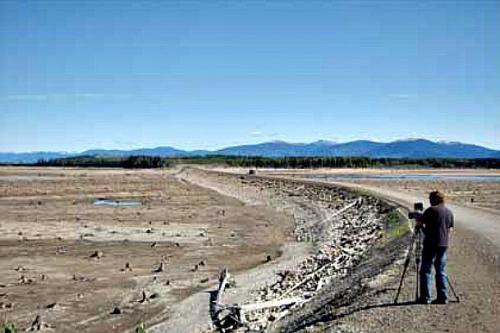 I didn’t get to the two big films this week (thanks again, Fox) so I’ll just preview them without a rating. Before that, there are three smaller films to tell you about, all recommendable and, coincidentally, all made in Canada. Note also that the Hitchcock and Fassbinder retrospectives are continuing at the Pacific Cinematheque.  Both series include classics and their less-seen TV work.

Beasts of the Southern Wild: --

PEACE OUT:  Charles Wilkinson’s documentary on one controversial power project turns into a wide-ranging meditation on one of our addictions: energy. Electricity, gasoline, natural gas, what have you, we’re over using them. Our TVs and computers gobble up the wattage even when they’re not on.  When electric cars become common, the load will shoot up again. This film explores the real costs, without posturing or hectoring but in a quiet, thoughtful inquiry. Wilkinson, who has made features, TV movies and  documentaries and also teaches at Capilano University,  says he was drawn to look into B.C. Hydro’s plans to put a third dam on the Peace River at Site C because his father used to talk about it. The proposal was recently revived and is now in environmental assessment. 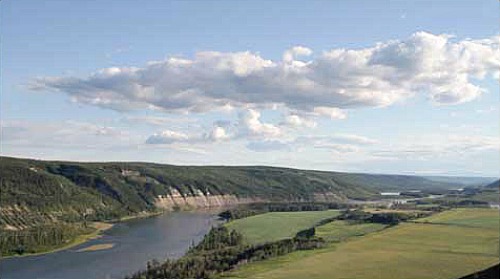 A gorgeous river valley is to be flooded and class A agricultural land destroyed. A wildlife corridor will be disrupted.  Damage from the biggest of the dams already there is unmistakeable. Further along, near Dawson Creek, hundreds of natural gas wells a year are drilled with the dodgy fracking method.  Across the line in Alberta, a company is pushing plans for a nuclear power plant. And beyond that, there’s the tar sands development tearing up the ground. Four projects on just one river. The film visits them all and hears from activists, analysts, politicians and industry people. There’s no grandstanding, not even from a Greenpeace guy. Hydro and oil industry types get time to explain themselves. You’ll learn a lot from the differing sides. The film isn’t all that clear that Site C’s impact will be tiny compared to existing dams but the rest of the information seems to be solid. It’s also a good-looking film that has been winning awards at festivals, including here in Vancouver last fall where it was an audience favorite.  (VanCity Theatre)     4 out of 5

NEIL YOUNG JOURNEYS: Jonathan Demme’s third Neil Young documentary in six years is again a display of filmmaking craft and great music. This one is extremely casual. In the musical sections, filmed in Toronto’s Massey Hall, Young is performing solo, wearing a rumpled white shirt and an old hat like a summer tourist. 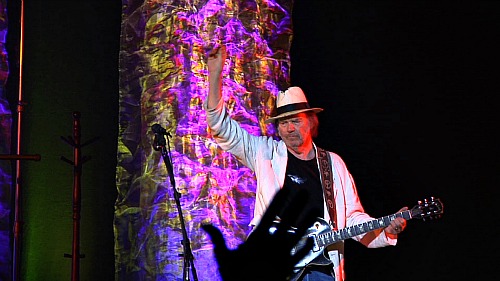 The first notes of Down by the River or My My Hey Hey bring cheers from the audience we never see. Neil has the stage, mixing old songs with new ones from his Le Noise album. One is more directly environmental than After The Gold Rush, which itself is updated. Mother nature is now on the run “in the 21st Century”. There’s a major spot for Ohio, his Kent State song, with news clips and pictures creating a memorial for the “four dead”.