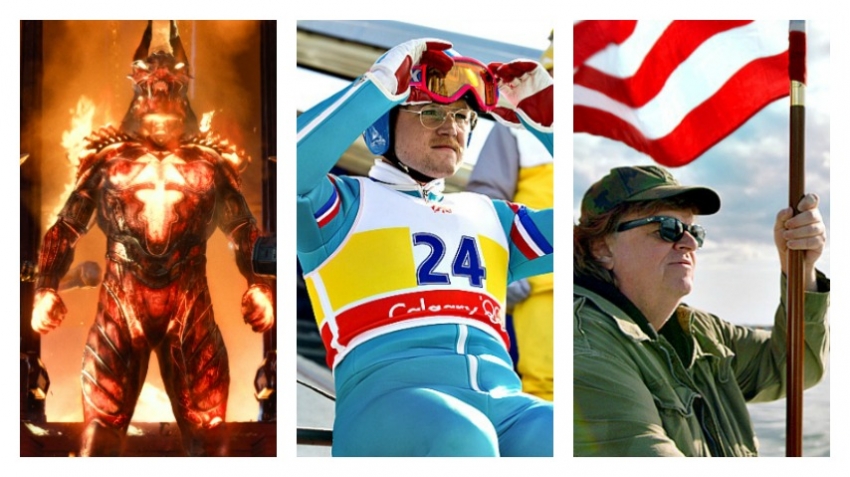 Also dirty cops, Freudian fears on the prairie and a gem about conflict in the Balkans

The Oscar race hasn’t been as absorbing this year, partly because the diversity controversy took over but also because there are clear front runners in many categories. I expect The Revenant will win about half of its 12 nominations including Best Picture, Best Actor (Leonardo DiCaprio), Director (Alejandro Inarritu) and even the two sound categories where a B.C. technician is in the running.

Brie Larson has to win Best Actress for Room and Lady Gaga is bound to win for Best Song.

Inside Out and Son of Saul are sure to win as animated and foreign language films respectively. And The Big Short and Spotlight should win for their screenplays.

Best Supporting is a rare case. Its contests are still open. Kate Winslet or Alicia Vikander for Actress and Sylvester Stallone or Mark Rylance for Actor.

I’ll be watching anyway, for the unexpected.

Meanwhile these are the new films in town:

Where to Invade Next:  3

EDDIE THE EAGLE: This film is getting some odd notices. Something to the effect that there’s nothing special about it but many are sure to like it because there’s so much that’s good in it. Huh? Isn’t that one reason we go to the movies? I enjoyed this one all the way. It follows a man climbing a dream he has no business pursuing, an extreme version of a common movie theme and, as an old sports editor once told me, it’s rare to get a good yarn out of a loser. 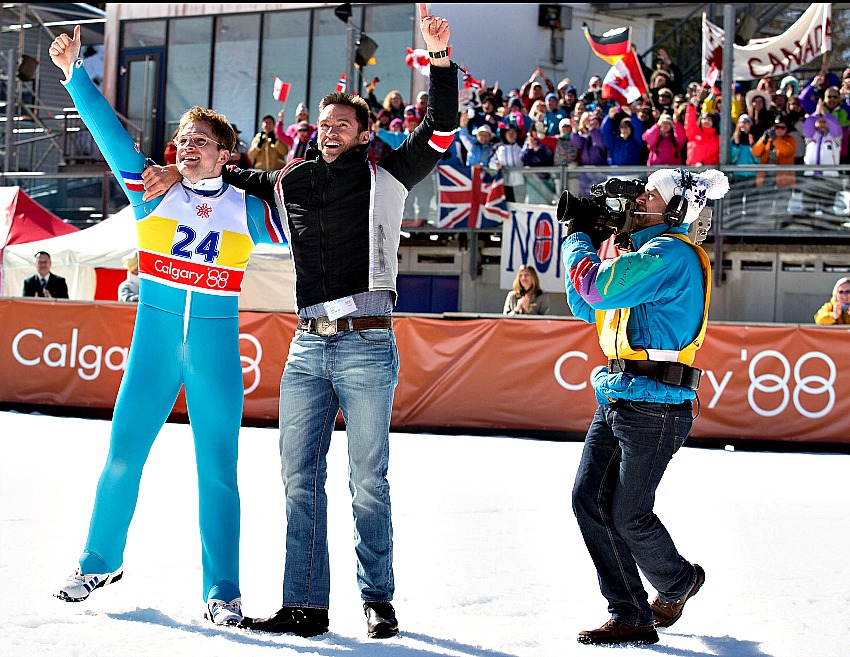 It’s a true story too. Just like the Jamaican bobsled team, he went to the Winter Olympics in Calgary. (The film didn’t though. It was made in England and Germany). Eddie, played with puppy-dog eagerness by Taron Egerton, was always told to learn plastering because he’s no athlete. He takes up ski jumping because the British team had nobody else doing that. He goes to Germany to train and earns the begrudging help of a former American jumper now working on grooming the practice runs. Hugh Jackman’s character is actually a composite of two coaches. He’s bemused, unable to break the man’s determination and teaches him the basics, starting with how to land. The film gives us the training in detail, lets us watch several learning runs and then at Calgary, where he’s slighted as “just a sideshow” and given a nickname, shows us his three jumps. We know he’s not going to win but there’s extreme tension anyway in just trying. That’s how you make a good sports movie. (5th Avenue and International Village) 3 ½ out of 5

WHERE TO INVADE NEXT:  No, not an echo of Bill Maher’s notion that the U.S. always needs a war to fight, this is Michael Moore’s latest essay on what else is wrong with his country. He develops it by searching through nine other lands for a better way. Slovenia, for instance, has free university education. Even Americans go there to take advantage of it. France serves better lunches to school children. Italians get two hours for lunch and eight-week vacations. With more time for sex, they’re happier than Americans. 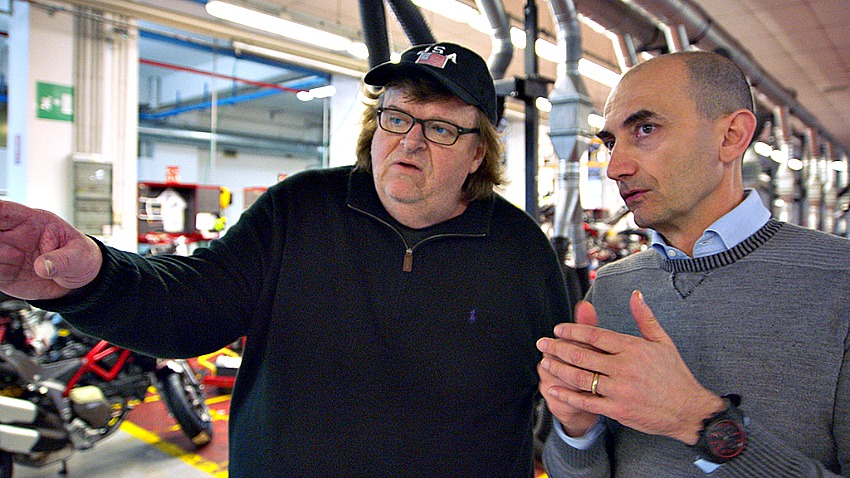 The tour goes on as Moore finds more humane prisons, no war on drugs, free health care, punishment for crooked bankers and, in Germany, a school system freely teaching about the Holocaust. In contrast, he points out, the U.S. hides that it “was born in genocide” and held slaves. All of this he delivers in his familiar scruffy appearance, gee-whiz amazement and ironic comic tone. It’s all interesting but does he give us everything we need and is it exactly how he understands it? I can’t help recalling that in an earlier film he told us that because of gun controls in Canada, people in Toronto feel safe and don’t bother to lock their doors. A quick overview like this is good, especially in an election year, but only as an introduction.  (5th Avenue and International Village) 3 out of 5

A PERFECT DAY: I love this film. It’s tragic, emotional and funny in equal measure and moves easily back and forth among those tones. It does so to give us a ground-level view of the wars that tore apart Yugoslavia 30 years ago but is filled with so much absurdist humor, you’re bound to find it entertaining. It’s in English, directed by a Spaniard (Fernando León de Aranoa) and based on a novel by a former member of Doctors Without Borders. International aid is the target of some biting commentary. 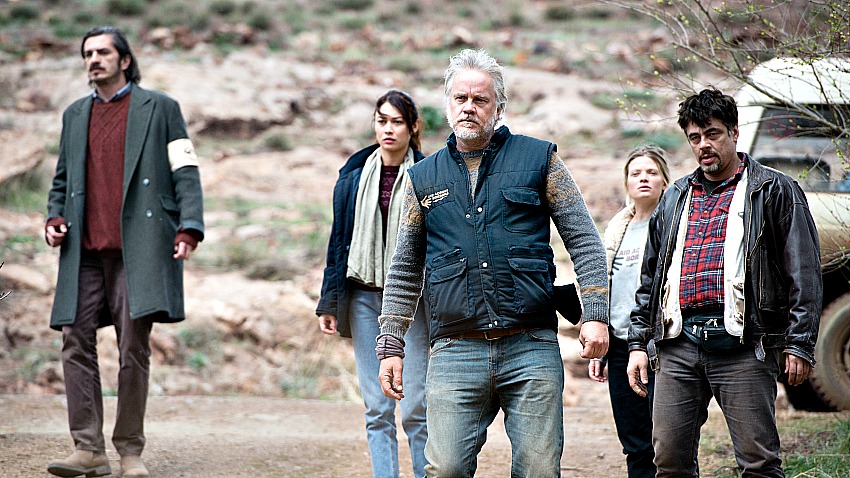