Oprah graces A Wrinkle in Time, our city stars in Meditation Park and a sharp new director helms Thoroughbreds 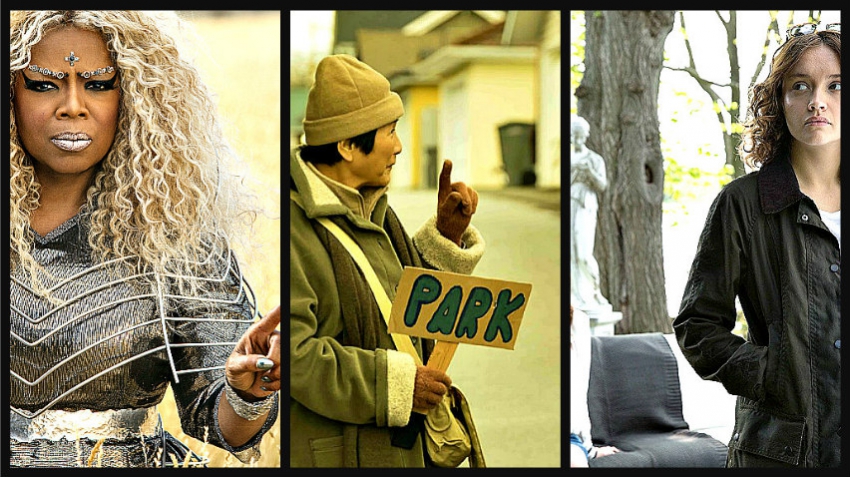 Also Trump won’t like the Mexican criminals in Gringo; people will cower when The Strangers Prey at Night and few know anything about The Hurricane Heist

Oh, to own stock in Disney. They’ve ruled the top of the box office three weeks in a row with Black Panther. This week they’re sending in a challenger, A Wrinkle in Time, which is expected to take away the top spot. But even if it only lands at #2, it’ll be a remarkable achievement by the House of Mouse. It just keeps growing.

Here’s how the new ones look this week:

A Wrinkle in Time:  3 stars

The Strangers Prey at Night:  2

A WRINKLE IN TIME: Here’s a very mature kids’ movie that offers up messages of self-realization, testaments to the need for love as a guiding principle and instructions to stay ever positive in order to defeat negativity. Oprah and Disney together at last would be one way of characterizing it. There are so many aphorisms tossed about you have to work hard to follow the story among them. It’s a dazzling visual spectacle at times, a warm family story at others and a metaphor for how to live your life throughout. The problem is, there’s an uneasy blend of all those elements in this film directed by Ava DuVernay who was on much firmer ground with the straightforward political themes in her films Selma and 13. Musings on finding your place in the universe and the universe within you are more elusive. 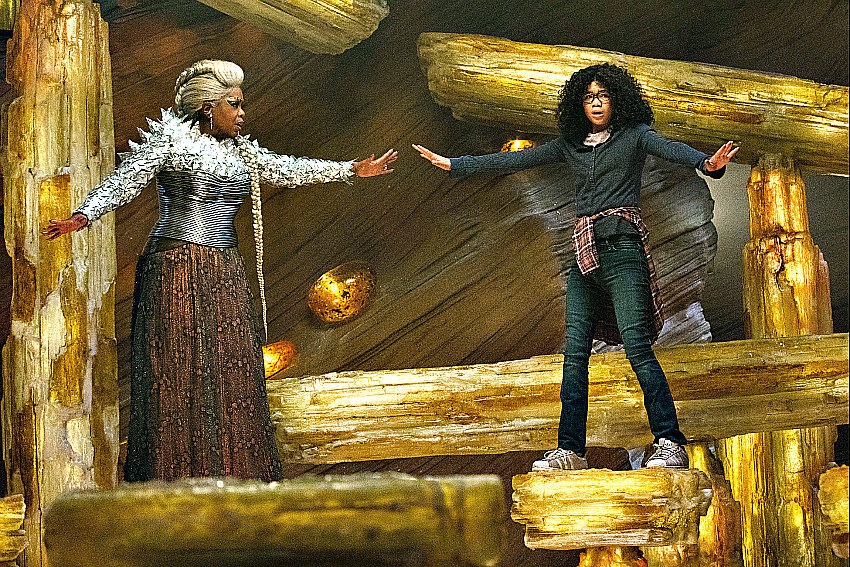 Highschool teen Meg (played by endearing Storm Reid) was encouraged to think big like that by her scientist dad (Chris Pine) who then, after finding a way to wrinkle time to enable space travel, disappeared. He’s been missing for four years. Meg, her young brother and a potential boyfriend are aided by three spirits to go and find him. Mrs. Whatsit (Reese Witherspoon), Mrs. Who (Mindy Kaling) and Mrs. Which (Oprah Winfrey) take them to a couple of planets, through trembling forests and erupting landscapes to search for him. They offer life advice, admonitions to “Be a warrior” and a caution about “It” a malevolent force they describe as “pure evil energy.” Then they split and leave the three on their own. Oddly, some of this drags because in the film parts of the story aren’t well explained. It comes from a hugely-popular book by Madeleine L’Engle published in 1962 and includes several changes DuVernay made: locations, modern references and in the interest of diversity important non-white characters. Think of the film as good for you rather than wildly entertaining. (Scotiabank, Marine Gateway and suburban theatres) 3 out of 5

MEDITATION PARK: You can’t get more local than this. It’s a real park (at the foot of Nanaimo Street) and not far to the east, near the PNE, when there’s a big event on, people hover on the streets with signs offering parking spaces for $15 or $20. That ostensibly illegal business plays a key role in Mina Shum’s new film. It’s a means of liberation for a Chinese housewife who is moved to rise out of her powerless life when she discovers her husband is having an affair. Female empowerment is a common theme at the movies these days but I suspect something of a shocker in the Chinese community.  This film delves into sensitive issues for them and gives the rest of us a peek into their day to day culture. The norm, as one person puts it is this. “First we obey father, then husband.” 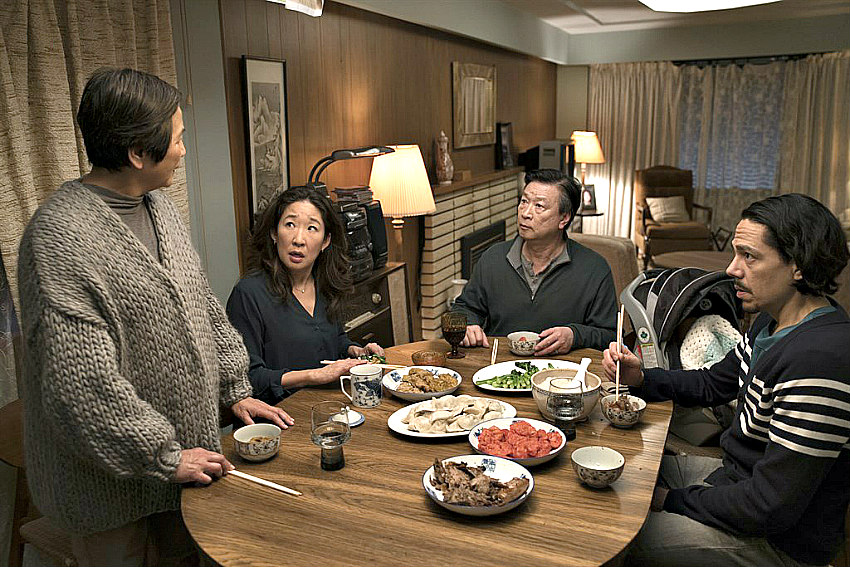 Pei-Pei Cheng plays Maria like a gentle grandmother, although her background was in Hong Kong martial arts flicks. She was the Jade Fox in Crouching Tiger.  Tzi Ma plays her husband and is nominated for it at the upcoming Canadian Screen Awards. He brings out the stresses of the men in the culture. He’s terrified of losing face; is estranged from his son because of it and follows a tradition of taking on a mistress. Shum offers a particularly poignant reason why in his case. He seems too old for this mistress though and that’s just one of a few clumsy elements in this film. There’s also humor that feels simple and basic, but I’m told Chinese audiences like it that way. Overall the film is a heartfelt drama that feels authentic. Sandra Oh is back and solid as their daughter and voice from outside their insular life and Don McKellar plays a parking poacher. Mina Shum knows these people; they’re her neighbors. She’ll be there to talk about them and the film after the evening screenings Fri and Sat. (5th Avenue) 3 out of 5