No to Will Ferrell in Get Hard; yes to Queen & Country, It Follows and White God

IT FOLLOWS: What a treat. A horror film that doesn’t rely on blood and gore to stir up its scares. Traditional devices like atmosphere and mood bring on these intense feelings of dread and unease. They don’t nauseate; they entertain in this low-budget but expertly-crafted chiller by David Robert Mitchell, a director whose name is new to me. The film, made in Michigan, was one of the most talked about at Cannes. 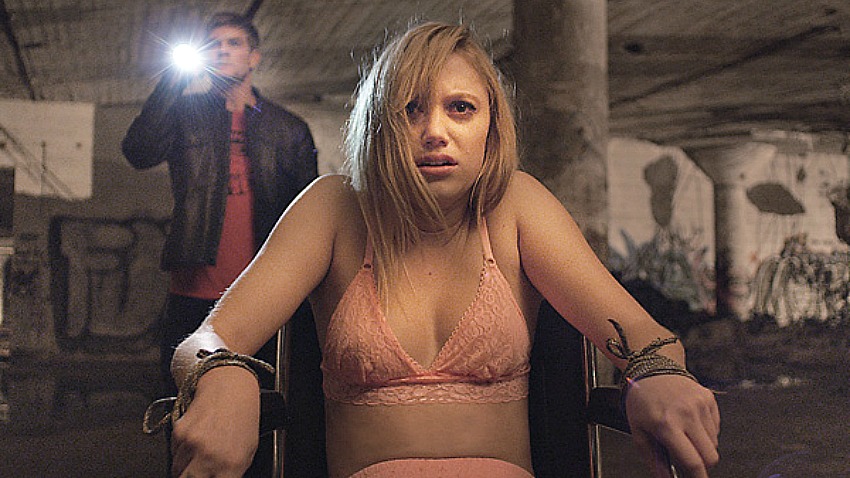 The cast are mostly unknown, although Maika Monroe in the lead won’t be for long. She plays a teen who has a sexual encounter and then can’t shake the feeling she’s being followed. The guy she was with explains it like this: he was infected by some demonic force that he could only shake by passing it along. He suggests she do the same by sleeping with someone as soon as possible. If not, it will follow forever and often appear to her as a friend or loved one. She can’t trust anyone. We never get a clear picture of the force except as an allusion to sexually-transmitted disease. But we get the results in her desperate search for answers. Strongly unsettling—we used to call it spine-tingling--and beautifully presented  in widescreen visual compositions. (VanCity Theatre and SilverCity Metropolis)  4 out of 5

BOYCHOIR:  Fans of choral music and ensembles like The Vienna Boys Choir will like this one. There’s quite some music performed in this drama set at a famous New Jersey school called American Boychoir. It’s directed by Quebec’s François Girard, known for The Red Violin of 16 years ago and for staging operas. He has brought a fairly standard story alive with the music. A problem boy is sent to the private school where a strict teacher (Dustin Hoffman) implores him to stop wasting his talent-his angelic soprano voice- and the school head (Kathy Bates) has to eventually rule whether he should be expelled. 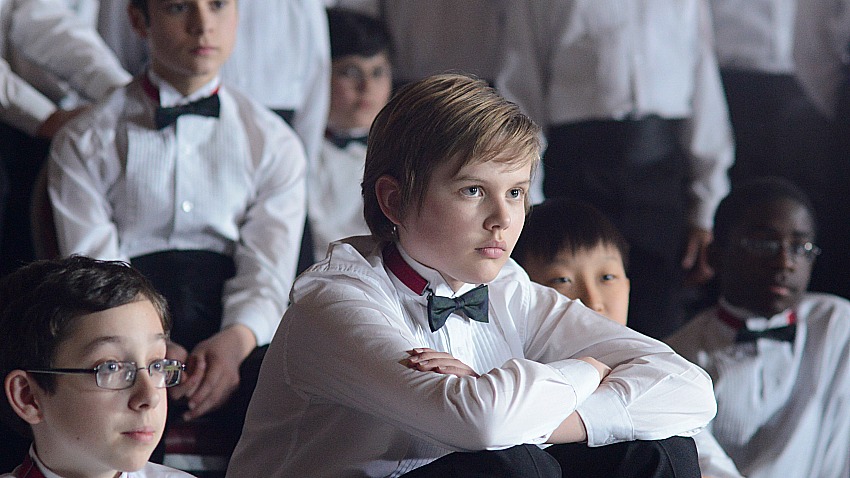 Along the way we learn his personal story (absent father, mother dies in a car crash, he’s surly and disrespectful.) And we get an environment much like those boarding schools we used to see in English movies. The boy is an outsider to some of the snobs there and he has to fight back. Newcomer Garrett Wareing is endearing as the youth, even in his bad-boy times. We get to see and hear a great deal of rehearsing, the teaching methods and the performing of great choral works, culminating in The Messiah. This would be fine family film around Christmas time. No mention at all of a scandal that made the news at the school. The film is too nice for that. (5th Avenue) 3 out of 5

THE RIOT CLUB:  Get your blood boiling with this potent look at entitlement among the rich. Watch out though. It gets more and more mean-spirited as it goes and becomes uncomfortable. What it shows is hardly new; it’s just extreme. 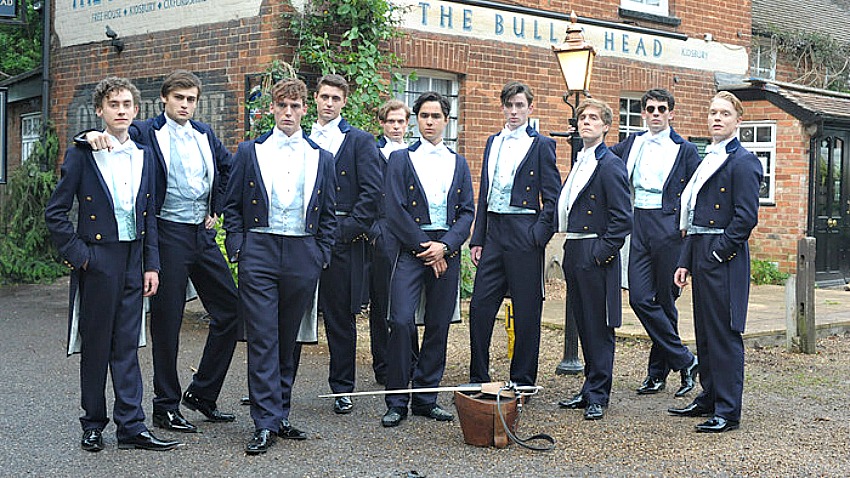 For most of the film, the young rich men at Oxford University go about their status conscious ways.  Among them, history students Sam Claflin (The Hunger Games) and Max Irons (son of Jeremy) , and Douglas Booth (the movies’ most recent Romeo). Their burning ambition: to be accepted into The Riot Club, an ancient society dedicated to binge drinking and hedonism. It’s loosely based on the real Bullingdon Club, which has connections to the Conservative Party in England and, in the play this story comes from, is meant as an attack on privilege and the power of money. The attack gets vicious as the bright young things hold their annual dinner party at a country pub, trash the room, anger the other guests, bring in a prostitute (and then a girlfriend) for some cruel humiliation and blithely pay off the pub owners as if they did nothing wrong. It’s sharply visualized, if you need to actually see it happening. (5th Avenue) 3 out of 5

OCTOBER GALE: Here’s a thriller with few thrills, little tension and an under-developed story. That’s not all there’s to it, but those faults upstage the good elements. This is the latest collaboration of Toronto director Ruba Nadda and American actor Patricia Clarkson, after Cairo Time five years ago. Clarkson plays a Toronto doctor who goes to clear out her cottage on a picturesque lake where her husband (Calum Keith Rennie) died in a storm a year before. She partially blames herself and has memory flashes of their good times together. Serenity, 20 minutes of it, is broken when a man (Scott Speedman) arrives at the dock bleeding with a bullet in his shoulder. 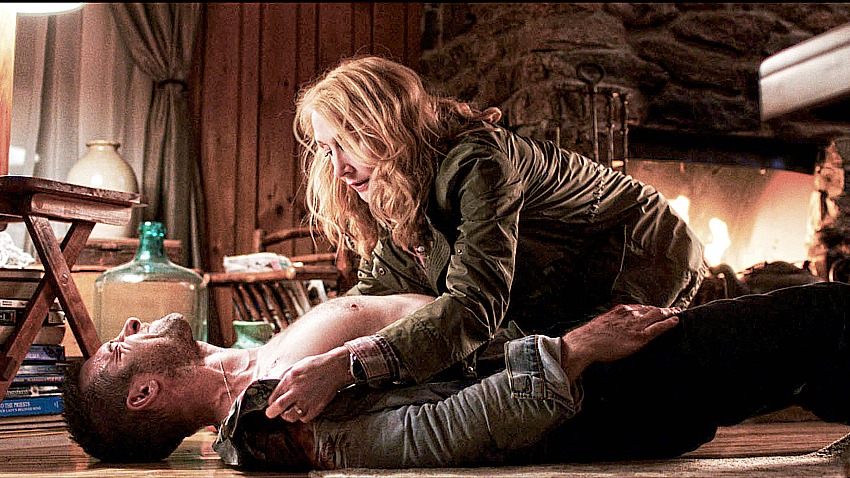 She treats the wound and as he recovers they trade their backstories. Those scenes work, up to a point. But they don’t develop long enough to bring the two together; not to justify the kiss he attempts or the film’s ultimate resolution. And with another storm on the way, his pursuer shows up still bent on killing him. As played by Tim Roth, he’s oddly philosophical but adds a needed spark-- for a time. (International Village) 2 ½ out of 5