No to Will Ferrell in Get Hard; yes to Queen & Country, It Follows and White God 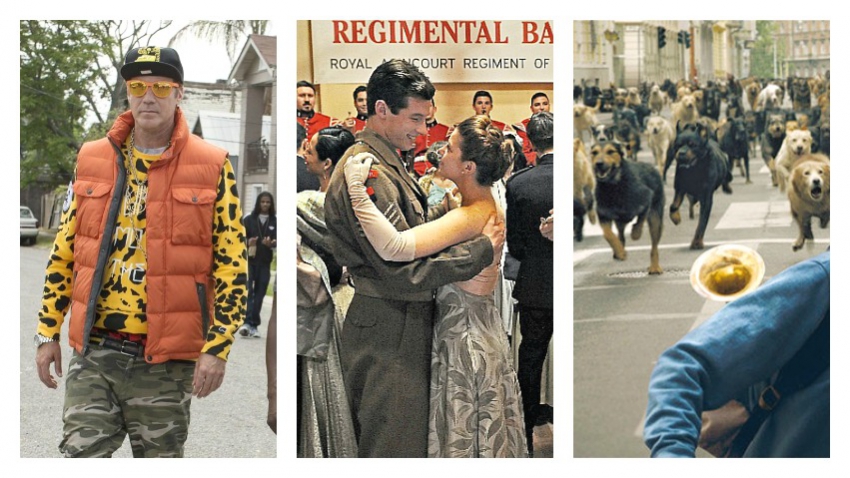 Will Ferrell has made some good ones, like Anchorman and Talladega Nights. Get Hard is not an equal. Better to check out John Boorman’s new one, a Hungarian animal rebellion or a creepy teen horror.

GET HARD: Get away, I’d say. Will Ferrell is back in one of his worst movies ever. Not only is it offensive in many parts, but there are long stretches with nothing funny going on. Not even the low-class humor these films traffick in. It’s deadly for a comedy when an audience is silent for so much of the time. Only Kevin Hart and his combination of manic energy and sincerity manages to put some life into the tale. 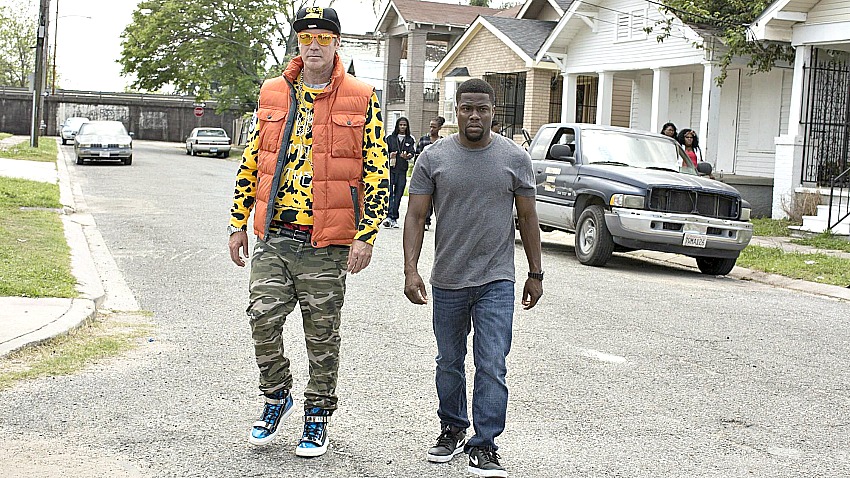 Ferrell plays a hedge fund manager sentenced to prison but given 30 days to clear up his affairs. He turns to Hart, the guy who washes his car, for lessons on how to toughen up for San Quentin. He reasons that since Hart is black, there’s a one-in-three chance he’s been to prison. His explanation invoking three pieces of pizza falls completely flat and just portrays him as a complete doofus which the film tries to exploit for laughs. It works a few times. Meanwhile, there’s a clever take on race and class relations wanting to get out here. It doesn’t. The comments are cheap, obvious, crass and homophobic.  Scenes with blacks in the hood, racist bikers and sniggering Latino gardeners don’t help either.  (Scotiabank and suburban theatres)  1 ½ out of 5

QUEEN & COUNTRY:  Hope and Glory from 1987 is probably John Boorman’s most popular film. Now, 28 years later, he’s made a sequel and great for him. This one is funny, at times moving and extremely well-acted. Most of the time it’s a service comedy, a genre that’s rare these days but used to be churned out often on both sides of the Atlantic. It’s also about one young man’s impossible infatuation with a woman from a class way above his. 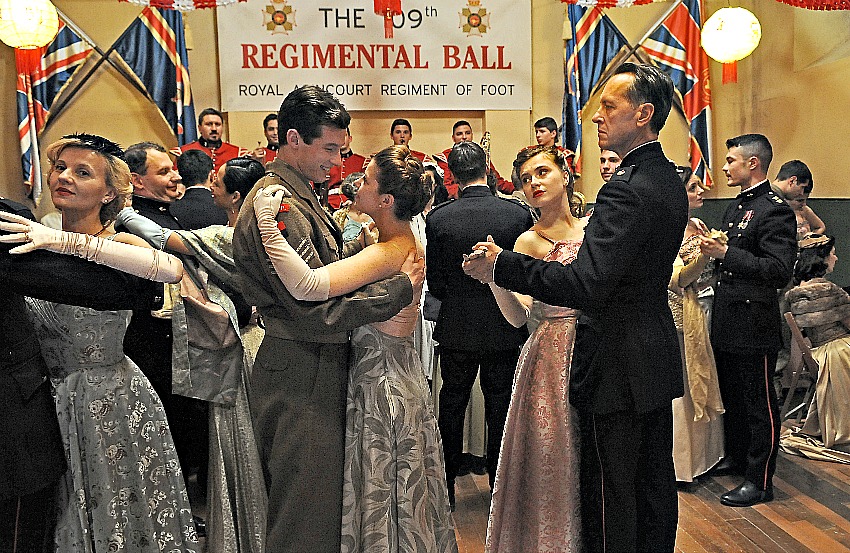 Bill Rohan, who was a boy during the London Blitz in the first film, is now 18-years old, conscripted into the army to be sent to fight in Korea and played by Callum Turner. He’s best friends with Percy Hapgood (Caleb Landry Jones) a prankster who can’t stand their snooty officers (David Thewlis, Richard E. Grant, and others) or the assignment they’ve been given: teaching typing. They steal the regimental clock in protest. Grant fumes, Thewlis frets and various familiar British military characters have their say. There’s a priceless court martial scene.  Very entertaining stuff. The love story is sprinkled in among the fun and leaves a bittersweet residue just as Queen Elizabeth’s coronation is on TV. “They’re all Germans,” one character rants about the royals and Bill calls Korea an “immoral war.” Boorman’s eye is sharp as ever invoking that time. (International Village)  4 out of 5

WHITE GOD:  The basic story outline—dog is abandoned, girl searches for him, he tries to find his way home—may have you thinking The Littlest Hobo, The Incredible Journey or other nice, uplifting fare. Not so. This one is from Hungary and it gets dark and cruel and turns into something like the recent Planet of the Apes movies. Budapest is overrun by a full-scale dog rebellion. We see exactly what brings it about. 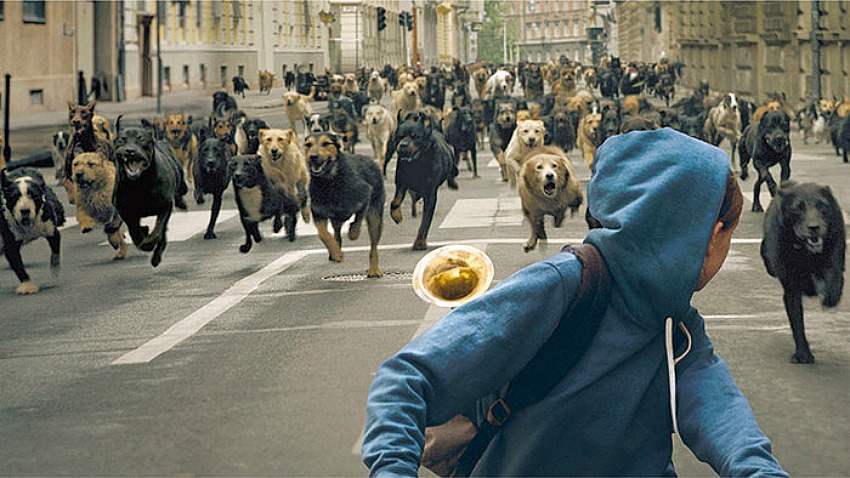 13-year-old Lili is parked with her divorced father for the summer while her mother goes travelling. Dad is a morose former professor now working as a meat inspector and no fan of Lili’s dog, a mutt named Hagen. He leaves him at the side of the road and for the rest of the movie dog and owner are trying to find each other. Hagen is captured, drugged and corrupted for a dog fighting ring. These scenes, especially the fighting, are hard to watch. He’s captured by dog catchers but avoids a close call at the pound by leading a mass escape. Hundreds rampage through the streets, overrun a band practice and bring on martial law. The director says it’s a parable about marginalized people. I see it more as a revenge of abused animals. Either way, its an exciting film with remarkably well-trained dogs putting on a show. The title may be a play on Sam Fuller’s infamous film, White Dog. (VanCity Theatre) 3 ½ out of 5