New vs old in Birds of Passage; an easy look at a killer sickness in Five Feet Apart and a good one for the kids, Wonder Park

FIVE FEET APART:  Ten year ago, there was 65 Red Roses, a very emotional documentary about a young woman from New Westminster who suffered from cystic fibrosis. The same affliction features in this film but is presented very differently. This is a teen romance, offering an attractive couple, an almost cheerful tone and few signs of the grim details of the condition. It causes the lungs to spew extra mucus but except for one coughing-up incident we only get talk about it. I got a fair amount of information from it but came away wondering if the sights had been weakened a little too much, just to make us comfortable. 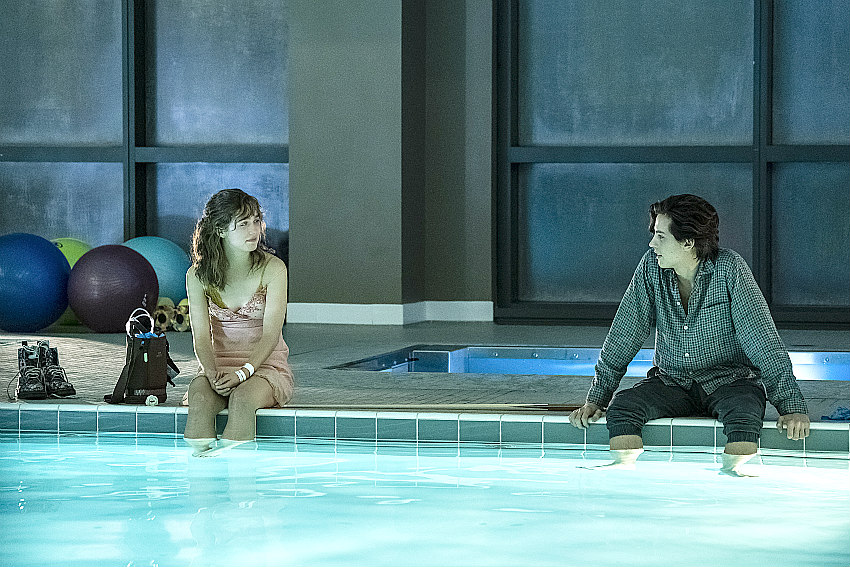 The film starts like a rom-com. She, played by Haley Lu Richardson, meets him (Cole Sprouse, known from the locally-filmed Riverdale series) in a hospital where they are getting an experimental drug treatment. (That makes it possible to avoid any mention of hospital expenses in the US.) She’s a rule follower, adamant to stay five feet away from another victim to avoid trading symptoms. He’s more prone to experimenting. You can tell where this is going to go. Yes it becomes a weepie, somewhat absurdly at its height.  But much of the content is real. The film is dedicated to a young woman in Texas who, until she died, blogged about the condition. Her outlook seems to be throughout this film. (Scotiabank, Marine Gateway and suburban theatres) 3 ½ out of 5

WONDER PARK: “Splendiferous” is the word you hear several times in here and it perfectly describes this fine animated film. It’s original and extremely imaginative. Kids will like the high-spirited fantasy and parents will appreciate the message: don’t let fear get you down. That emerges in the story of 10-year-old June (Brianna Denski) who has her room and much of her house decorated like a theme park but trashes it all in a fit of depression when her mom (Jennifer Garner), who she is very close to, has to go away sick.

Circumstances lead June to come across a real version of her imaginary theme park in the woods. It’s run down, the clock mechanism is broken and she’s the only one who can fix it.  The park characters (a bear, a porcupine, a boar voiced by Mila Kunis, and a couple of beavers voiced by Ken Jeong and Kenan Thompson) want her to but a pack of Chimpanzombies try to stop her. The writers previously created a couple of Ninja Turtles movies and there’s some of that eccentric humor in here too. But more prominently, there’s a nice story about a girl’s love for her mother and a strong admonition to fight off “the darkness”. (International Village, Marine Gateway and suburban theatres) 3 ½ out of 5

LEVEL 16: This superior dystopian thriller is booked for only one screening (9 p.m. Sunday at The Rio) and that’s a shame. It should get more because it’s beautifully crafted, well-acted and has something to say. Danishka Esterhazy took memories of her Winnipeg high school years (enforced conformity, disempowerment) and spun them into this stark vision of women under tight control. It goes way beyond most anybody’s school experiences and feels like a junior Handmaid’s Tale. It’s set in an orphanage, that claims to be a school and, because of the strict regimentation, feels  like a prison. Eventually it’s revealed for what it really is. 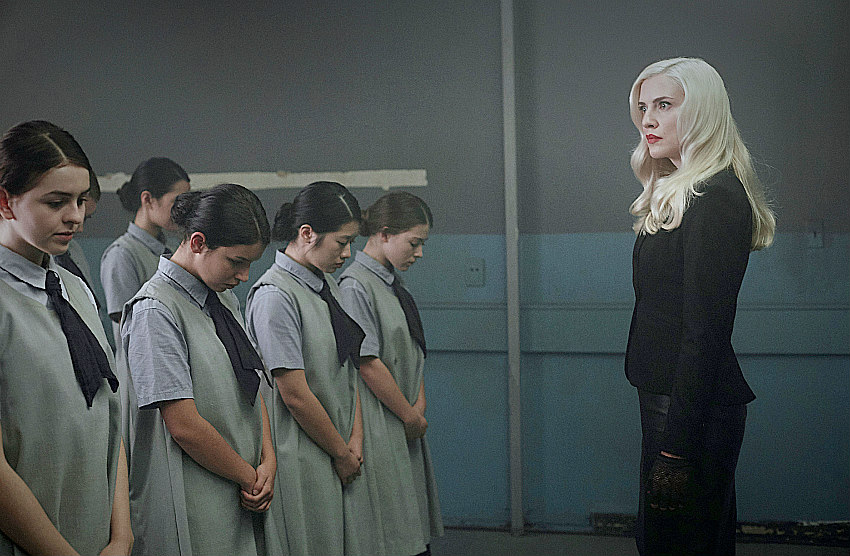 Sara Canning is a tyrannical teacher and Katie Douglas plays a student who rebels against her control. Peter Outerbridge is a doctor who prescribes daily vitamins and counsels cultivating the feminine virtues like obedience and cleanliness. There are subtle hints that all is not as it seems and the final reveal is too shocking to really fit the story. There are also some intriguing pointers to who is really behind it all but they’re left open. Still, the eerie atmosphere Esterhazy has created and the power she conveys in teen girls helping each other make the film worth your while, genre fan or not. (Rio) 3 out of 5

GLORIA BELL: The original Chilean version that came here five years ago was a poignant story of a mature, lonely woman seeking love. This English-language re-make, by the original director, Sebastián Lelio, isn’t nearly as effective. The melancholy has been turned up and the result is more tedium than empathy. Julianne Moore is fine as a divorcee in her early 60s, and so is John Turturro as the guy she meets in the dance club she frequents, jumps into bed with and compares philosophies with. 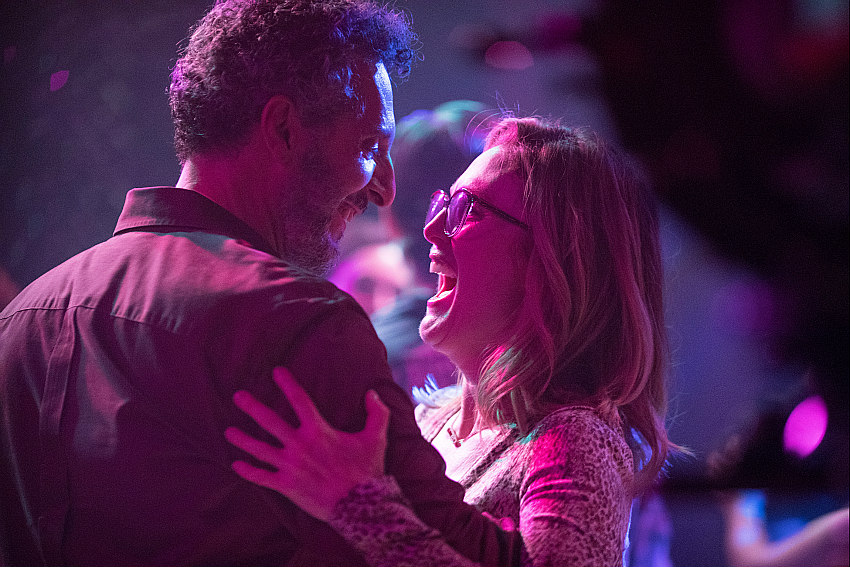 They have less to say though than their Chilean counterparts. Their characters are less interesting. She’s full of energy; he’s a bit of a sad sack. She’s trying to stay connected to her two kids (Michael Cera and Alanna Ubach); he gets frequent phone calls from his and can’t get free of them. A dinner party brings out all his feelings of inadequacy and he walks out. He’s actually a more complex and interesting character than she is, but it’s her we spend time with. Fear of getting old and dying trickles into the picture too, thereby  moving it even further away from a light, fun time, even with all the music and dancing. (5th Avenue) 2 ½ out of 5