New VIFF picks: Modern work by Ken Loach, hot for teacher in England and a bad dad in Iran 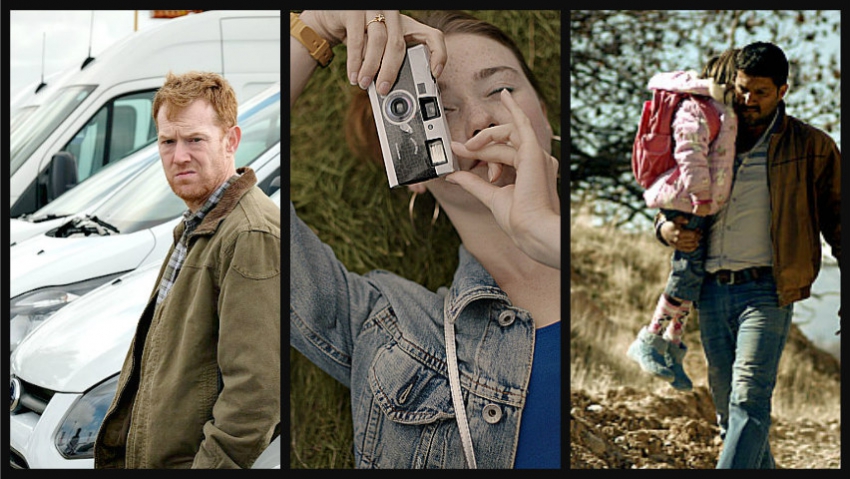 The big one today at the film festival could be the hardest to take. The Painted Bird is a Czech look at the Holocaust, almost three hours long and grisly enough to have caused walkouts in Venice. The Guardian headlined its review with “savage, searing three-hour tour of hell” and gave it five stars.

Notice another film: Amare Amaro, a version of the Greek tragedy Antigone staged in Italy by the French. A Quebec film of the same play is Canada’s submission to the Academy Awards and the documentary We Are Not Princesses, playing Wed and Fri at VIFF) shows Syrian refugees working to put on the play in Beirut. A Sophocles revival is on, it seems.

Todays’ reviews are all films that start tomorrow, Tues.

Sorry We Missed You, Trust: The Story of Blockchain, Castle of Dreams and Scarborough.

Wednesday I’ll write about Young Ahmed, the new one from the Dardenne Brothers, the aforementioned We Are Not Princesses, a Canadian film about an outrageous indigenous rights case and more.

SORRY WE MISSED YOU: Three years ago Ken Loach won the top prize at Cannes with a tough drama about people suffering a harsh welfare system in England. He’s back in the same city, Newcastle, with a companion piece that blasts just as hard about another current hazard: the so-called gig economy. Short term jobs, no security, no benefits, often self-employment. We often read that many people these days have to make do with them. Loach shows what can happen through one man’s story. The system is pretty well stacked against him.

Kris Hitchen plays a father and husband still fighting his way out of the mess the financial collapse brought him back in 2008. He becomes a driver for a parcel delivery company (the title is from the notes those guys leave when you’re not home to receive your package). He is assured he’s his own boss but you wouldn’t know it ... 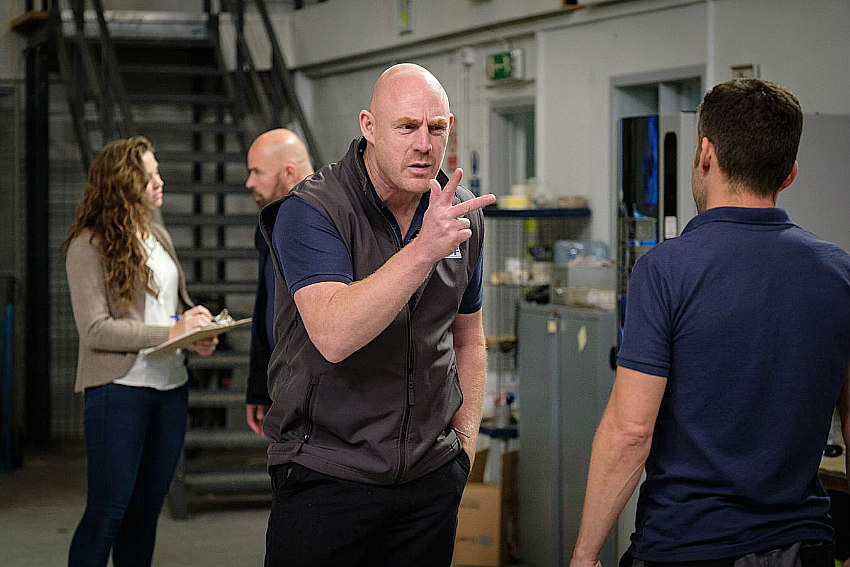 ...from the orders the real boss spouts. (“Get that cardboard off the concrete.”) Or the threats or penalties he subjects the driver to. Little bit late? Client complains? Docked  pay. Hardly an independent contractor, as the system defines him. Inevitable tensions at home and family problems bring on more difficulties and Loach spins it all into a biting judgement of today’s working class economy. (This one works Tues and Sat evening)

TRUST MACHINE: THE STORY OF BLOCKCHAIN: Bitcoin is OK; blockchain makes it safe. I heard that from my son-in-law and here’s the same message from Alex Winter. The fact that he’s Bill of Bill & Ted (from back in the 90s and again next year) has no bearing. He’s made a second career of creating insightful documentaries about technology, films like Downloaded and Deep Net. Maybe he could clearly and succinctly tell me what these cryptocurrencies are all about.  He’s rounded up a lot of experts who say it succinctly—secure online money, a new era in finance, ultra-democratic, free of centralized control—but to my mind not all that clearly. It’s a de-centralized system and I can see advantages in that. But how is it a solution to corruption, identity theft and income inequality? How can it help African farmers and build water systems in India? Most of the people extolling its virtues are believers. A few others get to express doubts, very briefly. Mostly they don’t see what’s backing these cryptocurrencies to give them value as financial tender. It’s a major issue which the film doesn’t address. Interesting though it is, it doesn’t have everything you want to know. (Screens Tues morning, Thurs evening and next Mon afternoon)

CASTLE OF DREAMS: Iranian director Reza Mirkarimi whose films are frequently submitted to the Academy Awards has got another gripping tale here. That’s even though it takes a while to start, is slow in parts and makes a central character out of a completely disreputable man. His wife is seriously ill; he’s abandoned her and comes back just to get her car so he can sell it. His brothers-in-law force him to take his two children too. The film turns into a road trip with a secondary goal. Can he learn to show some love for the children? 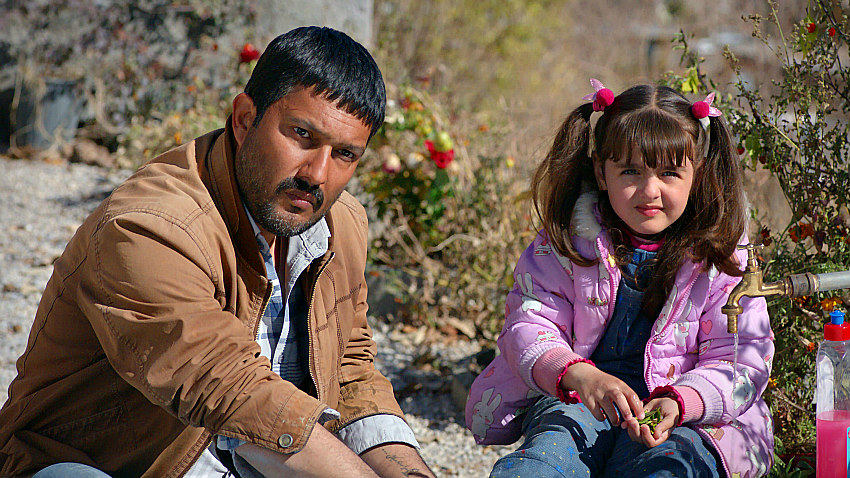 The girl believes, because her mom told her, that dad has been living in a magic castle (in reality he’s been in prison). She’s thinking he intends to take them there to live together again. The boy doesn’t believe that but doesn’t know great deal more. Dad picks up a woman friend, who he claims is a business partner, but doesn’t at all dress like one. He lies and Hamed Behdad does some fine acting to get us to almost emphasize with him. Niousha Alipour is an endearing innocent as his daughter. The film feels like real-life because it is stocked with everyday details alongside the nastier elements like bribing a cop, a savage beating and a contemptible bit of his history that comes out late. Not a happy film, though very involving, it screens Tues late and Wed afternoon.

SCARBOROUGH: Here’s a highly involving, often intriguing film based on a celebrated stage play about a taboo subject: teachers romancing their students. Sure you’ll wonder about the morality but you’ll also enjoy the performances and the writing. Two couples (separately, they never meet) check into a hotel in a British holiday town, have sex, talk and play. The film takes a little time to tell us that they’re teachers and students (Edward Hogg and Jessica Barden and their reverse Jodhi May and Jordan Bolger) and never judges them even after that. 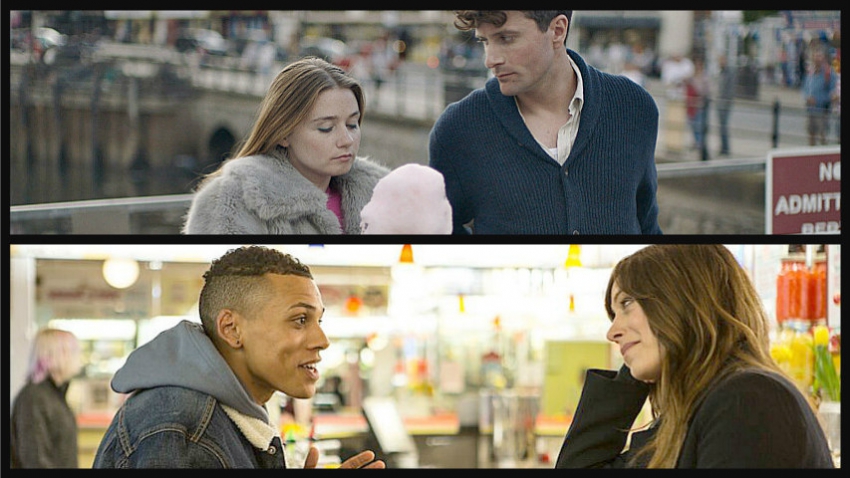 It lets them do and say the same things (watch fireworks, eat candy floss at a carnival, worry if the desk clerk knows what they’re up to) and, of course have sex. That parallel structure seems affected at first but comes to show that the two relationships are the same, just flipped in age and gender. That  becomes important in how to take a couple of revelations and later a twist ending. The film does not attack abuse of power by a superior (maybe because the play is already 11 years old and not absolutely contemporary). Anyway, it shows the students just as complicit. You won’t side with any of them, probably not even like them, but there’s more than furtive sex going on here and much you can debate. (Tues evening and Thurs afternoon)