Toys move along an assembly line but some are pulled out because they’re imperfect and sent down a pipe to Uglyville. Maybe they’re missing an eye, or an ear, or are shaped wrong. Only later do they learn they are “rejects.” That’s thanks to the most free-spirited among them, Moxy, voiced by Kelly Clarkson. She dreams of getting to the “big world” where a child will own her and play with her. She leads a small group up the pipe and finds The Institute of Perfection, lorded over by the imperious crooner named Lou (Nick Jonas), a crowd of acolytes and a trio of spiteful mean girls. They extol the need to look perfect and threaten “recycling.” A “gauntlet” serves as a test. Too scary for the little ones, not hip enough for the big, and with unmemorable songs (Blake Shelton and Janelle Monáe also sing), the film lands shakely. (International Village, Marine Gateway and suburban theatres) 2 out of 5

HAIL SATAN? That question mark may be there to make us ask: Is this real? That’s certainly the feeling I had watching this vibrant documentary. Is it a put on? Is there really a growing movement of Satanists who don’t bow to Satan but use him to push against “Christian privilege” in the United States? They started six years ago in Florida, now have chapters in 13 states and Canada (although I don’t know where) and are adept at using the media to get noticed. Maybe it’s just a bit of mockery by a bunch of misfits. 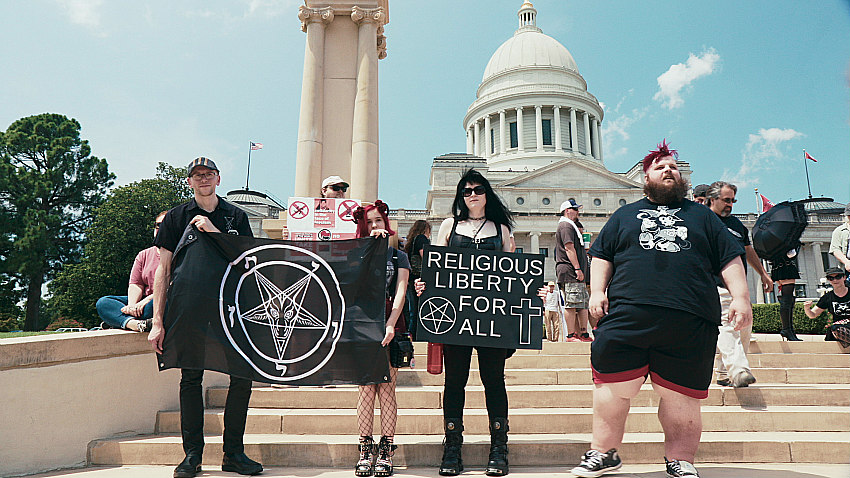 First step, they supported prayer in schools because, they thought, it gave them the right to demand equal status for Satanic prayers. They campaigned against 10 Commandments monuments at state legislatures claiming they originated as a movie promotion back in 1956. They struck a statue of their own to put up and they’ve gone to court and Fox-News debates to push their message. Leaders, followers and critics speak out earnestly. The film’s director, university professor Penny Lane, doesn’t take a side but says she’s interested in why people are so susceptible to being fooled. Someone in the film says the news media can easily be manipulated. And the film recalls the “satanic panic” of the 1950s, thanks to Billy Graham, and heavy metal music and even Dungeons and Dragons since then. Fascinating stuff. (International Village) 3 ½  out of 5

And for more documentaries, there’s DOXA. Here are some I’ve seen and strongly recommend.

WE WILL STAND UP nîpawistamâsowin: Prepare to have your ideas challenged about how Canada treated indigenous people. Lawfully, thanks to the RCMP, we’ve been taught. Not so says Tasha Hubbard in this potent look back, primarily at the now infamous Colton Boushie case but also to a long shameful history that came before. Unfulfilled treaties, forced re-location, civil rights restricted, warriors hung, residential schools. The list gets longer and is recounted in an animated sequence.

Then the Boushie killing, by a farmer who claimed he had been trespassing but with a hard to believe defense that it was accidental. The all-white jury believed and acquitted him and that sent Boushie’s family on a campaign to plea for justice. 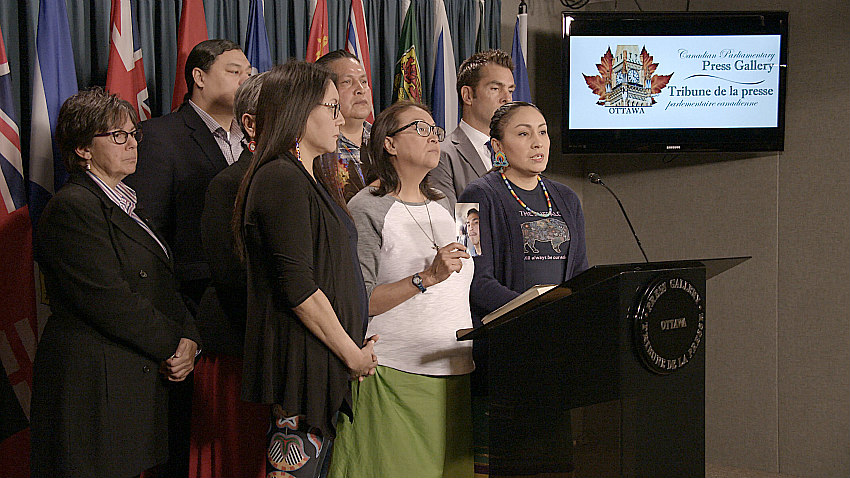 They got as far as Ottawa where, ironic as it seems now, they met with Jane Philpott and Jody Wilson-Raybould, both still in cabinet at the time, and their boss Justin Trudeau, who offered them a small change in legal procedure.  We also see them speak at a forum at the United Nations in New York, a testament to the depth of feeling the case produced. The film is stark and very emotional. It plays Wed and Thurs this coming week, both times with a discussion following.