PROPAGANDA: THE ART OF SELLING LIES: Great topic, lively film, entirely engrossing but, I fear, a little too wide. As Larry Weinstein, the Toronto filmmaker, defines it, almost anything can be propaganda if it’s trying to convince you of something. Ads, speeches, leaflets, sermons, etc., and not just lying ones. Any. All. Even with its overkill though, the film amounts to a valid cautionary tale. Weinstein asks why are we so susceptible to propaganda? Mostly because we believe what we want to believe according to a large cast of experts  including Buzzfeed editor Craig Silverman, Globe and Mail Editor David Walmley, artist Ai Weiwei, Steve Bannon in a video, Cree Artist Kent Monkman and the Irishman who drew that iconic portrait of Che Guevera. Cult of personality goes back to Alexander the Great, and all the recent suspects are mentioned, Mao, Stalin (in a very funny film clip), Hitler, right up to you know who today. It’s a most relevant discussion for these times.  (Screens Thurs and Fri this next week).

ILLUSIONS OF CONTROL: UBC asst.-prof. and filmmaker Shannon Walsh takes us far to explore a tough psychological concept: how people live with things going wrong and feeling they have no control over them. A Chinese family is trying to keep a growing desert away. A Dene woman near Yellowknife fears the arsenic left behind by a now closed gold mine will get into the water supply. A Japanese woman tests food and people for radiation left over from Fukushima. A Mexican woman searches for a missing daughter, or at least her remains. And with that most common example of powerlessness, a Chicago woman copes with the cancer she’s learned she has.

They’re all stuck, through no fault of their own. They all react in their own ways. I don’t recall seeing despair from any of them and the grit they display, even if it may only be for the camera, is inspiring. (Screens Mon evening and Sun May 12 afternoon).

DARK SUNS: One topic of the five covered in the last film, gets a full 2 ½ examination here and it is gut wrenching. Both tells us that thousands of people have gone missing in Mexico over recent years, probably kidnapped, possibly killed (the film starts at a mass grave) and there’s a growing movement to do something about it. Solo efforts too, like the woman who shows her daughter’s picture to people on busses and asks if anyone has seen her. 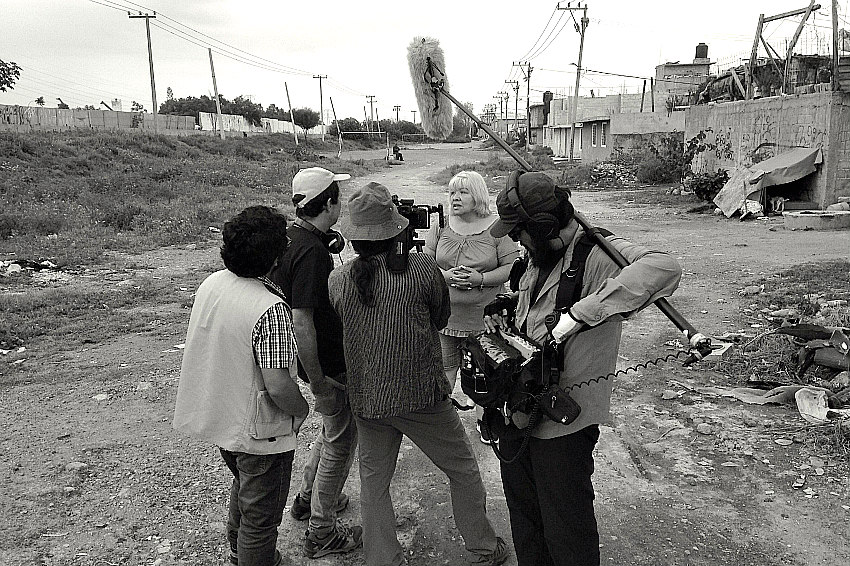 Through several chapters and regions the film lays out what people know and suspect. Drug gangs are kidnapping young people (especially women) to put them to work. When they’re finished with them they kill them. Or when a gang takes over a new territory, they kill them. Or ship them away. Sometimes they do it to terrorize other gangs. Sometimes the police help them. Usually they do nothing to stop them. In one particularly bad area they do that to terrorize ordinary people to dissuade them from supporting guerilla actions. We get a huge mass of information like that from activists, journalists, people who’ve encountered the gangs and from desperate mothers. It’s a real eye opener and just as often heartbreaking. The film by Montreal director Julien Elie screens Sun evening.

CALL ME INTERN: To get some jobs, you need experience. But how do you get it? Easy: work as an intern. No pay but responsibility and satisfaction and eventually, a job. Possibly. That’s the line and apparently a lot of employers are using it. This film says there’s a movement building against it. Some interns now see they’re just being used for free labor and that can last for years. Leo David Hyde  from New Zealand joined that system to expose it. Where? At a United Nations office in Geneva. Hyde lived in a tent and when a newspaper wrote about it, an embarrassing controversy rose up. 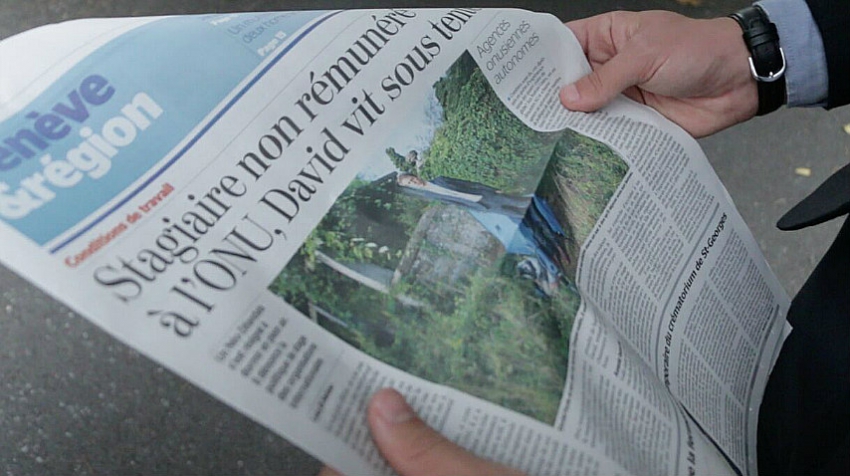 You wouldn’t think the UN would exploit workers like that but they claim that an official resolution prevents them from paying interns. TV debates on Fox, CBC and others puts it in context of the new work environment (the gig economy, contracts, sharing, “coddled” millenials). The film talks to several others to hear what’s really going on. And how it’s growing. The US government uses interns. Monica Lewinski was one, you might remember. In it’s quite calm way, the film is a protest action. Screens Monday at noon.

TOXIC BEAUTY: You really want to smear on that face cream tomorrow? Watch this film first because it points to dangers lurking in many personal care products. For women and men, and in the case of talcum power, babies too. Talc leads the examination here and is, as one scientist says, a “delivery device” for several carcinogens. Johnson and Johnson is facing thousands of lawsuits over it. The film features a woman who won a case but was awarded no damages. She has cervical cancer.

Many beauty products are hormone disruptors, possibly because of preservatives added to them. You’ll get to know a lot about parabens and phthalates and whether alternates are any better in this densely packed with information film. Several times it puts script on the screen but moves along before you can read it all. I glimpsed “limited evidence” in one but couldn’t catch the context. The EU has banned over 1,300 of these chemicals, Canada 500 and the U.S. only 11.The film by Phyllis Ellis of Toronto doesn’t seem alarmist though. Just busy, thorough and worrying. It screens Tues at noon and Wed evening.

THE INTRUDER:  The plot sounds interesting and it was filmed around here a couple of years ago but the studio didn’t preview it for media here. No confidence? They already made a title change; it was originally to be called Motivated Seller. That would be a guy played by Dennis Quaid who sells his large Napa Valley, California home to a young couple (Meagan Good and Michael Ealy) but then refuses to leave. He cuts the lawn and fixes things as if he still owns the place. A psychological thriller, not a horror movie, but who knows?