ONE CHILD NATION: China was so for about 35 years in an attempted population control that misfired. They now allow couples to bear two children. Here you can learn about everything that went wrong and much of it is absolutely harrowing. There were forced sterilizations, abortions, punishments that included the destruction of family homes and, not unexpectedly, corruption. Some of that took surprising forms. For some years there was a thriving adoption industry sending babies overseas—for a fee. Newspaper ads showed pictures of children available. 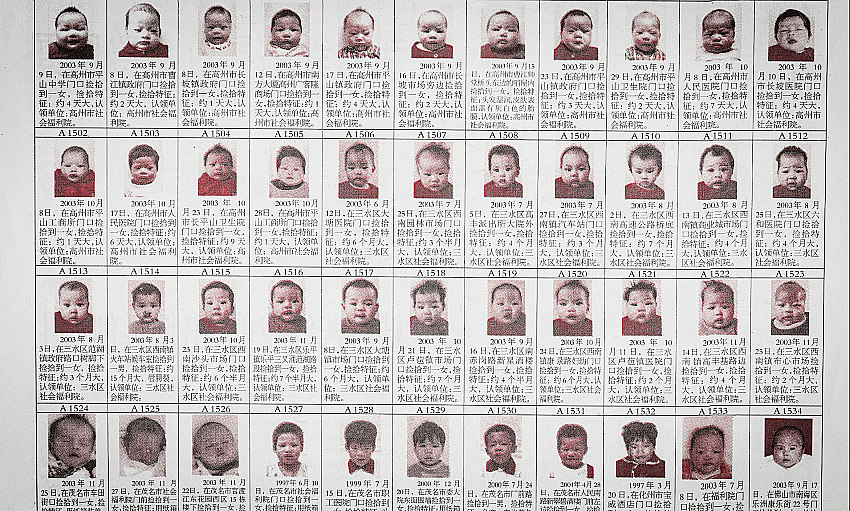 How they got those children is one of the most shocking parts of the story that Nanfu Wang tells in her film. She’s from China, lives in the US and went back to document what happened so that people won’t forget. What she hears, including from relatives, is startling. A former village chief tells why he enforced the policy. He had to obey orders. A midwife regrets the thousands of sterilization and abortions she did. People talk of abandoning babies (usually girls) on the roads and others talk of picking them up and selling them to orphanages for adoption. There’s much more, none of it pretty, in this remarkable film. (Screens Sat at 4 and Sun at noon)

MIDNIGHT TRAVELER: I’ve seen it before in news reports and other films—migrants making the desperate trek northward to Europe. But never like this. All these scenes are caught on cell phones by the people themselves. Nothing shakey, all clear, colorful, tightly edited and very dramatic. The Fazili family from Kabul, Afghanistan is targeted by the Taliban after a mullah started a boycott of the café they operated. They were refused asylum wherever they applied and set out (with the help of people smugglers) hoping to get to Germany. We’re with them for almost three years on late night transports in cars, van, boats or even just long walks. We get to a succession of refugee camps, a safe house in Bulgaria, four nights sleeping in a forest. Local toughs attack a crowd of refugees in one town. The police can’t do anything and the smugglers often demand more money. The migrants have to do a lot of waiting in various places and we get an authentic up close study of a distressing reality playing out every day. Says one girl, “I don’t want to remember this in the future.”  (Screens Sat and Sun evening)

MILES DAVIS: BIRTH OF THE COOL: This biography of the iconic jazz innovator is anything but cool. Early on maybe, when it feels like a standard life sketch of an artist. Then it digs deeper. It’s a multi-layered study of a complex man, driven to make music, searching for his own sound, feeling insecure at times, angry just as often particularly about racism in America, anti-social and depressed, drug addicted until his friends rescued him. Many appear to talk about him, including Herbie Hancock, Carlos Santana, George Wein, Quincy Jones and his first wife Frances Taylor. 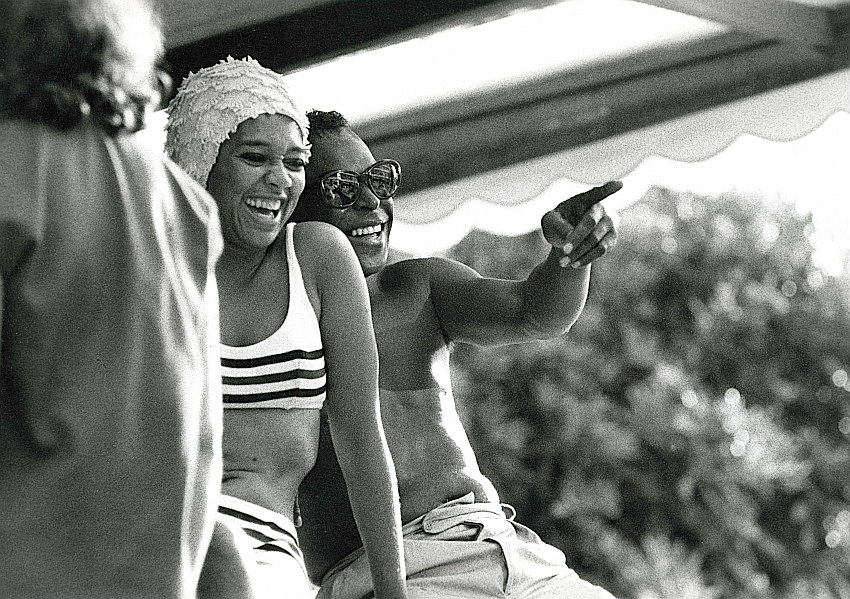 The actor Carl Lumbly reads his words and it’s as if Davis is narrating his own story. He was the son of a dentist in East St. Louis, absorbed all kinds of music, got himself invited to and discovered at the Newport Jazz Festival and loved to visit Paris where he was accepted without mention of his race. He met intellectuals, scored a movie for Louis Malle and romanced Juliet Greco. Back in the US, he turned depressed and paranoid. He died of a stroke in 1991.There are generous excerpts from his music and full background on some of his classic albums like Kind of Blue and Bitches Brew. And above all, a deep appreciation of his sound. Harbie Hancock says it’s “like a stone skippin’ across a pond.”  (Screens tonight, Fri, at 7 and Sun afternoon)

WHO LET THE DOGS OUT: Of all the DOXA films I’ve seen this year, this is the most fun. A little absurd too. You know that song from 19 years ago. It was a huge hit for the Baha Men and its been the subject of many law suits by people claiming they wrote it. New York artist Ben Sisto spent eight years investigating, distilled his research into a slide and music lecture and Vancouver’s Brent Hodge has him performing it in this film. The story takes many turns. The band is from the Bahamas, but a Trinidad version preceded it. Then a couple of Toronto producers said they wrote it. Then a guy in England.  Another recording preceded him  and Sisto was told about (and heard or saw video) of even earlier uses of the song in Michigan and Texas. Completely engrossing stuff. Musicologists talk about the folk process that used to carry songs around. Now everything gets copyrighted and litigated. Sad but also funny sometimes. (Screens tonight, Fri., and Sun. afternoon)

And three that I haven’t seen …

AN ELEPHANT SITTING STILL: By all accounts this is a masterpiece. Reviews have been raves and Cinema Scope magazine named it the best film of last year. But at four hours long, I haven’t had the time to see its day-in-the-life story of four disillusioned characters in northern China. The title refers to a trip they take to a zoo where an elephant seems to not care about any problems at all. It is director Hu Bo’s only film. He also wrote the novel but committed suicide after filming wrapped. (VanCity Theatre Mon to Thurs)

TOLKIEN: Not previewed here but the subject of some praise in England is this drama telling the life story of JRR Tolkien, the Lord of the Rings author. He’s played by Nicholas Hoult during his university years and war service, especially charting the effects of the latter. (Park Theatre)

THE HUSTLE: This remake of Dirty Rotten Scoundrels, which was itself a remake of Bedtime Story, shows that women can be just as good as men at con jobs. Anne Hathaway and Rebel Wilson do the scams this time, with considerable pains to show how easily men can fall victim because of their vanity and pride. An old story updated to fit the times, I guess. (International Village and suburban theatres)