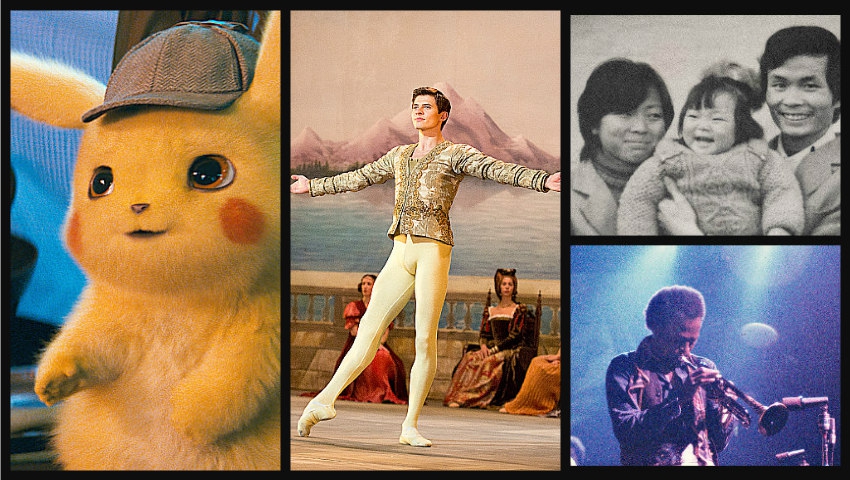 Also: con artistry from the female side, old women who think they’re cheerleaders and two other new films

New this week, we’ve got a possible challenger to the Avengers’ hold on the box office, four excellent documentaries, three films I haven’t seen and two I didn’t really need to.

DOXA films: Miles Davis Birth of the Cool, Who Let the Dogs Out

POKÉMON DETECTIVE PIKACHU: I’m new to the Pokémon phenomenon. I went to see what I could learn and quite enjoyed the movie. Better to listen to my grandsons, though. They’re the natural audience for it; they’ve collected the cards and seen some of the animated movies or TV episodes and they were entertained by the variation here and the huge special effects scenes it came with.

As I understand it, Pokémon are fanciful creatures that are pitted into battles against each other by their trainers. That’s banned in this version because an industrialist (Bill Nighy) has built a city where they and human beings can live together and partner up. Technically, visually on screen, this co-existence is done well, but there’s a dark side that three characters discover.

Tim (Justice Smith), his dad’s ex-partner in the detective trade (Pikachu, the yellow thing voiced by Ryan Reynolds) and an intern at a TV news station (Kathryn Newton) get into a secret research facility and find a project with good intentions gone wrong. The details are complicated and not all that logical but the presentation is spectacular. The facility is gleaming with sci-fi ambience. Earlier, there’s a raucous  illegal Pokémon battle and later an earthquake that crumbles the hills around. As thrilling as these are though, it’s the buddy comedy that is the real highlight. The wise-cracking Reynolds is a perfect opposite to Smith acting glum. The lines are only intermittently funny but they fly fast. (Scotiabank, Marine Gateway and suburban theatres) 3 out of 5

THE WHITE CROW: At the height of the Cold War, in 1961, Rudolf Nureyev was the first artist to defect from the Soviet Union. It was a major event both culturally and politically. He was revered as the best ballet dancer of his generation and his leaving was a huge loss for Russia. Not much of that comes across about him in this film directed by Ralph Fiennes, scripted by playwright David Hare and taken from a biography by Julie Kavanagh. We don’t learn what drove him to excel, need to be the best and why he was such an outsider, the white crow of the Russian idiom. 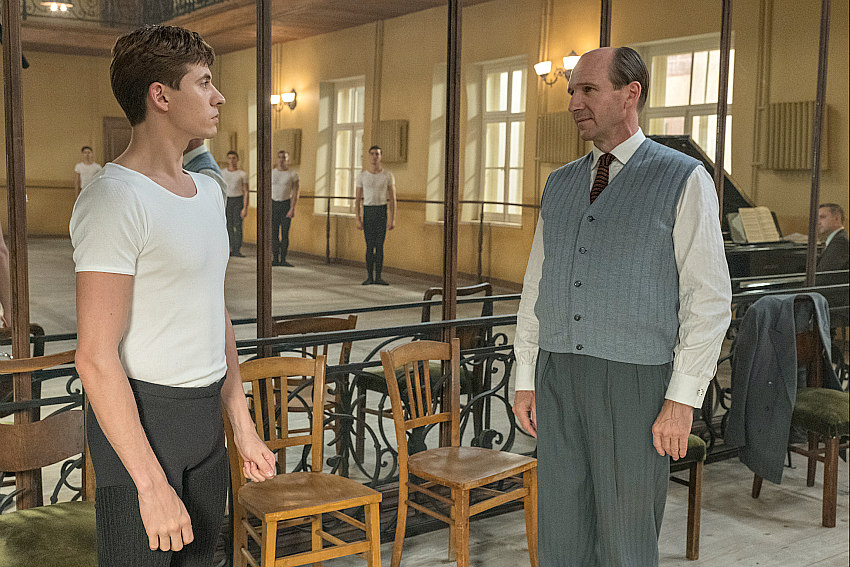 It doesn’t help that the film switches repeatedly between three time frames: childhood, ballet school and a tour to Paris. Fiennes is very low key playing his teacher and the Ukrainian dancer, Oleg Ivenko, who they found to play Nureyev, just doesn’t manage to convey his powerful presence. One character calls him “the most selfish man I’ve ever met” and very arrogant. Then why is the first half of the film so turgid with sedate discussions about the art of ballet, what to communicate and why dance at all? Later in Paris, when Nureyev haunted the art galleries, gay bars and nightclubs, drawing strict warnings from his KGB handlers and leading to his defection, the film does turn interesting and tense. It doesn’t explain much though, despite repeated flashbacks to his childhood and Fiennes’ own reference to “the ferocity of who Nureyev needed to be.” The dance sequences are nice but too short. (5th Avenue) 2 ½ out of 5

POMS: I thought hard and long on how to turn aside my negative feelings about this one. It’s so well-intentioned and trying so hard to be uplifting that I shouldn’t just dismiss it. But I am. Its cliché-ridden mission to tell old people that it’s never too late comes off as more than a little uncomfortable. That’s mostly because the seniors here pick the wrong way to show it. They become cheerleaders. 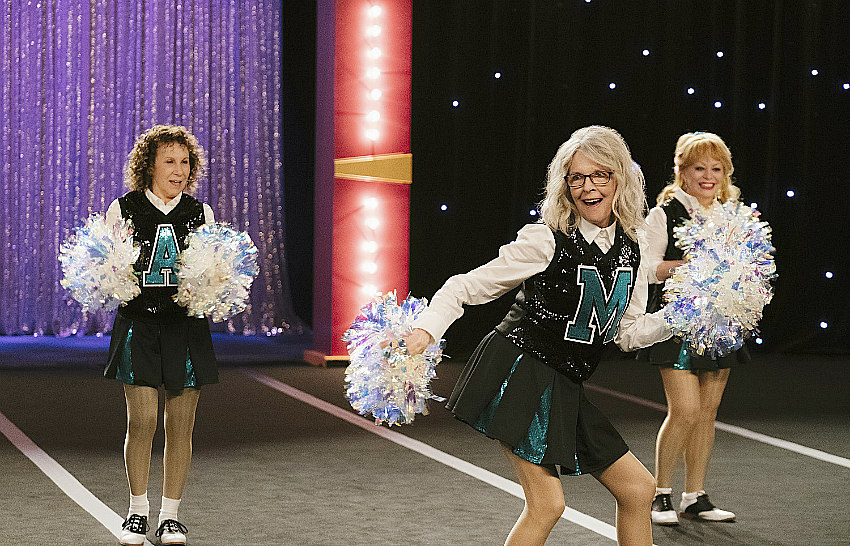 Diane Keaton, Rhea Perlman, Pam Grier, Jacki Weaver and four others form a squad to show they can still do it. They live in a retirement community where anything like that is forbidden. So, they’re rebels against unkind authority as well as old people trying to re-live their youth. That’s all fine, but the details aren’t. Keaton’s character is dying of cancer. She vomits into the toilet several times. Another performs in a wheelchair, after a fall. Weaver’s character, the liveliest of the lot, likes to attend funerals for the free food. There are a lot of jokes about the problems of old people, an embarrassing video that goes viral and then coaching help from a real cheerleader to get the squad into a national competition. Even as a fantasy, it’s hard to take seriously although it does build to a poignant ending. Too late to save the film, though.  (International Village and suburban theatres) 1 ½ out of 5

Four DOXA films: The festival is on through Sunday. For more information visit www.doxafestival.ca