The two actors capture the mannerisms and the tics of the two comedians exactly. I never heard the signature line “Here’s another fine mess you’ve gotten us into” but their ambience is there. The film could have re-created more bits from their movies to better make us appreciate their talent. It could have maybe shown more of how they worked. For instance that they timed all the laughs at preview screenings and then re-cut their films to fit them exactly. What it does show is their music-hall tour of England in 1953, playing to small audiences, hoping to revive their career while fighting off medical issues (Ollie) and trying to get backing for a new film (Stan). Reilly and Coogan get across the affection and respect the two had for each other and the film, gladly, doesn’t search for dirt to tarnish their image. It’s amiable all the way. (International Village) 3 ½  out of 5

GLASS: The up and down career of M. Night Shyamalan  is down again judging by this, his latest. It makes no sense at all (except perhaps to him) and gets deadly dull exploring issues of identity rather ineptly. He’s followed two of his better films (Unbreakable from 18 years ago and Split from 16 years later), brought the main characters together and shows what they’re up to now. For most of the film they’re in a mental hospital getting repeated lectures and analysis from a psychiatrist (Sarah Paulson). She specializes in treating people who believe they’re super heroes (not a busy practice, I suspect) but she’s got three choice patients here. 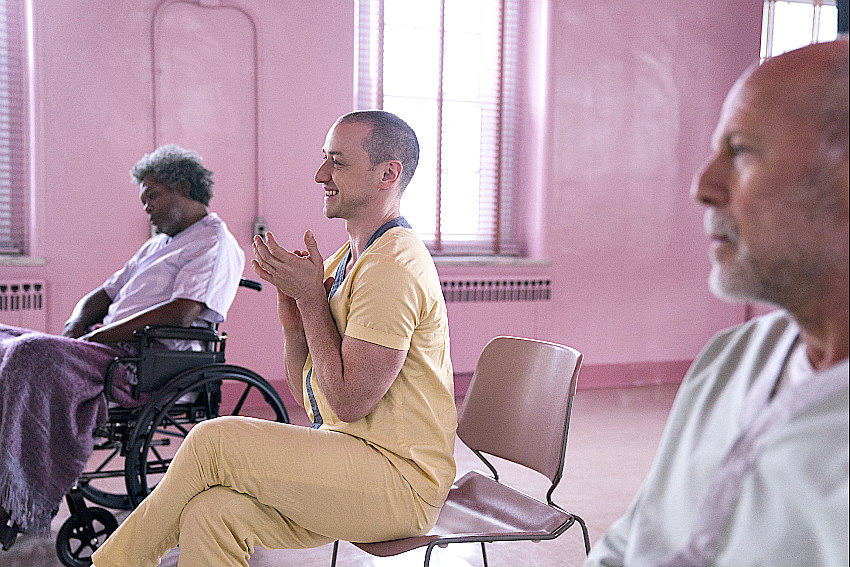 James McAvoy is the most interesting. He’s got multiple personalities, shows 19 (according to a list in the end credits) ranging from nice to “The Beast” and is up to his old tricks abducting cheerleaders. He’s got four this time, one more than in the previous film, until he’s caught and incarcerated. Bruce Willis is an avenging “super hero” and Samuel L. Jackson is Mr. Glass who’s been locked up for almost two decades.  It helps to know the two antecedent films to understand them. They’re all suffering from delusions, says the doctor, some caused by trauma, some absorbed from comic books. The film seems to want to explore that phenomenon but confuses more than elucidates. There are twists; the biggest is that what you think will happen doesn’t and what does occur at the end is more than improbable. McAvoy’s performance with all those character shifts is the one reason to see the film. Unless, of course, you’re a completist and must finish the trilogy. (Scotiabank, Marine Gateway and suburban theatres)      2 out of 5

SCIENCE FAIR: This one will cheer you up because it’ll re-ignite your optimism about the world. In this case it’s through the efforts of teenagers, talented and inventive science kids competing in a mammoth competition run by the Intel Corporation. National Geographic cameras filmed them. We meet and then follow nine of the 1,700 who entered the contest. A young man from Germany has improved an experimental airplane wing that hadn’t previously caught on. A girl in South Dakota is studying teen risk-taking. One is into machine learning, a trio of boys have a specialized stethoscope and a girl in Brazil is working on new drugs to fight the Zita virus. 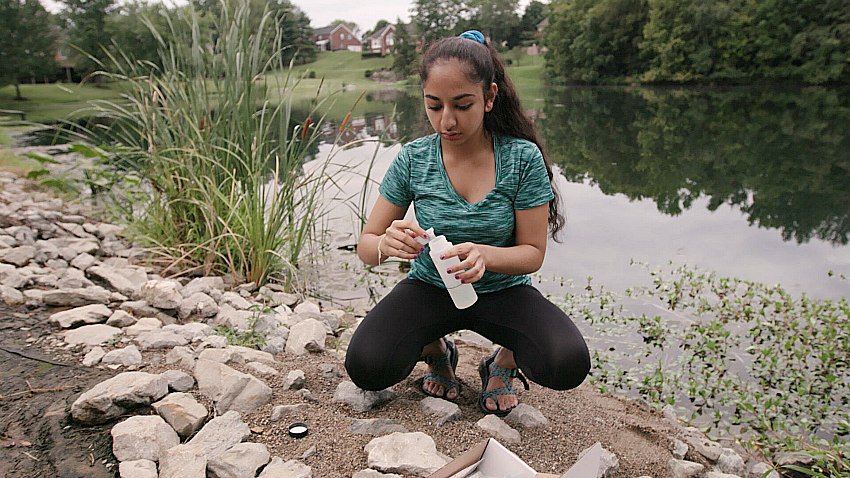 The sheer range of their interests will leave you amazed. Some are wonderfully confident. “I have too much to give to the world,” says one. As the tension builds one perfectly describes the essential challenge. They work all year and then have 10 minutes to convince the judges. The film doesn’t end the way you expect but satisfies intellectually.  Incidentally, there’s another similar film out there. It’s already playing in Toronto. Inventing Tomorrow is by different filmmakers, concentrates on teens with environmental research and culminates at the same fair, the same year. Science Fair also played at the film festival back in October. (VanCity Theatre) 3 ½ out of 5