New films with Annette Bening, Isabelle Huppert and Helen Mirren, one of them not so good 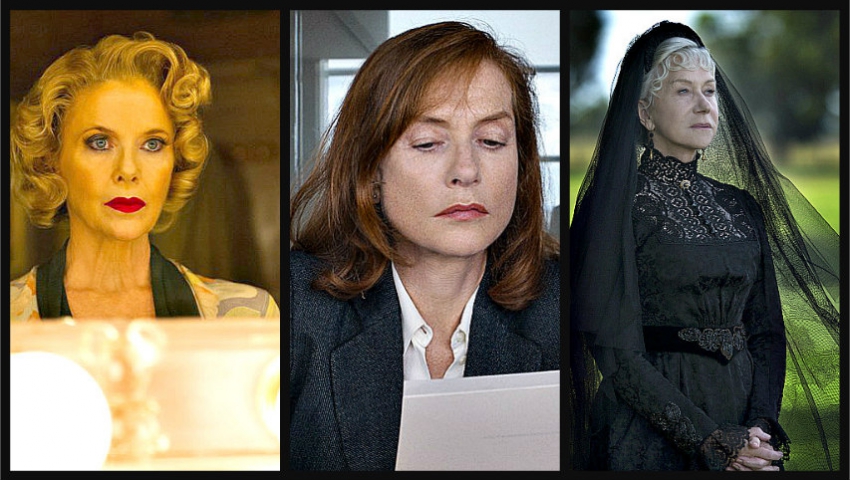 The big movies don’t open at Super Bowl time. You have some good choices among these smaller ones though, and one that’s disappointingly bad.

FILM STARS DON’T DIE IN LIVERPOOL: Maybe not, but Gloria Graham the Oscar winner and film noir icon retreated there after a backstage collapse. She wanted to stay with the family of her latest lover, a young actor named Peter Turner. She was reliving their romance of a couple years earlier in London, New York and her seaside home in California. What she was really seeking was solace for her medical problems and for the equally-threatening peril creeping in on her: old age. She was in her late 50s, had been married four times (once to a stepson) and wasn’t getting work in the movies anymore. Thanks to Annette Bening’s vibrant performance she’s not a pathetic figure but a multi-faceted character. At various times she’s demanding, scared, endearing, moody and vulnerable. 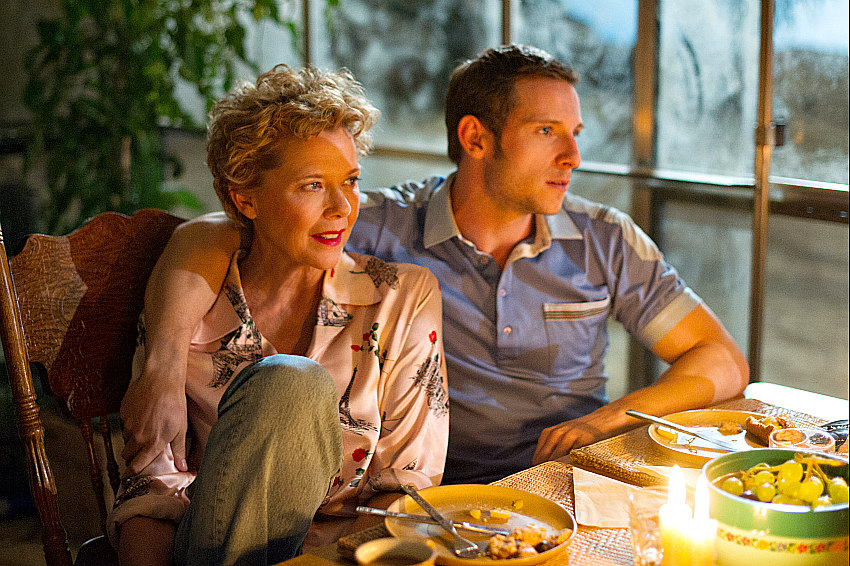 Jamie Bell, the original Billy Elliot, plays her lover, almost half her age but infatuated and star-struck. There’s a sweet aura to their relationship. Naturally. It’s taken from Turner’s own memoir. The age difference isn’t even a factor until very late, when she can no longer keep it hidden that she has cancer. She refused chemotherapy because, as she says, she needed her hair if she was to keep working. There’s a universal theme there about women and what time brings for them. It’s the same, only amplified, for entertainers. The film is emotional but also lively and at times, funny. No Oscar nominations, curiously, but three for the British counterpart, the BAFTAs. And here’s some trivia. Jamie Bell and Julie Walters are re-united 17 years after Billy Elliot. She was his teacher back then and plays his mother now. The film is from the English company that produced all those James Bond movies. It’s only their second non-Bond. The first was back in 1963, Call Me Bwana with Bob Hope. (International Village) 3 ½ out of 5

HAPPY END: Don’t be misled by the bright look and the brisk tone. This is a Michael Haneke film and his cynical view of humanity is intact. Hypocrisy is his target and he works it over thoroughly in the presence of an entrepreneurial family in Calais, France. Isabelle Huppert plays the workaholic manager of a construction company. The patriarch (Jean-Louis Trintignant) is turning senile and  an alcoholic son has allowed an accident to happen on his watch. Toby Jones plays a financial type involved with a loan committee. 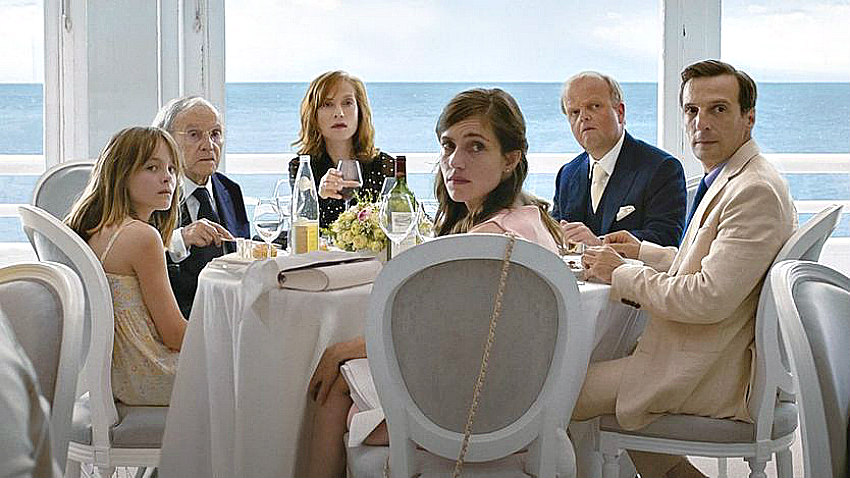 It’s a self-contained group, perfectly able to handle business. People, not so much. Bit by bit, usually through the eyes of a young girl (Fantine Harduin), we get a batch of uncomfortable details. Her father is an adulterer. She sent her mother to hospital and used her anti-depressants to kill her hamster. The patriarch wants to die and recalls that he helped his wife end her life. (That’s an unnecessary echo of Haneke’s Academy Award-winning film Amour, and not meant to be a continuation of its story). The incompetent son disrupts a family lunch by bringing in a group of refugees from the street outside. They hadn’t been noticed anymore than the North Africans already inside working as servants. It’s a caustic image of the privileged bourgeoisie that emerges out of the pretend civility. There’s excellent acting that delivers scads of cynicism and sarcasm. I’m just not sure why we’re getting them again. (VanCity) 3 out of 5