ST. LOUIS SUPERMAN: He was one of the activists in the Ferguson racial battles; he’s now an elected member of the Missouri legislature but Bruce Franks Jr., as seen in this film, is still just a regular guy from the hood. He talks and dresses like one, wins a rap slam against a guy named Antonio “Bone” Williams and has emotional baggage in his past. He saw his brother shot on a street, has been to 167 funerals and relives them all in his dreams. The film follows his attempts to get a law passed pertaining to youth gun violence. “This system wasn’t built for us,” he says, referring to the blacks and the poor where he lives. But speaking to ex-cons, to a radio interviewer or at an anti-gun rally he appears committed and sincere. The film is co-directed by Smriti Mundhra of Los Angeles and Sami Khan based in Toronto.

WALK RUN CHA-CHA: This is the mild one. A bit insipid, if I dare say so. An elderly couple take dance lessons in Los Angeles and re-affirm their connection. They met years before in Viet Nam during the war there. She didn’t think he was her type but they enjoyed dancing. When the Communists came he left without a word, later wrote letters to her (“so romantic”) and then managed to get her out and join him in LA. They recall it all on the dance floor 40 years later. Dance is another level of freedom, he says.  “We’re making up for lost time,” she says. “We’ve only just begun” the song that’s playing says.

OSCAR SHORTS ANIMATION: The distributor cautions that the themes are heavy this year and the over- all aura is melancholy. Well that’s because the fun items have been kept out and appear as also-rans. One film starts out humorous but makes a sudden switch before it ends.

HAIR LOVE: This one, from the U.S., also starts funny. A young girl with a giant untamed Afro hairdo needs help styling it. Dad takes the assignment and struggles amusingly with its hard-to-control predisposition. 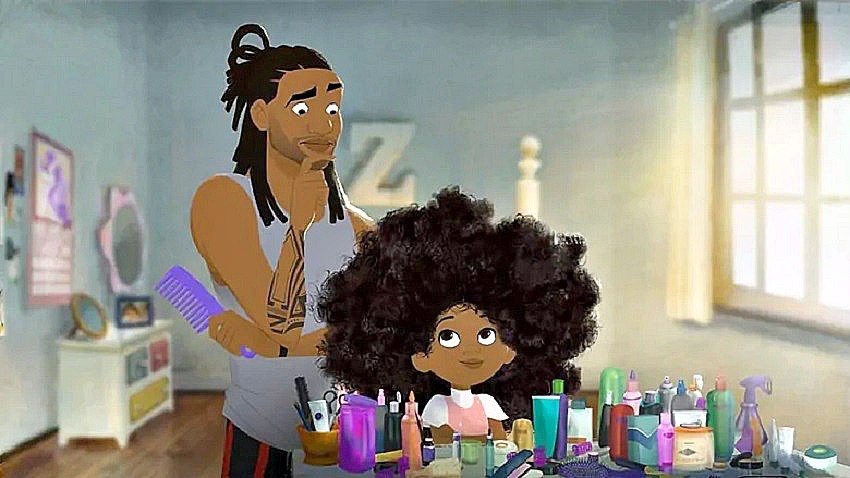 Later we find out why dad had to do the job and it’s one of those heavy themes. The film is also about black fathers being there for their kids, according to Pearl Low of Vancouver who worked as a story artist on it. She was invited on because of a comic book she wrote about her own hair problems. She’s half Chinese and half-African.

DCERA (DAUGHTER) is from the Czech Republic is a moody film with paper mache puppets acting out a family drama. The daughter sits at her dying father’s hospital bed and flashes back to incidents in their life, particularly one that she can’t forgive. He wouldn’t help her heal an injured bird. But a succession of images like empty subway cars, bus station or even a hospital bed, makes her rethink the incident and her dad.

SISTER is listed as a China/USA production. A man over here recalls life with his sister over there. “She liked to take my toys.” Brothers anywhere will understand and laugh with recognition. But there’s a dark turn that comes up suddenly.

MEMORABLE: This one from France has already won some 30 awards at festivals for its touching impressions of dementia. An old man is at the centre but his world dims and unfocusses, objects de-construct, memories recede and come back as the filmmaker, Bruno Collet, imagines how a victim of Alzheimer’s perceives his condition. He uses stop-motion puppets and computer effects to convey how he images it. It’s not fun, but it is artful and stylish.

KITBULL: Reconciliation is a big theme this year and played here out in a junk-filled alley between an abandoned kitten and an angry dog. They bond as the roll a plastic bottle top back and forth. It’s economical story telling and presumed to be a front runner because its from Pixar. 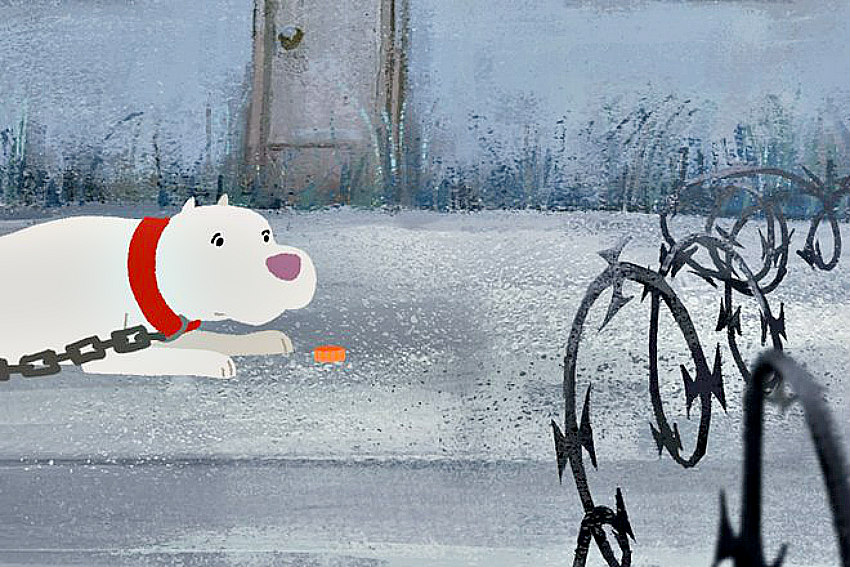 To fill out the running time to 85 minutes, there are also four runners up in the program. Two of them should have been nominated.

MAESTRO is a rousing two-minute tribute to opera with various wetlands animals performing an aria by Bellini.

HORS PISTE is an uproarious French film about a ski patrol rescue in which everything goes wrong. It reminds me of some of the old Laurel and Hardy shorts.

THE BIRD AND THE WHALE has an orca try to save a bird trapped underwater still in its cage. There’s a union of the souls of two very different creatures.

HENRIETTA BULKOWSKI always looks at the ground because of a deformity but she yearns to fly. A junkyard guard (voiced by Chris Cooper) tries to stop her but then helps her to restore an abandoned plane and get her wish, and ultimately learn a life lesson.

Three more films are now here but weren’t available for me to preview.

THE RHYTHM SECTION: Blake Lively plays a woman looking for revenge after her family is killed in a plane crash.  She associates with Jude Law and Sterling K. Brown on her quest.

GRETEL & HANSEL : The horror that was only implied in the fairy tale, is amped up into something called “terrifying evil” in this modernized version. It was filmed in Ireland but added  re-shoots in Langley, possibly because Burnaby’s Bron Studios is one of the production companies behind it. But why they allowed media previews only in Toronto is a mystery.

RABID: The horror-loving Soska sisters, Jen and Sylvia, from here in Vancouver, re-imagine one of David Cronenberg's early films and according to some do him one better. Laura Vandervoort plays Rose a would-be designer in the women's clothing industry. She's in a traffic accident, suffers severe damage to her face and becomes the victim of a mad surgeon with an experimental stem cell treatment. The side effects include a lot of gore.

It's at International Village and coincidentally the original will on late tonight at the Rio, so you could compare if you had a mind to.