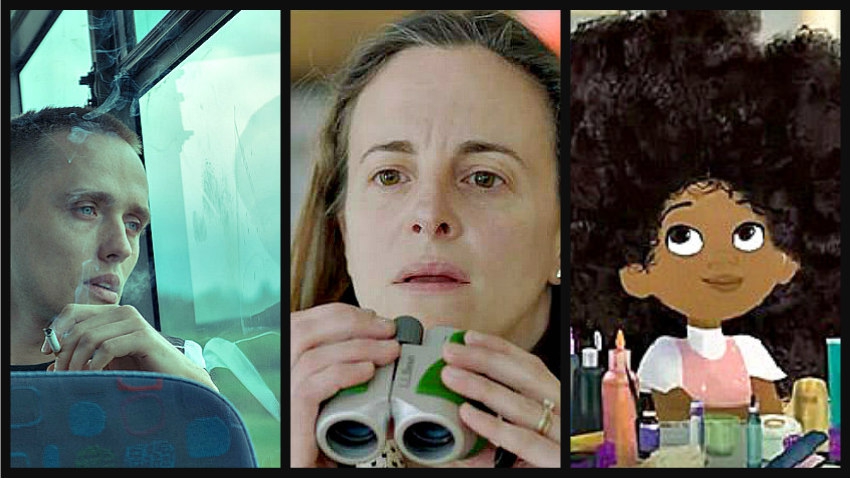 Thank heaven for the Oscars. Three new films this week weren’t available to preview but a batch of Academy Award nominees were. Including all the shorts. They’re showing at the Van City Theatre and will help if you’re getting into an Oscar pool.

Meanwhile note these other events:

This year’s Rendez-vous French Film Festival starts Wednesday and runs for about two weeks. The thirty or so films being shown are from France and Quebec and include award winners, crowd pleasers and favorite stars. There are three films with 11-time Cesar nominee Fabrice Luchini and one film with Jean-Louis Trintignant, Anouk Aimée and Monica Bellucci directed by Claude Lelouch. To learn more visit http://www.rendez-vousvancouver.com/

And tomorrow the VanCity Theatre also kicks off its annual series of films for Black History month. They start with the wonderful Spider-Man film Into the Spider Verse (11:45 am). There’ll be a panel of local artists to talk afterwards including Pearl Low,  who worked on one of the Oscar nominees that I write about below.  The next films will be on Monday:  Harriet and Boyz in the Hood. For more info visit https://viff.org

CORPUS CHRISTI: That core belief of the Catholic Church has multiple facets in this superb film from Poland. Events lead up to the annual feast day of the same name. The sacrament is performed in  several masses in the film. And a young man metaphorically joins with the body of Christ in the story. Remarkably, it’s not a somber, religious tale but a cleverly-told fable apparently based on a true story. Now it’s one of the five nominees for the Oscar in the international  category (formerly known as “foreign language”). It’s a very engaging film. 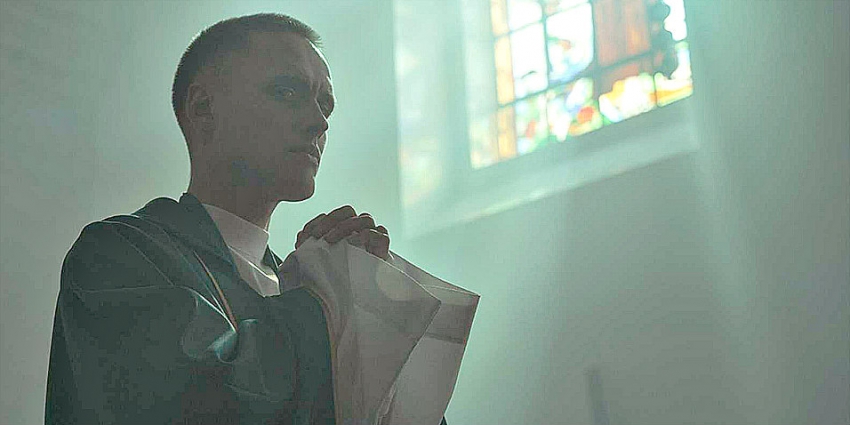 Daniel, who we first meet (and see roughed up) in a juvenile detention centre wants to be priest. He’s barred from any seminary but is sent to a small town to work in a sawmill. That doesn’t appeal to him and in town he claims to be a priest thereby getting an invitation to fill in just one time for the real priest who’s asleep drunk. That’s extended and his unconventional style and charisma in celebrating mass and hearing confession prove popular with the townspeople. So, how long before he’s found out and how will it happen? That’s one story line. A second involves a feud that’s divided the town after a tragic road accident. What can he do about that? There’s more than one way to do good, is said early in the film and demonstrated through the rest. It’s moral in its own way and also cheeky by asking what good are confession and priestly celibacy anyway?  (VanCity Theatre) 4 out of 5

OSCAR SHORTS (LIVE ACTION): Of the three categories this is the best. There’s not a dud among these five films and a couple are supremely powerful.

BROTHERHOOD: The director, Meryam Joobeur lives in Montreal and filmed this highly engrossing tale back in Tunisia where she was born. Among her revelations: Family and personal honor are paramount. The title recalls both a key Islamic precept and the Muslim Brotherhood. And some people in Tunisia, including her central character, have red hair and freckles.

The story is set on a sheep farm where a young man has just returned from Syria where he went to join ISIS. He’s brought his pregnant wife and gradually we learn a complex backstory. The Arab Spring aroused a wave of idealism. The son’s participation estranged him from his dad; his wife’s experience was dreadful. The family has a struggle ahead to accept them. All that is told in just 25 minutes. Two festivals ago at TIFF it won the award for best Canadian short film.

NEFTA FOOTBALL CLUB: Also set in Tunisia, but a French co-production this time, it’s a lighthearted episode with the best comedy pay-off in the series. Two brothers argue the soccer talents of Messi or Mahrez while searching for some lost goats. They find a donkey carrying bags of drugs. 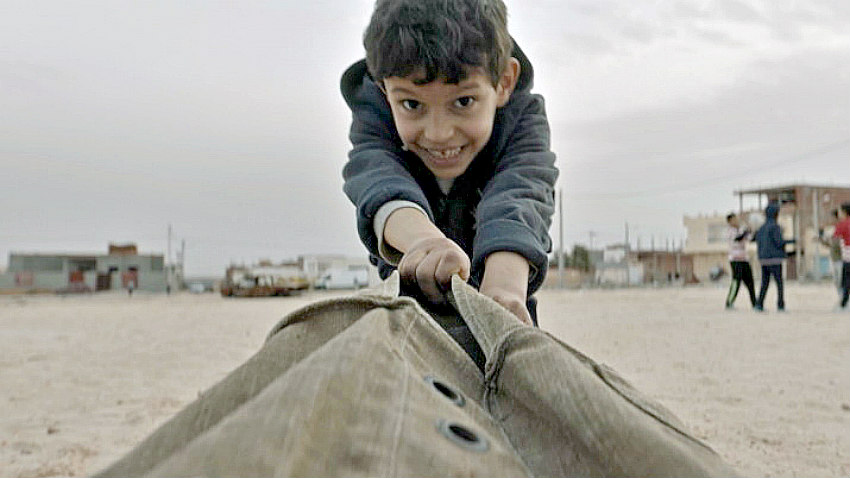 The younger thinks it’s laundry detergent; the older knows what it is and has plans to sell it. Things don’t work out as he expects, in very funny way.