More stomping from the Jurassic dinosaurs, a hopeful essay on climate change and real work observed 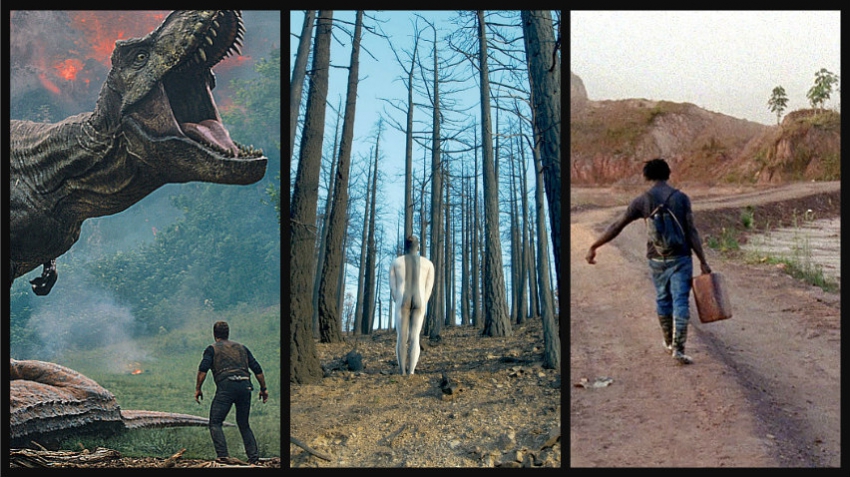 Also: Bono’s daughter and a Vancouver up and comer portray a married couple going wrong

Three screenings sold out and now there are more for THE BRIDGE, the documentary about the collapse 60 years ago of the Ironworkers Memorial Bridge. It was one of the worst industrial accidents in Canadian history and caused 19 deaths. The film by journalism instructor George Orr is rough but as local history it’s invaluable. There are memories from survivors and others, including former radio guys George Garrett and Rick Cluff, and from Peter Hall. He was a draftsman at the construction company and took film before and just after the accident.  The company didn’t want it anymore but he kept it safe and stashed away at home until its debut in this documentary. It plays at the VanCity Theatre midday Sunday (standby only) and four times on the July 7-8 weekend. Tickets available, although listed as “going fast” for one of them.

Here’s what else is new this week.

Earth Seen from the Heart: 4 ½

JURASSIC WORLD: FALLEN KINGDOM: The previous film in the series is the 5th biggest of all time, in a money-making sense, so of course, we’re back for another round with these dinosaurs. It’s the 5th time, since they were brought back from extinction back in 1993 and if you want action and spectacle you’ve got it. Lots of it. Too much actually. After a wonderful start that takes us right back into the discovery and adventure style of old, the plot gets crammed with more and more complications, some of them verging on ridiculous. My chief delight in the second half was in wondering what more could they throw in and then seeing what they came up with. And, no surprise, it all leads to a blatant set-up for yet another movie.

Much of what you see builds directly on the past, including the original. The first sight of a dinosaur, for instance, and a few other sequences are strong reminders. But did you know that John Hammond, who originally revived these beasts, had a partner? He’s new (played by James Cromwell) now an old man and unaware that the manager who runs his business empire (Rafe Spall) has evil plans; to send mercenaries to capture the animals, bring them to the U.S. and auction them off for military and genetic purposes. On the other side a couple of do-gooders discover the plot and try to stop it. The former park manager, now a dinosaur-protection campaigner (Bryce Dallas Howard, no running in high-heels in the jungle this time) and the former trainer (Chris Pratt) go back to the island to try and save the animals. 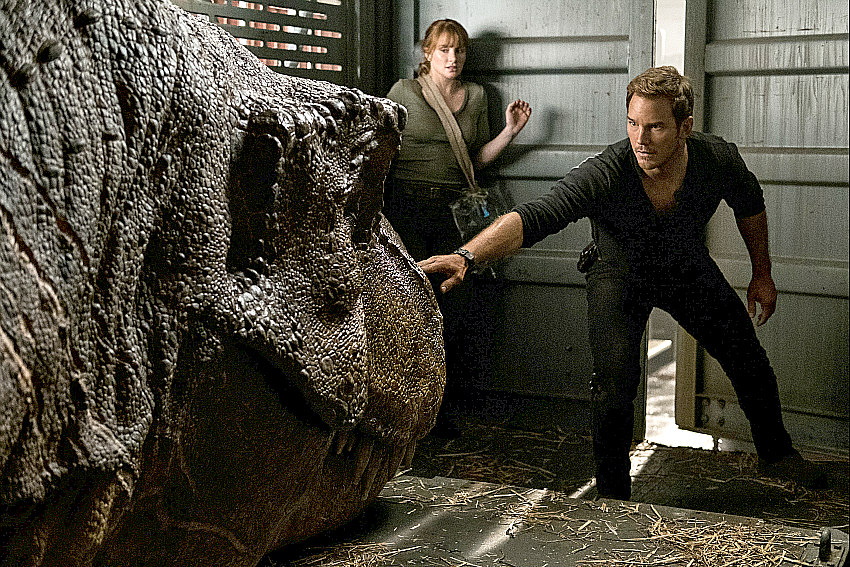 There’s a sense of urgency. A volcano is erupting and will soon destroy the island. That gives us a series of action scenes, directed to quite thrilling effect by the Spaniard J.A. Bayona. Like in the horror movies he’s known for, the tension and sometimes scares amp up as these dinosaurs get really close and menacing. That continues in the US but takes on a different feeling. They’re not running through the jungle but in the halls of the old man’s mansion, where they also threaten his granddaughter. Her spirit is welcome in the movie but part of her story is so odd that it’s completely out of place. The whole film is mixed like that. The energy, the acting, the visual effects are strong. The story gets absurd. (5th Avenue, Scotiabank, Marine Gateway and many suburban theatres) 3 out of 5

METAMORPHOSIS: Depressed enough when you think about climate change? Don’t see anything but catastrophe in the future? Don’t want to see a movie telling you about it all again? Check out this one; it recites the grim facts alright but leaves you with an optimistic message. People are finding there are things they can do and there may be solutions for all of us. The film delivers both the bad and the hopeful in gorgeous cinematography often from drones flying above. Those images, a poetic tone, some arty touches, needed or not, and the observations from a long list of environmentalists, philosophers, artists and scientists are ultimately encouraging. Quite a feat considering the subject. 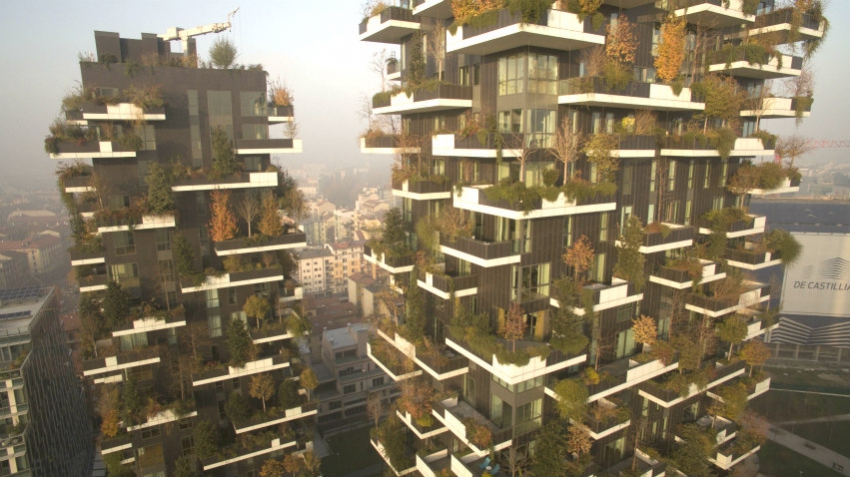