BURNING: Don’t think of this film as slow, although it does move along at a leisurely pace. Think of it as engrossing, mesmerizing and mysterious. And note the contemporary issues it has bubbling away behind the story line up front. This is a very rich experience that starts with a 1992 short story by Japanese writer Haruki Murakami that was re-set in and adapted to South Korea by master director Lee Chang-Dong. He won a critics’ prize at Cannes for it. 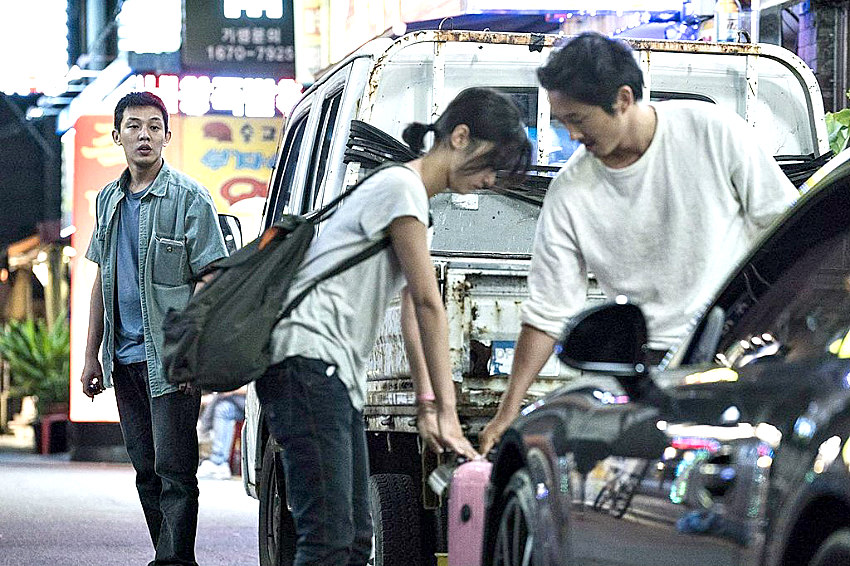 Young people can’t find jobs but there are many Gatsby’s about, who our hero, Jong-Su, describes as “mysterious people who are rich but you don’t know what they really do.” Ben seems to be one. He drives a Porsche, lives in that happening part of Seoul called Gangnam and exudes confidence. He’s also become close with a young woman our hero is smitten with after some quick sex, whose cat he watched while she was away and who claims she knew him years ago. She’s pondering her place in the universe and then disappears. “Like a puff of smoke,” says Ben who doesn’t judge because he believes there’s no right or wrong in the “morals of nature” and then admits to a strange hobby, burning down greenhouses. Jong-Su spends the rest of the film searching for explanations for all these matters even as family issues—his estrangement from both parents—mean he’s like an orphan, alone in this world. (Van City Theatre) 4 out of 5

MADELINE’S MADELINE: Mother-daughter conflicts, the stresses of growing up, controlling power figures, mental health and the power of art all swirl about in this intriguing and very much out-of-the-ordinary film. It starts out strange, comes into focus and then turns surreal. It’s quite a feat for third-time director Josephine Decker and features a terrific, very natural performance by another newcomer, Helena Howard, as a teen who is buffeted between two powerful women. 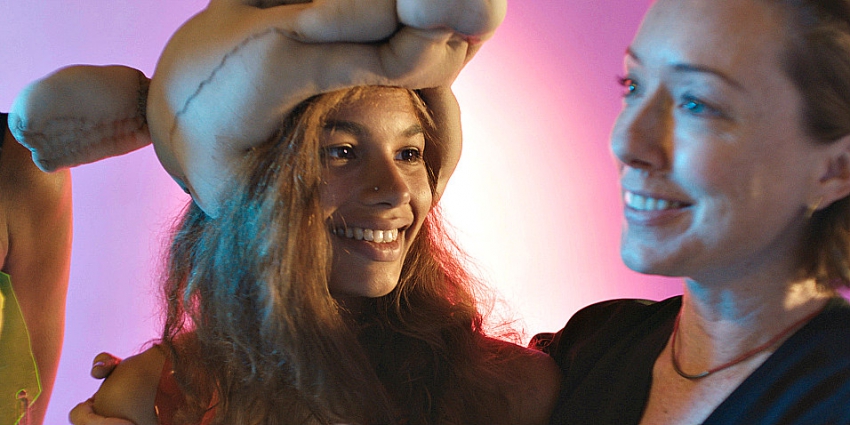 She’s 16, has spent some unspecified time in a psych ward (which her mother played by Miranda July is prone to recall now and then) and has a dream about attacking mother with an iron. As a form of therapy she participates in an improv theatre project where the director (Molly Parker) leads exercises like “birth yourself right out of the cacoon.” She’s so impressed by the teen that she urges her to act out incidents from her own life, including that violent dream about her mother.  “This is immersive theatre,” she says and the play becomes more and more about her. The others aren’t happy about that and mom isn’t supportive. She calls her a hypochondriac. The line blurs between theatre and real life and the film becomes a strong, dreamy impression of a young woman’s chaotic inner life. It’s a bit too arty but well worth experiencing. (VanCity) 3 out of 5

DR. SEUSS’ THE GRINCH: Yes here it is for a third time. Benedict Cumberbatch voices the famous grump who wants to spoil Christmas in Whoville but for the influence of a young girl with a good heart. Boris Karloff starred in the original on TV, and Jim Carrey 18 years ago in the movie that was drubbed by critics but to this day remains the second highest-grossing holiday film of all time. Home Alone and its sequel are first and third. This new version is from the group that brought you Despicable Me, Minions and other fun hits. Sounds to me like there’s a built-in audience out there. (International Village, Marine Gateway and many suburban theatres)

OVERLORD: Really? Nazi zombies again? They’ve been in movies and games for years. The high point was Dead Snow which came from Norway nine years ago and just two months ago there was a Canadian variation, Trench 11, which shifted the concept back earlier to World War I. It seems that its basic plot is pretty well repeated in this new one. Paratroopers drop into France to prepare for the Normandy Invasion and find experiments have been going on in tunnels under a church to revive the dead. They come at you in what Screen International calls “a big, loud, violent, gleefully gory sledgehammer of a film” but another site calls “uninspired” and “aggressively boring.” It’s got high marks on Rotten Tomatoes, though.  (Scotiabank and suburban theatres)