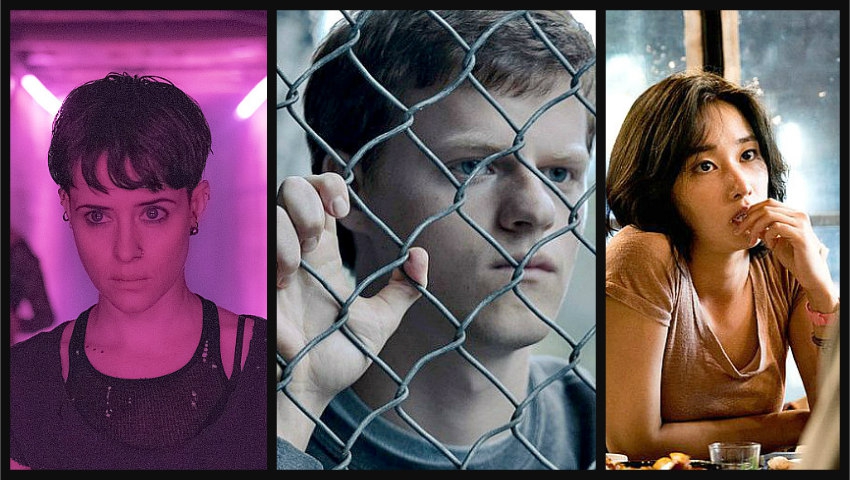 I’m going traveling this coming week so my next two New Movies features will be incomplete. Today’s is too, but for an entirely different reason. The previews for three films were held at exactly the same time. The studios’ loss. Well, two of them.

Here’s what I do have.

THE GIRL IN THE SPIDER’S WEB: I’m told that there’s been a great deal added to this story in its transition from book to screen. Maybe that’s why I couldn’t really believe in it. The is the fourth novel  in the Millenium series, better known for its punky, computer-hacking heroine, Lisbeth Salander, and the first written by another author after Stieg Larsson died. Initially it’s fully involving. There’s some extra backstory shown about Lisbeth, including that she has a sister and escaped an abusive father. And there’s a bit of what you expect, more avenging-angel action against abusive men. But then she gets into stuff that just doesn’t fit her. Just like so many action heroes in other movies, she’s asked to save the world from nuclear destruction. Her unique persona is turned askew for sake of a screenplay. 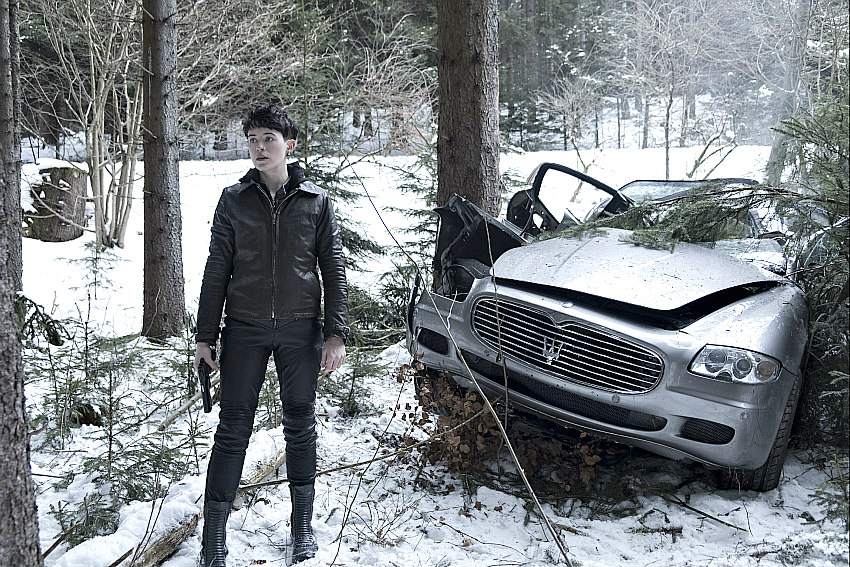 Claire Foy, more used to playing a queen, is fine as the moody vigilante. It’s the situation that’s not credible. An American programmer with the National Security Agency wants her to steals the data base he’s been working on because it’s too dangerous. Bad guys could gain “god-like powers” with it. No problem; she gets it just like that, the first of several examples of her hacking skills that defy credibility. But she needs a code to de-crypt it and before you know it, the program is stolen from her. The ensuing quest to find it again is so convoluted, only a writer could make it up. Her sister, family history, an autistic boy (more central in the novel, I’m told) all figure in it. A woman lover has only a perfunctory presence and the close relationship she had in previous films with Mikael Blomkvist of the Millenium Magazine is flat this time. In fact, the whole film is chilly; watchable but disappointing.  (Scotiabank, Marine Gateway and suburban theatres) 2 ½ out of 5

BOY ERASED: It’s not quite three months since the last film (The Miseducation of Cameron Post) that exposed the disgrace of gay aversion therapy so it’s not surprising that you may feel you’ve been told all this before. Like in that film you get a look inside a program propelled by ideology and ignorance to convince gays that they’re not born that way, that they’ve made it a choice and they can correct themselves back out of it. Also like that film, this one is somewhat restrained in what it shows. Gay life is underrepresented and the de-programmers are shown as merely misguided though possibly well-meaning. The link to religion is more pronounced in this one. The program is church-based; the main character (Lucas Hedges) is sent there by his preacher-father (Russell Crowe) with the approval of his mother (Nicole Kidman). 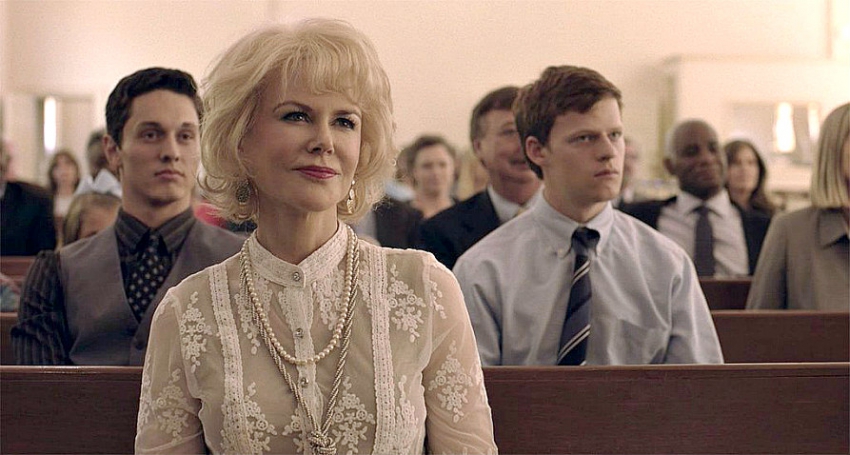 One of the first lessons he gets is “What is a real man? He’s a man of God.” It’s not long before it feels more like confinement than teaching. No phones, outside contact, diaries or even solo trips to the washroom are allowed. Violations of the rules are punished with humiliation and worse. A key assignment is to list the moral faults of your relatives because they’re said to have contributed to the homosexuality. Joel Edgerton, as the program leader and the film’s director, explains all this with fervor.  It’s based on a true-life memoir by Garrard Conley and Hedges, as his stand-in for the movie, is slow to realize what’s amiss. He’s compliant with his dad’s plan just like his mom. The tension is in waiting for the time when somebody objects, and how. It’s slow getting there but the details of the instruction and the fine acting by all, including small roles for Flea and Xavier Dolan, will keep you, not quite angry, but concerned.  3 ½ out of 5