More action from Spider-Man, a pagan cult in Midsommar and Wild Rose hurting to sing country 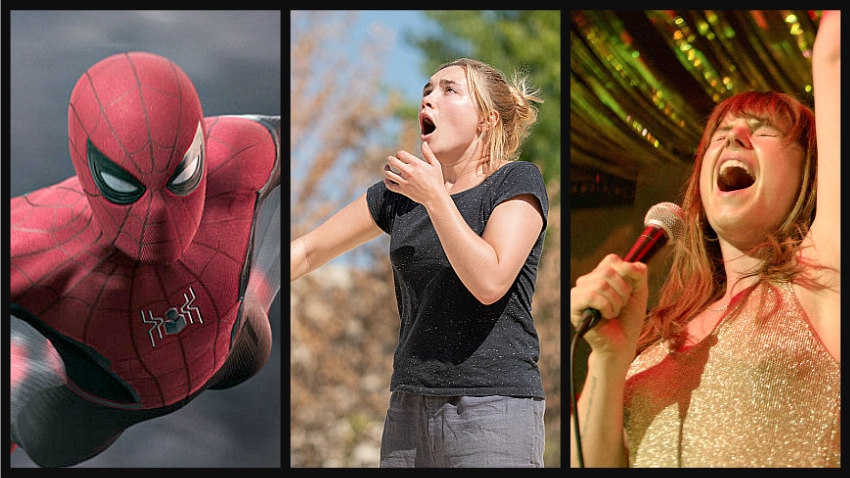 Also: Because We Are Girls, a stunning real story from here in BC, and Too Late To Die Young, a Chilean film that hides its politics

Before you get to the week’s new movies, note these upcoming films.

The VanCity Theatre is showing one of the spaghetti western masterpieces, The Good, the Bad and the Ugly, on Tuesday. You don’t often get to see these on the big screen. But really that’s where they belong. They’re billing this as “the definitive cut.”

The Cinematheque has revealed its Film Noir schedule for this year. It’s an annual series that runs through the first three weeks of August. A lot of the classics are in it and ironically one of the most celebrated, Touch of Evil, by and starring Orson Welles, is playing there tonight (July 5) as part of another series. And there’s a companion series of crime films by France’s Jean-Pierre Melville. His work hasn’t been much available until recently. Check out http://www.thecinematheque.ca/ or the widely available program guide for more information.

And these are the new ones:

Because We Are Girls: 4

SPIDER-MAN: FAR FROM HOME: Well, not that far. Just Vienna, London, Prague and Paris. Peter Parker   is on a class trip and more interested in pronouncing his affection for a girl played by Zendaya than acting as his web slinging alter-ego. But the high school aura gets interrupted when Nick Fury (Samuel L. Jackson) and Maria Hill (Cobie Smulders) press him into a fight against some intergalactic villains called The Elementals. Cities gets trashed in spectacular computer-generated effects and the Marvel Universe lives on.

This is its 23rd film, the 8th with Spider-man and with Tom Holland the 4th actor playing him. Light-hearted tone and plentiful humor make this a refreshing one.

Spidey, you might know, died in the “snap” and revived in the “blip” in the last two Avengers movies. So did half the universe. This film follows immediately after. Tony Stark is gone. His aide Happy Hogan, played by Jon Favreau, thinks Peter may inherit his status, but Spider-Man’s nemesis from the comics, Mysterio, played by Jake Gyllenhaal, pops in from another dimension to help fight the Elementals. 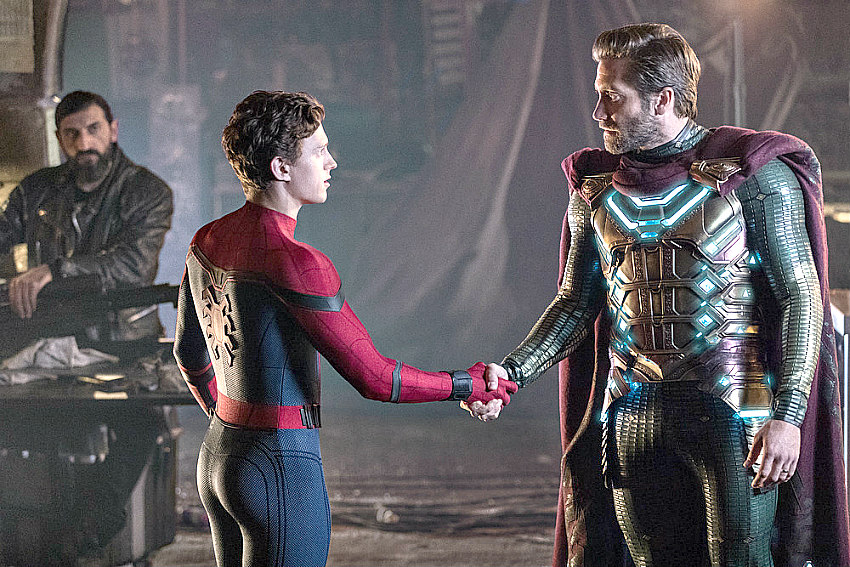 Is he a good guy or a bad guy? No spoilers here except this: the story, though true to all that’s gone before, feels more than a bit vague. Probably not to the fans who are into all the minutia, but to me for sure. Still, as a breezy bit of comic book entertainment for a summer evening, it worked fine for me. Stay for some important extras in and after the end credits. (5th Avenue, Scotiabank, Marine Gateway and many suburban theatres) 3 out of 5

MIDSOMMAR: This is being hailed by many as a new classic of the horror genre. Partly because it recalls a real classic,The Wicker Man. (The 1973 English film; not the filmed-in BC re-make). And largely because the director, Ari Aster, made last year’s much-praised Hereditary, an unsettling ghost story and meditation on grief. There are too many problems with his new one to rank it as high as either of those. It’s long (almost 2 ½ hours), slow to evolve, riddled with nonsensical events and motivations and marred by an over-the-top climax that jars with what came before. On the plus side it is engrossing as it slowly builds dread while revealing its story. 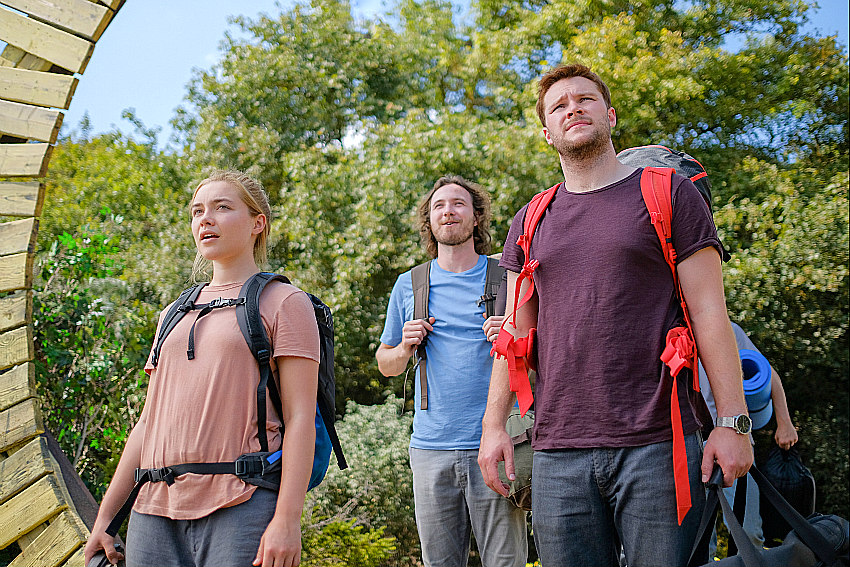 A rising star, Florence Pugh, is in the lead as a young American college student, who joins four guys on a trip to a commune in northern Sweden. One grew up there; two are doing research for a thesis and one is after free and easy sex. She has two goals: rekindle a romance with her boyfriend (Jack Reynor) and overcome her grief after her family was murdered. Neither of those is hardly mentioned though after they arrive and gradually learn and get involved in the details of life on the commune. 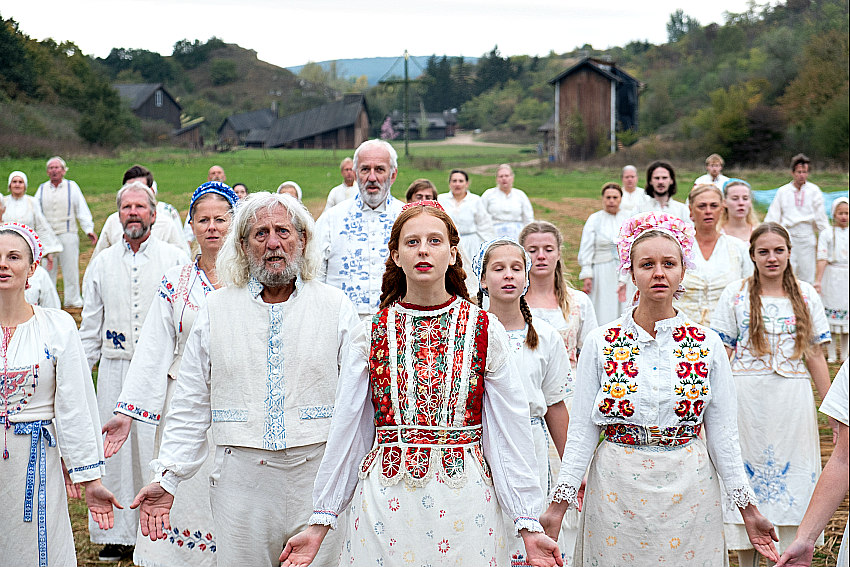 Outwardly they’re benign but have a sinister underside.  The atmosphere is dreamlike; there’s a celebration that happens only once every 90 years and Pugh’s character is crowned (and covered with flowers) as May queen. The film, which does a very good job of illustrating intentional communities, and the group-think they engender, then slides to an extreme ending that I don’t think works. It’s too weird to be really shocking. (5th Avenue, Scotiabank, Marine Gateway and suburban theatres) 3 ½ out of 5