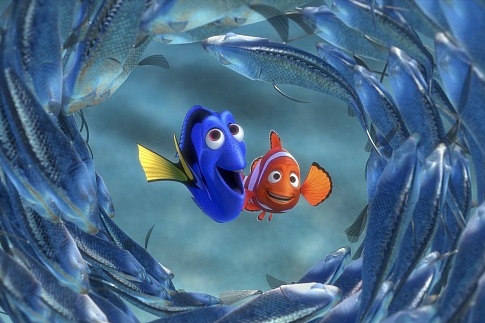 Finding Nemo is a perfect family film, for kids and adults

The new movies this week break into two categories: the art of animation and the lure of bloody action.

FINDING NEMO 3D: Surely most everybody has seen this now classic animated film, in one technological medium or another. It came out nine years ago, won an Oscar, was a huge box office hit and was named by the American film institute as one of the 10 greatest animated films ever made. It’s wonderful to have it back, a) so we can watch it again on the big screen and see the fine detail with which it was made, b) to enjoy the story so full of wit, humor and genuine love between a father and his son, and c) to appreciate one of those rare times when a conversion to 3D actually adds something. There’s new depth in all those schools of fish, grinning sharks or dynamic scenes as when our heroes are swallowed by a whale and fall down his gullet or ride the ocean currents with a flock of turtle dudes. 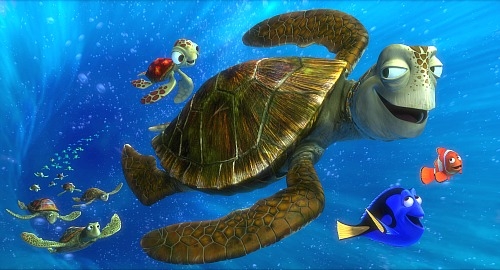 Our heroes are Nemo’s father, the clownfish who can’t tell a joke (voiced by Albert Brooks) and the blue tang fish with a short-term memory problem but, oddly enough, the ability to read (Ellen DeGeneres). They team up to search for Nemo who has been captured and plopped into an aquarium in a dentist’s office in Sydney Australia. It’s a wonderful mixture of touching sentiment and full-on adventure spiked with tingly scares and goofy humor for the adults. Watch the sharks at their 12-step meeting swear off eating fish.

But there’s more: a new Toy Story cartoon opens the show; a fast, frantic bit of fun about bathtub toys having a blow-out party and Rex the dinosaur, who sees a disaster in the making, unable to act for fear of being called a party pooper. (5th Avenue, Dunbar, Scotiabank and many suburban theatres)  4 ½ out of 5

SPARK ANIMATION FESTIVAL:  If you want to go deeper into the art of animated movies this annual festival and conference is on through Sunday at the VanCity Theatre. People who produced or worked on Ice Age: Continental Drift, ParaNorman and the upcoming Hotel Transylvania will be among the presenters Friday daytime. The Oscar nominated A Cat in Paris screens in the evening.

Saturday includes presentations from Disney, the head of character animation at Dreamworks and a director who helped re-create the spectacular Monparnasse train derailment for Hugo. Sunday evening  includes a screening of A Letter to Momo, a Japanese film in the Totoro or Ponyo genre (although from a different studio) about a young girl living with grief, an incomplete message from her late father and three goblins who watch over her. It played at the Toronto film festival last year and may not be in theatres until next year. 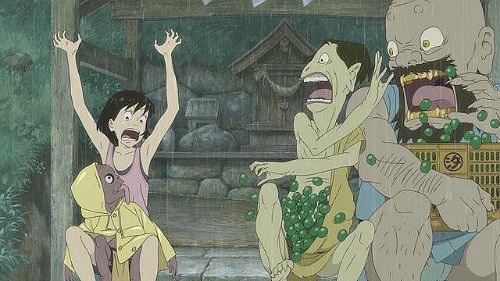 For more info on the talks visit www.sparkcg.ca . For the films visit www.vifc.org  the VanCity Theatre site.

RESIDENT EVIL: RETRIBUTION: What do you suppose the odds are that this time Milla Jovovich as Alice can actually defeat the evil Umbrella Corporation? She’s been trying to in five films now and her biggest obstacle just might be the number $296 million dollars. That’s how much money the last one made and who is going to give that up? So, Milla is in it for the long run in these Germany-Canada co-productions filmed in Toronto. 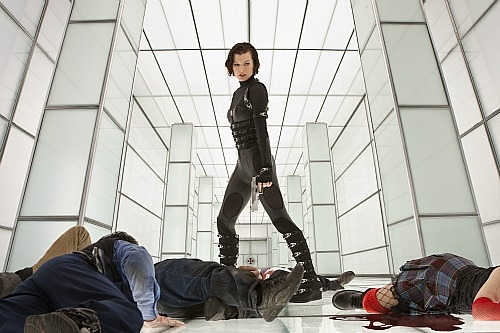 Her husband, Paul W.S. Anderson is back writing and directing which he does with considerable visual flair and competent use of 3D. If only the story made more sense. Many films ago, Umbrella let its dangerous T-virus get loose from its biotech lab. That infected many of the world’s people and turned them into zombies. Milla, however, was strengthened by it and, after a handy recap of all that went before and even a stint in suburbia as a housewife and mom, is chased back into the fight. Just like in a video game, which of course is where this tale originated, she has to battle her way through several levels, in this case Moscow, New York and other simulated environments the company built.

Zombies, company soldiers, even a giant monster pop up in her way. Friends suddenly act like enemies. Actually they’re clones, thereby adding actual confusion to what we get. No matter. Before you can think too much about it, the action always resumes shooting, kicking, throwing knives and splattering blood with abandon. Nonsensical fun if you like that sort of thing. (Scotiabank, Dolphin and suburban theatres everywhere) 2 out of 5

Also now playing (but not previewed);

BANGKOK REVENGE: Fans of martial arts movies who don’t need story or acting subtlety might check this out. Who knows, it might be another The Raid: Redemption, that wall-to-wall action film that came around in the spring. It’s certainly international. French director (Jean-Marc Mineo) made it in Thailand with John Foo, of Irish-Chinese extraction but raised in London, as his star. A boy sees his parents killed and suffers a gunshot to his head that leaves him unable to feel emotions. That’s handy, when he’s grown up and on a rampage to get revenge. Foo is known for a film called Tekken in which a man is out to avenge the death of his mother. See the difference? (International Village, Riverport)