First, and repeatedly, there's a mother and daughter duo travelling by foot, occasionally on skis or on a raft, through the coast mountains from Squamish to Skagway, Alaska. That's like walking from here to Mexico. It takes them five months, and the camera is there for all the aches, cold, exertion and joy. Every once in a while the film veers to other mountain fans, a skiing nun, an artist who's been off the grid for 50 years, a climber in the Kootenays who says colors are more vibrant and his hearing is more acute in the mountains. There's a chilling and detailed description of three people caught in an avalanche, one buried several meters deep. You get a quick avalanche education and overall a new appreciation, respect even, for our province’s most prominent geographical feature. (VanCity Theatre) 3 ½ out of 5

MARIA BY CALLAS: It’s back after its VIFF appearance and opera fans will be delighted. They should see it for sure and for the rest of us this is a fine introduction to the diva who has been called the greatest opera singer ever. More for the intensity of the drama she conveyed, than her actual voice, but no matter. We get generous helpings of her singing in several long excerpts from her performances. And we get her story, both glorious and tragic, in old interviews, home movies and in excerpts from her diaries read by an actor making it sound like she’s narrating her own story. 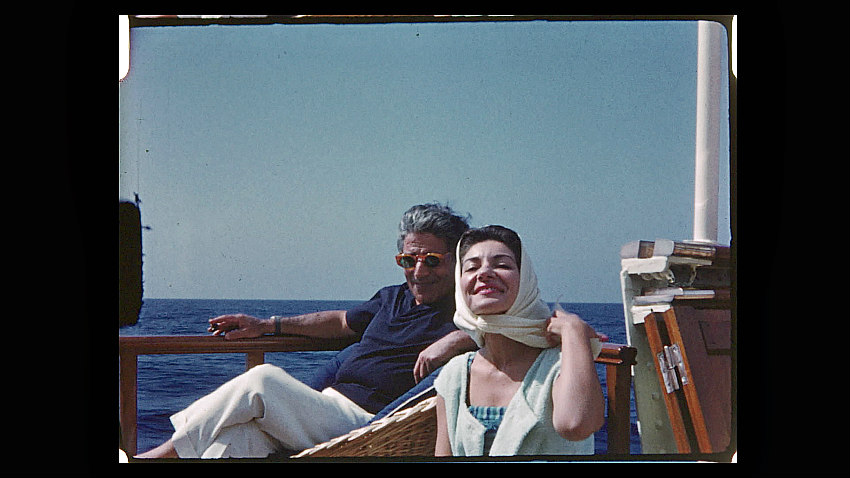 Notably we get the Aristotle Onassis chapter. She had an affair with him and expected he would marry her only to find one day that Jackie Kennedy got him. She was fired from the Metropolitan Opera (not well explained), had a reputation for tempestuous outbursts (not overly dwelled on here) and in a way led a sad life. As she says to David Frost in a TV interview, a woman should be with a man and have children but destiny meant that for her it was not to be. This very intimate, and mostly self-, portrait is proud and poignant in equal measure. (VanCity Theatre) 3 ½ out of 5

BEL CANTO: I didn’t recommend it when it played at the Film Festival and still can’t. It’s made by and performed by good people but is just too convoluted for me. And improbable, even though it’s from a popular novel which was inspired by an actual event. A swanky government affair in an unnamed Latin American country is crashed by revolutionaries. (Something like it did happen in Peru). A Japanese industrialist (Ken Watanabe) has promised to invest in a new factory if his favorite opera singer can be there to help celebrate. Enter Julianne Moore, lip synching to Renee Fleming’s voice (sometimes not too badly). 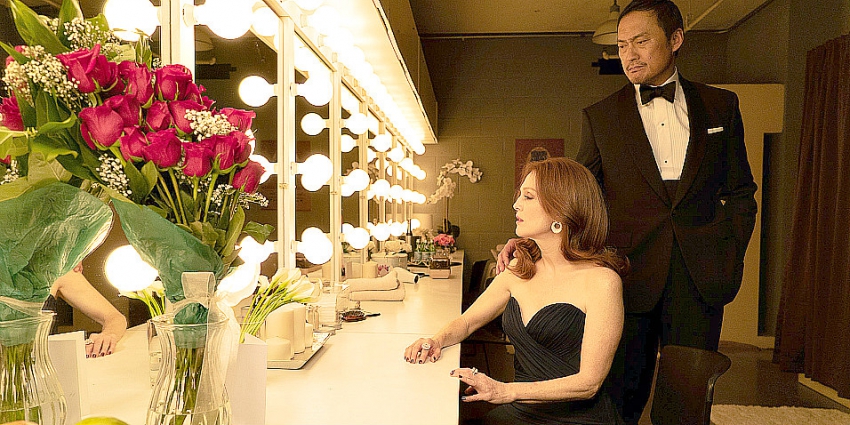 Comedy-specialist Paul Weitz directed it; seems to have followed the keep-it-moving school of filmmaking and logic suffers. He doesn’t build up to some key events, lets them just pop up and make us try to believe them. So the singer and the industrialist fall in love. So does his translator and the young woman among the rebels. German actor Sebastian Koch arrives as a Red Cross worker trying to de-fuse the situation before the army can burst in. He’s got a good idea; it disappears without so much as a discussion. There’s not much tension either but to the film’s credit it develops some sympathy for the rebels. Not that it matters a lot, because they’re inept and disorganized. Not the film, though. It’s only clumsy. (VanCity Theatre) 2 ½ out of 5

THE NUTCRACKER AND THE FOUR REALMS: Disney’s take on the holiday standard is big, colorful, star-studded (Mackenzie Foy, Keira Knightley, Morgan Freeman, Helen Mirren, and, briefly, prima ballerina Misty Copeland). Foy plays Clara who on Christmas Eve is given a music box that belonged to her recently deceased mother but has to venture out into those realms to find a key to open it. I haven’t seen it but the reviewer at Screen Daily, while praising it for invoking the warmth of Christmas, knocks it for “blockbuster blandness.” (Dunbar, International Village, Marine Gateway and suburban theatres)

NOBODY’S FOOL: Tyler Perry’s movies hardly get a release out here, let alone promotion and preview screenings. This one might have merited some because of the cast (Tiffany Haddish, Missi Pyle, Whoopi Goldberg and others) and the fact that it’s not about the continuing character Madea. Tiffany plays a woman trying to expose the man who “catfished” her sister. That means he struck up an on-line relationship under false circumstances. Whoopi plays their mother. (International Village and one suburban theatre)