The other parts of the movie are hit and miss. We learn that Freddie was of Parsee heritage and felt like an outsider. He happened to introduce himself to a small-time rock band just as their lead singer had quit (doubtful, but okay), developed a great operatic vision of what pop music could be and led the band, that he renamed Queen, to a huge career. It still holds the record in England for top-selling album. We see the creative process at work as they came up with anthemic songs like We Will Rock You and a bit of the business side. “No-one is going to be head-banging in the car to Bohemian Rhapsody,” proclaims a record company guy played my Mike Myers. Recall that he and Garth did exactly that in Wayne’s World.

The band had misses too (not in the film); Freddie went solo for a while (almost a minor event here) and he was a busy bisexual (downplayed here). Rami Malek captures his spirit perfectly, and later in the film, his looks too. (He looks a bit like Mick Jagger early on.) Most amazingly, you feel like he’s actually singing. In reality it’s a bit of him, a lot of Mercury from studio and live recordings and a sound-alike, a Canadian named Marc Martel. Technically, that’s a marvel. The film could use more of that care on the drama side. (5th Avenue, Scotiabank, Marine Gateway, suburban theatres) 3 out of 5

SUSPIRIA: Luca Guadagnino has succumbed to over-thinking it. His last one, Call Me By Your Name, was straightforward, bright and cheerful and was celebrated at the Academy Awards. Now he’s taken one the horror movie crowd loves for its garish colors and lurid plot and remade it with artistic intentions. He’s dulled the look and crowded in extra themes: the power of women, motherhood, the continuing influence of the past on our lives and political unrest in the news. All that while the central story is still the same simple tale about a dance academy that is really a front for a coven of witches. The original teased out that revelation; this new one lets it out very early and offers up a long tale in “six acts and an epilogue” that takes some diligence to follow. 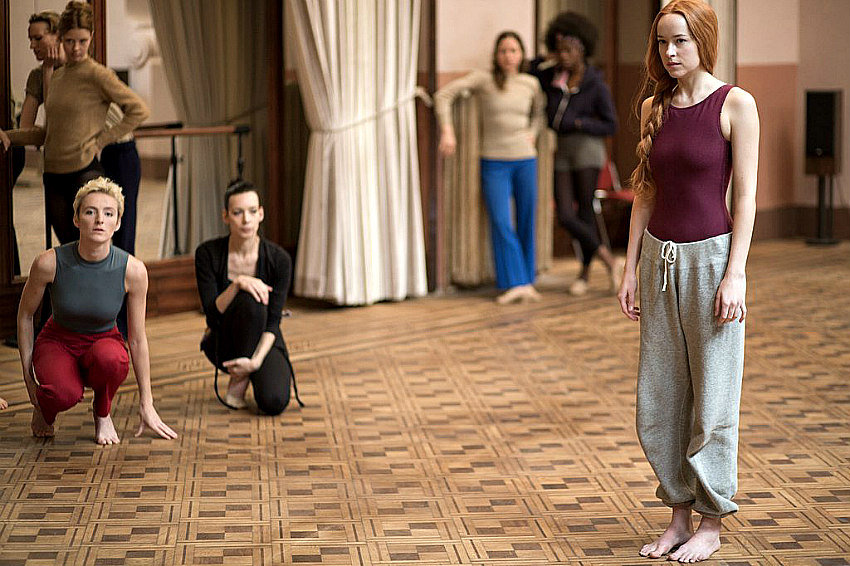 Dakota Johnson plays a young American who gets accepted into a prestigious dance academy in Berlin run by a demanding and stern teacher played by Tilda Swinton. (She’s also in two other roles but I won’t elaborate). She insists on total dedication from the dancer. A previous newbie couldn’t take it, escaped and recounted her experiences (“delusions”, some say) to a psychotherapist. He tells the police and when they turn up nothing sinister, keeps investigating himself. That also brings in his personal history (he lost his wife after the war) which joins the dancer’s flashbacks to a strict upbringing in a Mennonite community and ongoing news broadcasts about terrorism by the Bader-Meinhof gang (it’s 1977) and no wonder the film is now almost 2 ½ hours long. Luckily it never feels slow; just rambling. It’s rarely scary; is occasionally gross, flounces nudity and rises to a bloody and violent climax. It’s well-made but takes itself far too seriously and is not likely to delight the art house or the horror movie crowd. (International Village) 2 ½  out of 5

THIS MOUNTAIN  LIFE:  There are strong visuals in this ode to living among mountains and even stronger bursts of philosophy. Mountains lift you spiritually the people in the film say. They soothe your soul, says one. "I feel like I'm in touch with the whole cosmos," says another. Grant Baldwin, the Vancouver-based director, cinematographer and composer, is urging us to experience them. Very few of us do, he says in an on screen note, even though BC is 75% mountains. He makes his points through several enthusiasts. 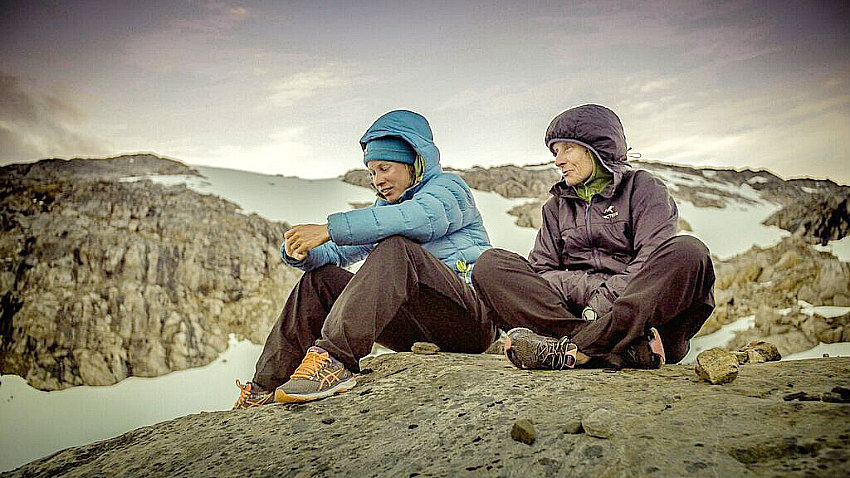 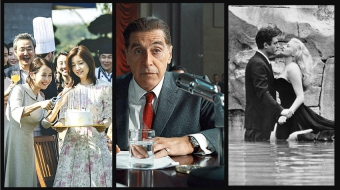