WRECK-IT-RALPH: Wonderful animated films just keep coming. This one stands out for rambunctiousness, clever jumbling together of bits of arcade-game lore and a fast and funny quest. Ralph (voiced by John C. Reilly) is the villain in a game where he repeatedly wrecks a building so that Felix can fix it. He wants to better himself and wanders off into other machines. 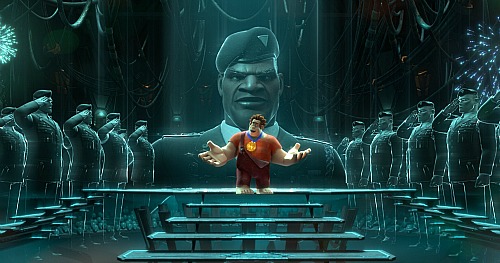 First a modern war game, where he meets a woman with a big gun (Jane Lynch) and then into one called Sugar Rush, where a scrappy young girl (Sarah Silverman) brings him into conflict with King Candy. Meanwhile a video-game Armageddon looms. This film is clever, mischievous and funny but full of heart.

STORIES WE TELL: Like in a good mystery thriller, Sarah Polley uncovers the secrets of her own life. Her father, people told her, is not her real father. 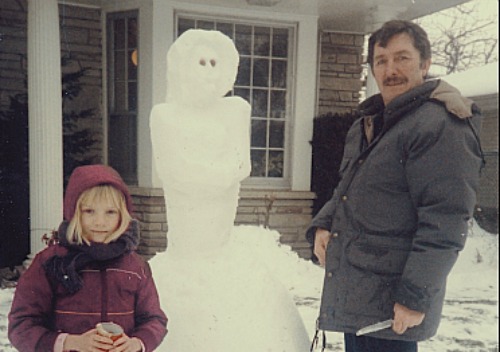 To find out, she talks to 17 different people (siblings, half-siblings, friends and others) and records the memories of her “father” in a studio. She lost her mother when she was only 11 but a few home movies (and some recreated ones starring Rebecca Jenkins) attest to her bon vivant personality. That potential other “father” also shows up, for real and at a younger age, as played by an actor. It’s a captivating film, immensely moving and cheerful.

REBELLE: (Also known in English as: WAR WITCH): Our submission to the Academy awards. The last I saw, it was still on the semi-final long list and in contention. It’s a harrowing story of African children forced to be soldiers. 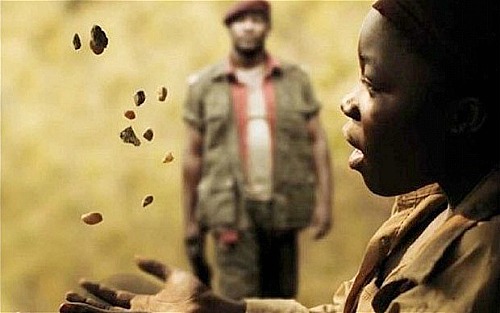 A 14-year-old (played by Rachel Mwanza of Kinshasa) is kidnapped, pushed to shoot her own parents as an initiation into a rebel band and taken on raids through the jungle. The leader, who calls himself Great Tiger, detects she has psychic powers and can predict where the enemy will ambush them. He gives her “special protection.” The film feels like a documentary; it’s that realistic. It has authentic and humorous scenes of village life and real humanity amidst the slaughter and the beatings and intimidation.

YOU'VE BEEN TRUMPED: I had to put this documentary on the list when I read recently that Donald Trump had banned Glenfiddich whiskey from all his businesses. It seems the company that distills it had given an award to a man who fought against a golf course he built in an environmentally sensitive area of Scotland. The film shows that battle in detail and Trump doesn’t look good. 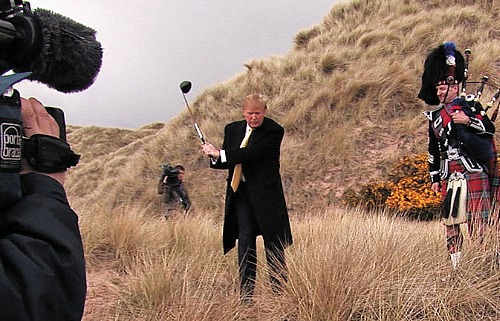 He promotes shamelessly. Giant earth movers level sand dunes. Opponents living nearby have their water cut off. The Donald insults and bullies them. The filmmaker is tossed in jail for a while but also gets into a bristling verbal tangle with the great developer at a press conference. A compelling film that gets the angry blood boiling.

SEARCHING FOR SUGAR MAN: A lost musician is re-discovered. It’s happened many times. Rarely with as much emotion as this.

Sixto Rodriguez made a couple of albums back in the 1970s, in Detroit. The reviews were good; the sales were not. He disappeared to work as a home renovator, unaware that over in South Africa he was a legend. Everybody knew his music and had heard rumors that he had died, maybe even killed himself on stage. His songs about poverty and injustice inspired young Afrikaaners to fight apartheid. A young journalist reading the skimpy liner notes on the album covers is moved to find out his real story which is uncovered through detailed detective work and proves to be both poignant and satisfying.

OTHERS: These films just missed making the list. Les Misérables, Anna Karenina, Life of Pi, Looper, Moonrise Kingdom, The Hunger Games, Once Upon a Time in Anatolia and these documentaries: Queen of Versailles, People of a Feather, The Imposter, Samsara and The Island President.

AND while we’re at it: how about a nod to the worst film of the year?  No contest here. The clear front runner is ….

SERVITUDE: This travesty was developed at the Canada Film Centre in Toronto, was abetted with money by Telefilm Canada and dropped here with a thud. It has bad jokes, a lot dealing with excrement and puke, and ethnic mockery so extreme it’s practically racist. The film is set in a restaurant with eccentric staffers, nasty customers and little talent for humor. Most of the actors are from TV although Dave Foley, Margot Kidder, Jayne Eastwood and Wayne Robson, in his last role, are also trapped here.