Logan Lucky, Step and Dave Made a Maze: late summer fun at the movies and a dash of uplift 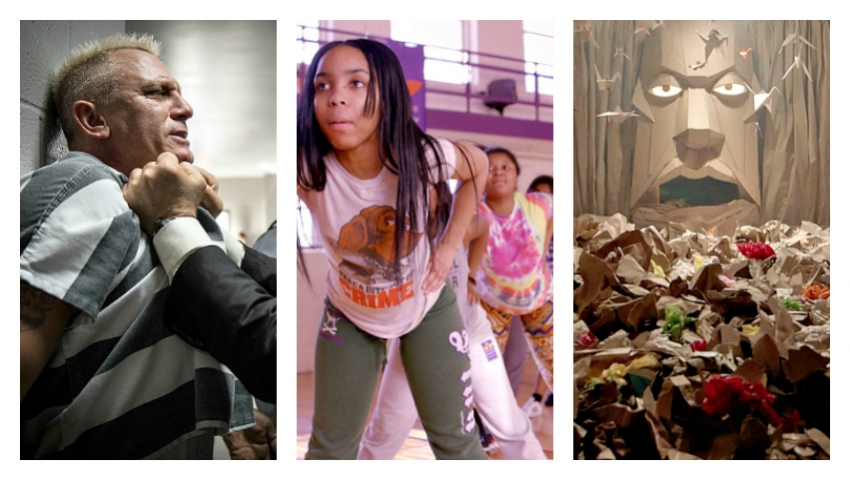 Also The Hitman’s Bodyguard, which tries to be fun, Ingrid Goes West, a timely caution, and Nocturama’s musings on revolution or is it terrorism?

VIFF is just a month and a half away and the opening film has already been announced. Usually that’s done at a press conference in September. Local director Mina Shum gets the honor this year with a distinctly local story. Meditation Park, set in Chinatown and east Vancouver, is about tradition, family and community. Cheng Pei Pei and Tzi Ma play the leads. They’re best known here for Crouching Tiger and Arrival, respectively. Don McKellar and Sandra Oh co-star.

Shum is still best known for her previous look at tradition in Vancouver’s Chinese community in her 1994 film Double Happiness. Her last film was a 2015 documentary, Ninth Floor.

This week in the regular theatres two action comedies, Logan Lucky and The Hitman’s Bodyguard go head to head. Quality-wise, one is a clear winner.

LOGAN LUCKY : Stephen Soderbergh is back. He retired from movies four years ago, kept busy in television and has now directed one of the most entertaining displays of fun I’ve seen. It’s like his Ocean’s 11 movies but peopled not with slick Las Vegas types but with gold ol’ boys of West Virginia and North Carolina. No mocking or condescension though. Soderbergh is from down there himself. His characters may sound a bit slow and drawly but they’re smart. Their dreams are curtailed, that’s all, and they’re ready to do something about that. 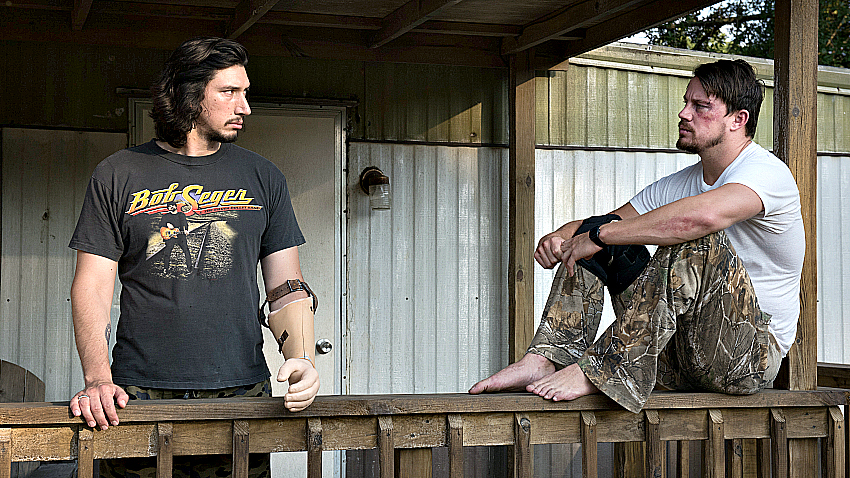 Channing Tatum, as the older Logan, fired from his job because of a “pre-existing condition,” plots with his younger brother (Adam Driver) to rob a NASCAR speedway while a major race is going on. They need an explosives expert and Joe Bang, played by Daniel Craig, is he, except that he’s in prison. No problem. Get Driver in there and then sneak both out and the job can go ahead. The bright script enables that tricky procedure to play out beautifully. Nothing strained or contrived. Others, including a sister (Riley Keough) join the team, a self-important Brit (Seth MacFarlane) threatens to get in the way and an FBI agent (Hilary Swank) shows up later to investigate. We see the robbery in tense detail, under Soderbergh’s vibrant direction. The actors, even Craig, keep their accents steady and they all keep their characters believable. The film entertains mightily and is a nice break from the other news out of the south these days. (Dunbar, Scotiabank, Marine Gateway and many suburban theatres) 4 out of 5

STEP: More break from the grim news. An antidote actually. This documentary starts with TV news reports of the Baltimore riots that followed the Freddie Gray killing. (That’s Peter Mansbridge we hear in one). Then we’re treated to an uplifting look elsewhere in the city. We’re taken  to a dance class of highschool  girls and through them we get a surprisingly full picture of the lives of black people in urban America. Cori has six siblings. She wants to go to Johns Hopkins University but doesn’t have $50,000. Her step dad isn’t working. The family’s power is shut off. Other girls have similar issues but in this class they’re told to forget them for a while and just dance. They’re creating a routine to enter into a city and then statewide competition. 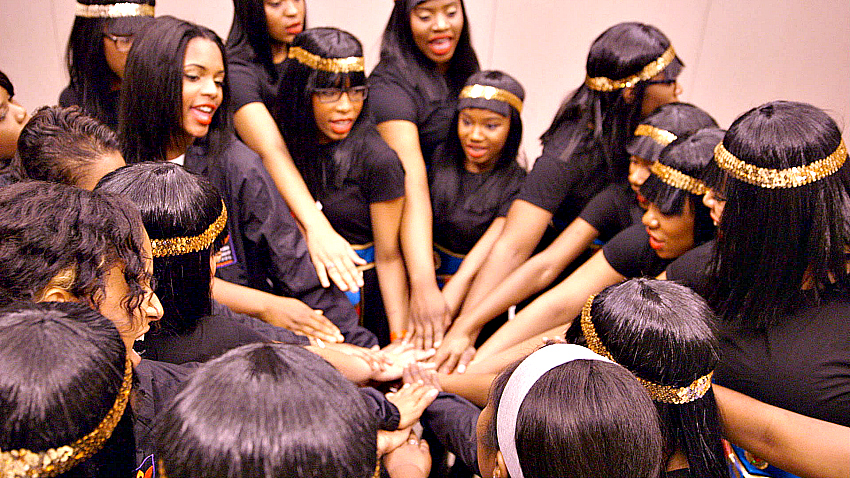 Blocking out the problems in their own lives is near impossible though. While they call their step dance troupe the Lethal Ladies of Baltimore and work in defiant raps about poverty, violence and the police, the film visits home with three of the girls. They’re all seniors feeling pressure, juggling school work, college dreams, personal demands and grueling practice sessions. Dessin’s grades are falling but mom never shows up to teacher meetings. Tayla, who says she can dance almost as well as Beyonce, is distracted by a boyfriend.  This first-time documentary by Amanda Lipitz is intimate, revealing and ultimately inspiring. It won an award for that at Sundance. (International Village) 4 ½ out of 5

DAVE MADE A MAZE: You ready for the most fun movie of the week, maybe the year? Definitely of the summer? Check out this quirky, offbeat effort by Bill Watterson, a busy actor in both movies and TV making his first stab at directing. He also co-wrote the script and packed the film with imagination, absurd humor and pop cultural allusions. Like the 2001 chamber. 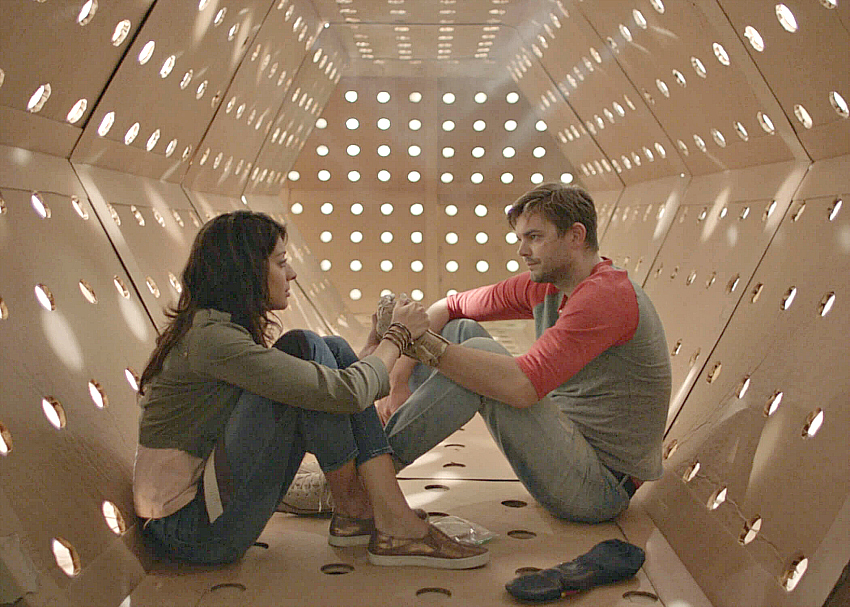