Logan, better than a comic book movie, Before I Fall, teen self-help and The Shack, contentious religion 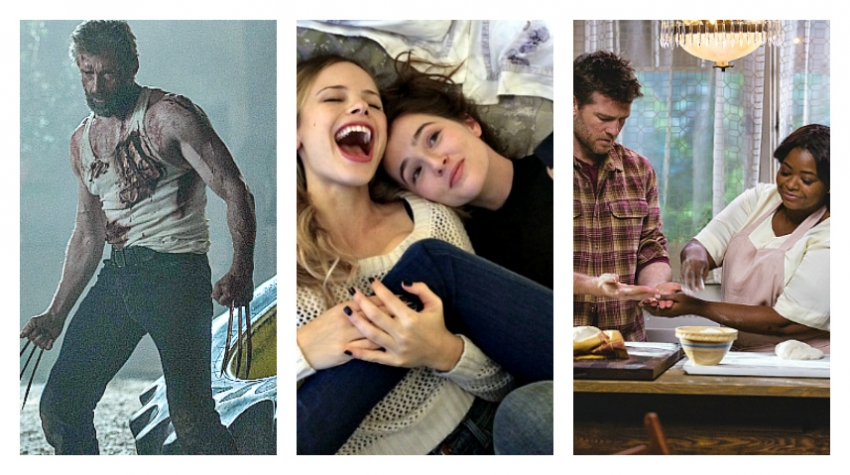 Also Ballerina for dreamy young girls, Table 19 for wedding outsiders and Bitter Harvest, about Stalin’s wrath in the Ukraine

Here’s an early heads up on the annual Women in Film Festival. It starts Wednesday (on International Women’s Day) at the VanCity Theatre and presents five days of films by and about women, exploring gender and politics, social issues and trends.

There’s often one about a woman trying to break into a job that only men have done. In Where To, Miss? a woman in India wants to drive taxi.

Unveiled: The Kohistan Video Scandal, by Vancouver director Brishkay Ahmed, deals with suspected honor killing in Pakistan. Rachel Talalay’s On the Farm is about the Robert Pickton case and Lutine, from France, is about polyamory. Look it up.

http://www.womeninfilm.ca/  has information on all the films and on related events like the pitch sessions next Friday. Got an idea for a film? Ten producers will be there to hear it and give you feedback. Maybe discover you.

For this week, here’s what’s new in town.

LOGAN: A comic book movie with a difference. Reality, not superheroes in spandex. Real villains, not meglomanics out to destroy the world. And most notably: actual drama, in this case with musings on getting old and fearing death which we all know is out there somewhere. His Alberta origins aren’t mentioned but Logan is still Wolverine the mutant and those sharp metal claws still poke out of his fingers when he gets angry (which he does easily). But he’s tired now, world weary and nihilistic. Fits perfectly since Hugh Jackman says this is his last time playing the character which he’s done for 17 years now. 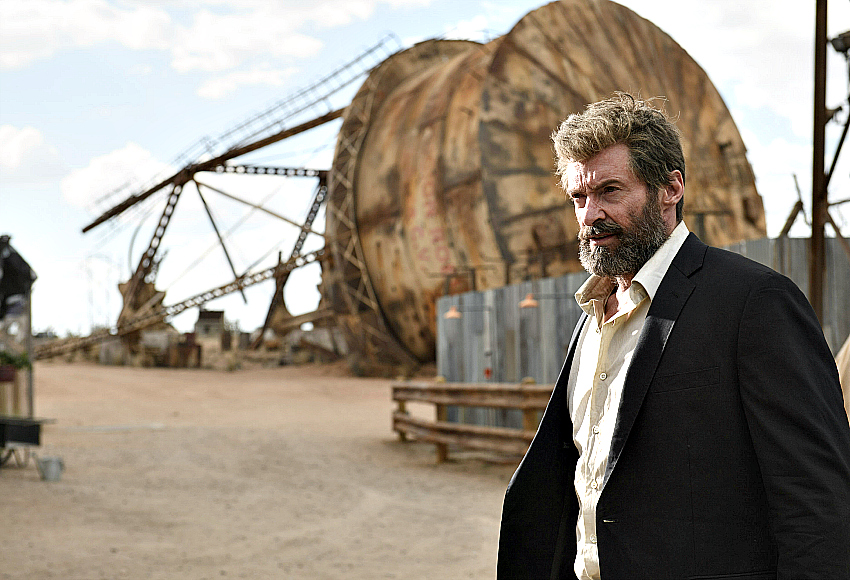 He spends his days as a limo driver somewhere at the U.S-Mexico border and often crosses over to care for his old teacher, Professor X (Patrick Stewart) who is even more tired than he is. There seems no purpose for them anymore, except maybe the occasional fight with disrespectful thugs. No mutants are being born these days. But then who is this young girl (Dafne Keen) whose mother implores Logan to get to North Dakota for sanctuary? The answer is part science fiction and part high adventure. A pack of SUV-driving agents and a British doctor (Richard E. Grant) are after her. The chase reminds me of the thrills in my favorite action movie, Terminator 2, only this time it’s gritty not glossy, with a heavy streak of melancholy amid the excitement. Caution: the film as staged by Director James Mangold includes some graphic bloody violence. Still, the X-Men movies, which except for Deadpool I haven’t liked all that much, have produced a dark and potent offspring. (5th Avenue, Scotiabank, Marine Gateway and many suburban theatres) 4 out of 5

BEFORE I FALL: Like Groundhog Day for the high school set. And surprisingly involving for anybody. That’s thanks to the lively direction by Ry Russo-Young and the natural acting by Zoey Deutch. And as a bonus, there’s lots of local atmosphere. This was filmed around here and up the coastal woods as far as Squamish. That helps make the fantastical story feel close. 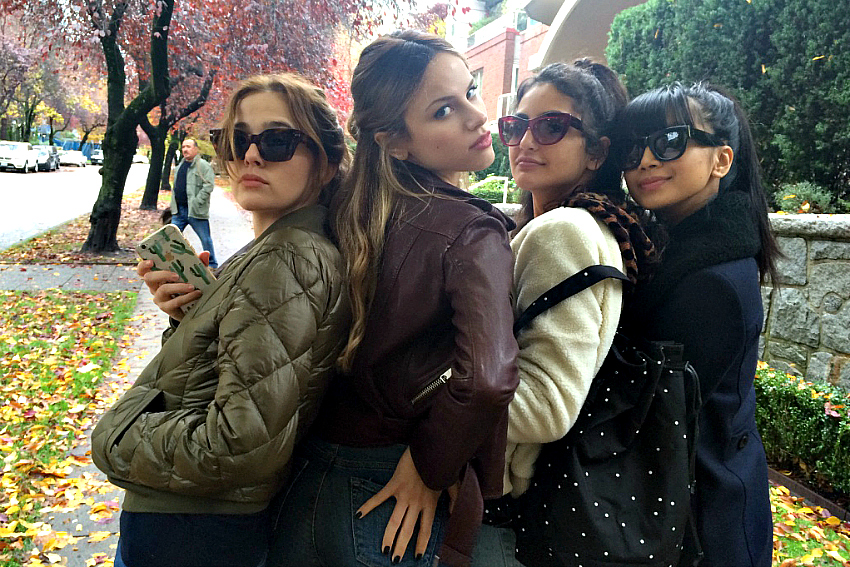 Deutch plays a teen who is taught in class about the punishment Sisyphus suffered for his deceitfulness but takes forever to correct it in her own life. Five complete re-sets  in fact. She’s part of a clique of girls who hang out like privileged stars and toss around words like “bitch” and “psycho.” Like them she’ll dis the weirdly intellectual girl with frizzy hair and no friends. She does it again at a party, crashes the car afterwards and wakes up next morning as if nothing has happened. Does she learn? Not for the longest time. The same day repeats five times. Two boyfriends with contrasting personalities have to get their time. One of the mean girls has to be exposed and the arty victim has to be diverted from her fate. It’s normal young adult stuff from a novel by Lauren Oliver but then sends a zinger with an ambiguous (and debatable) ending. That and the bubbly mood that came before make this movie fun to watch. Local girl, Erica Tremblay (sister of Jacob) plays a sister and Jennifer Beals (remember her?) plays a mother. (International Village, Marine Gateway and suburban theatres) 3 out of 5

THE SHACK: The best-seller book got both the Christian faithful and the atheists debating, often with anger. The film might also although if you accept it on its word, it’s an uplifting and warm-hearted call for forgiveness. It might be a challenge to accept that though. I mean, forgiving a child molester and murderer? It seems to advocate it and does try to explain that forgiving is meant to heal you. Ok, but then the scenes of walking on water with Jesus are a real test of anyone’s faith. Some explanation is called for. 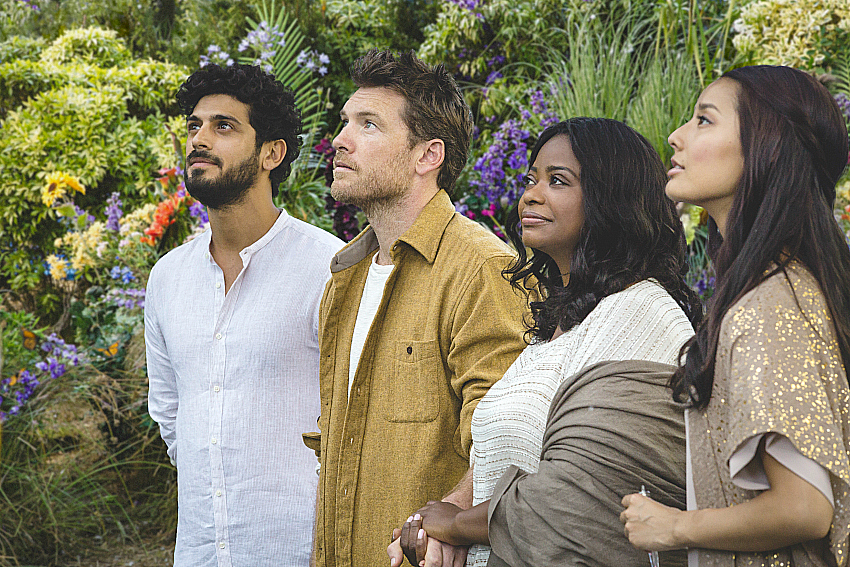