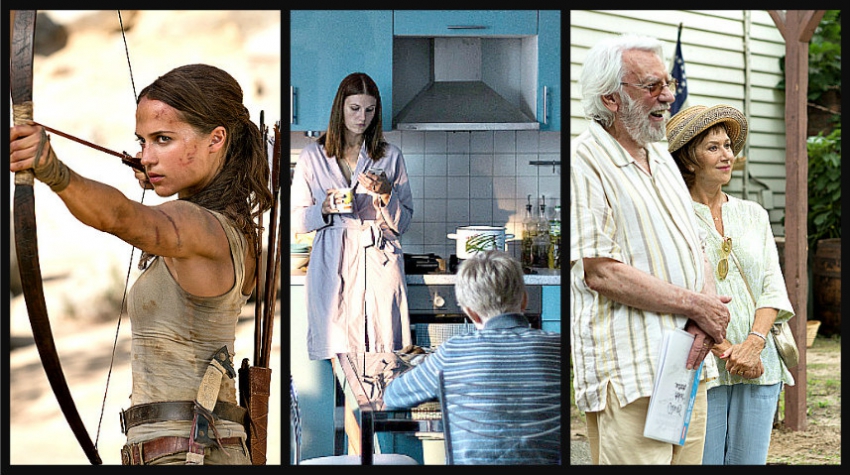 Also a groundbreaking film for gay teens, a poignant East-West crossover, power in modern Europe and a legendary Israeli response to highjacking

It’s another of those weeks with so much to talk about. So let’s get right to it and don’t disregard the smaller films further down. Some of them pack a punch. Here’s the list:

TOMB RAIDER: If you’re not too demanding about things like motivation, character development and precise logic, this film will entertain you. It’s a grand adventure in the mold of (perhaps too much at times) of the Indiana Jones films and a definite step up from the two times Angelina Jolie played the character Lara Croft 15 and 17 years ago. Oscar winner Alicia Vikander steps into the role with a more innocent and inexperienced personna. She’s fresh to this because it’s an origin story based on a 2013 reboot of the long running and big-selling video game series.  Lara starts as a bike courier in London, doing some kickboxing on the side, and heads to a wild island off Japan in search of her father.

The fun is in the series of perils she endures. A fall into a canyon river, a straining climb back up and then a tense walk on a rusty plane wreck that’s cracking apart is just one, and probably the best, of these sequences. Later, they’ll become more generic video-game tests, puzzles, falling pillars to avoid, floors that collapse, those sorts of things. Some of those will also go wild with excess. The earlier trials are more believable. The central story is a problem though. Lara’s dad (Dominic West ) left instructions to destroy his notes if he went missing. They show the way to a tomb where a Japanese sorceress was interred. A villain (Walton Goggins) wants to find it so he can gain control of the supernatural. Absurd? Sure, but the action is thrilling as wrangled by Norwegian director Roar Uthaug. He made an extremely suspenseful disaster film, The Wave, two years ago. His talent for spectacle and fist-clenching tension survives. (Scotiabank, Marine Gateway and many suburban theatres) 2 ½  out of 5

LOVE, SIMON: I’ll praise this one too, as many others have, for its groundbreaking status. This is the first teen film about a gay character put out by a major studio. Most of the others, including Moonlight and Call Me By Your Name, the Oscar winner and contender respectively, came from small independent companies. That advance is real progress and shouldn’t be underestimated. Gay characters are generally on the side and secondary; often in comic roles. The fact that this film, a high school comedy, is also funny, well-observed and truthful about a gay teen’s problems is a pleasant bonus. But it’s still not enough. It plays it too safe. 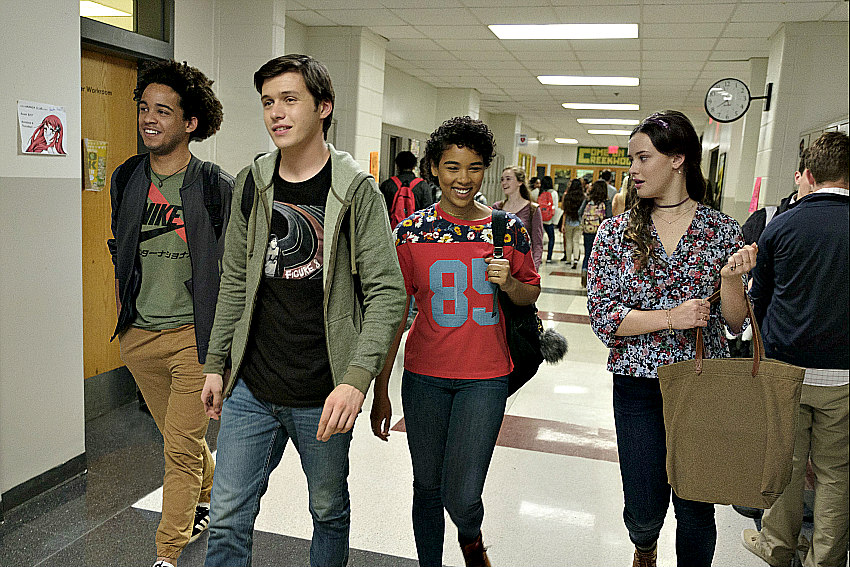 Nick Robinson plays cute but bland Simon, a suburban kid with Jennifer Garner and Josh Duhamel as parents, a batch of attractive young actors as friends and a secret. “I’m just like you he,” tells us (twice) but with this add: that he’s gay. He hasn’t told anyone, wants to but doesn’t know how. I suspect in real life there’d be much more anxiety around that dilemma but he takes it pretty easily. He talks it over with another gay teen via e-mail and finds himself falling in love with him. But who is he? Both are using pseudonyms. Before Simon can find him, the annoying kid in school discovers his secret, blackmails him to get help landing a date with a popular girl and finally blows the secret wide open. Do the other kids shun him? Not in this high school. They cheer. Wishful thinking, addenda driven I’d say and less than authentic. It’s well written though and directed with an amiable veneer by Greg Berlanti whose work with teen stories includes TV’s Dawsons Creek and the locally filmed Riverdale.  (International Village, Marine Gateway and suburban theatres) 3 out of 5