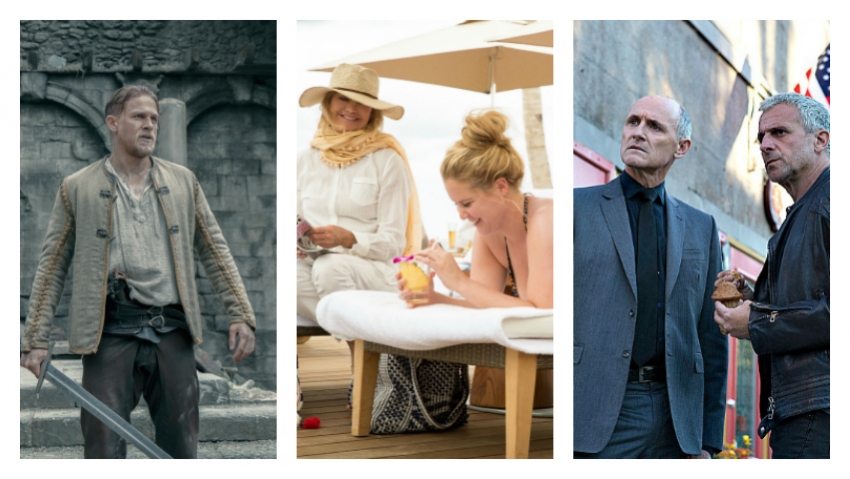 Also The Wall, a small but potent war movie, Boston, a salute to the Marathon and The Belko Experiment’s gruesome doings

A few things to ponder this week. Can King Arthur charm like Harry Potter? Can Goldie Hawn and Amy Schumer draw an audience as a duo? Can Bon Cop and Bad Cop repeat their success of years ago?

These questions and more are implied in today’s list:

KING ARTHUR LEGEND OF THE SWORD: Guy Ritchie does for King Arthur what he did for Sherlock Holmes. Only much more so. He modernizes, speeds up, re-imagines for our time and lets fly with anything he can think of. I didn’t like it but I was never bored. I sat there wondering what more can he throw into it. Elephants? They came early. A giant snake crashing through a castle wall? Yes, did that. Arthur raised in a brothel (that’s new isn’t it?) and then running with a street crowd in old Londinium? It feels like some crazed veteran of Game of Thrones had gotten hold of it and applied what he was used to. There are even a couple of GOT actors in it and with six films planned the story could also go on and on.

Charlie Hunnam is a suitably street-rough Arthur. He’s not yet king; he’s been robbed of that birthright by Jude Law, suitably nasty as Vortigern, the evil uncle who killed his father and seized the throne. Historically he may not be real, just a legend, but he’s a fine villain here.  Familiar Arthurian characters like Lancelot, Merlin and Guinevere aren’t around yet. Goosefat Bill is. He’s Arthur’s pal, played by Aidan Gillen of GOT fame.  There’s The Mage, a sorceress, played by Àstrid Bergès-Frisbey who proves helpful. After Arthur pulls the sword out of the rock (can’t mess with that part of the story) the film turns into a hyperactive action movie. Ritchie went for adrenaline over the mythology we know. I can’t imagine anybody back in 5th Century England ever said “Come on, lads. Chop. Chop.” (5th Avenue, Scotiabank, Marine Gateway and many suburban theatres) 2 ½ out of 5

SNATCHED: This is a messy and uninspired comedy. It’s got enough laughs to make it passable, but only just. With a cast like this, it should far more entertaining. Amy Schumer, one of today’s most popular comedians (her Trainwreck a couple of years ago was a big hit) is paired with Goldie Hawn as her mother. Hawn has an Academy Award, a long film list but no movies for 15 years. Too bad she’s returned in this lazy bit of formula entertainment. Her partner, Kurt Russell, is in a monster hit, the new Guardians of the Galaxy movie. 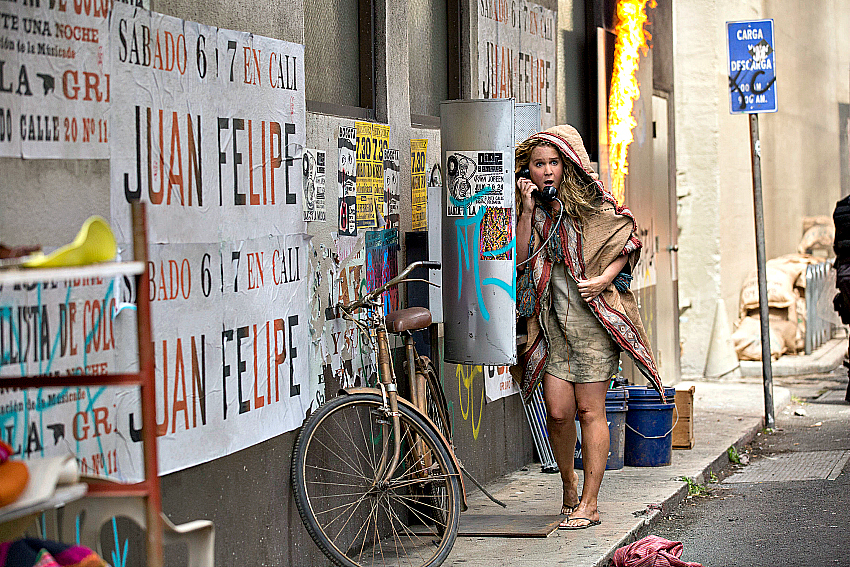 The mother-daughter duo take a holiday trip (like many Hollywood comical pairs have done before). They get into trouble and have to find their way out. The country is Ecuador where, the script says, one in four tourists are kidnapped. (I couldn’t find any confirmation of that number so it seems like an insult to the country. Worse, the movie wasn’t even filmed there. If it looks like Hawaii to you, you’re onto something). Sure they get kidnapped, because randy Amy is charmed by guy who chats her up in a bar. Ultra-cautious Goldie gets dragged along and the two wind up in the clutches of a top-line criminal who wants a big ransom. American officials won’t help so it’s up to the women. How they do it is a tribute to woman-power, I suppose. Hint: there are guns involved. I see a bigger theme though. Their incessant arguing means they’ve brought their issues along with them and they’re not that much into learning about the country. Like a lot of tourists. (5th Avenue, International Village, Marine Gateway and suburban theatres) 2 ½ out of 5

BON COP BAD COP 2: Almost a decade later, the two cops with widely contrasting personalities have to work together again. Last time they ivestigated a crime that straddled the Ontario-Quebec border. This time they meet by surprise; Colm Feore’s Martin Ward, now with the RCMP, busts a car theft ring in Montreal that Patrick Huard’s David Bouchard has infiltrated undercover. He’s with the Sûreté, Québec’s provincial police. He’s spontaneous; Ward is stiff; a common perception of the Quebecois about how the two cultures differ. That was also the continuing joke in the last film which was a huge hit (by Canadian standards) back in 2006. 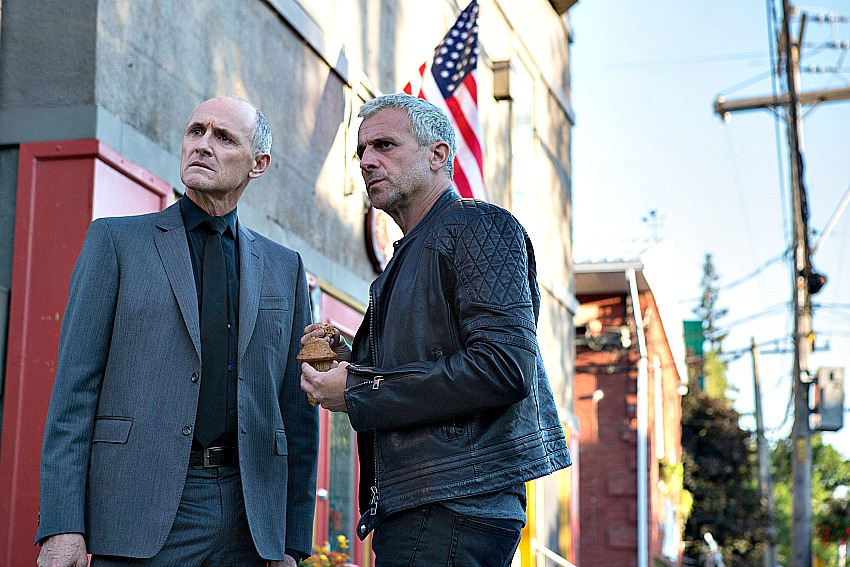