'Inside Out', 'Me and Earl' and 'Testament of Youth': all four-star films

That’s endangered though when Greg, played by Thomas Mann, is urged by his mother (who he describes as “The LeBron James of nagging”) to go spend time with another old friend, Rachel (Olivia Cooke) who has been diagnosed with leukemia. This could get maudlin. Or unrealistic. It does neither. The two become friends,sharing their disparate views of the world and appreciating each other’s company. Sex is never an issue but respect and support are. The film is funny, a bit cheeky in a typically teen way, confident and all-knowing in Greg’s narration, and ultimately moving. The young actors are natural and the film was a hit at Sundance where it won two awards. (International Village now, adding suburban theatres next week) 4 out of 5

TESTAMENT OF YOUTH: The adult film in this trio is set at the time of the First World War but the themes couldn’t be more contemporary. A young woman has to assert herself to go beyond what’s normally allowed her and develops a contempt for the wars that patriarchal society insists on fighting. Okay, that’s a bit overstated, but she is shown as a budding feminist and in a bit of kidding is referred to as a “future suffragette.” She persists in gaining admission to Oxford and then walks away to work as a nurse in the war. She also insists she doesn’t want a husband, “ever,” but then falls for the handsome guy who knows as much about poetry as she does. This is all from the real-life memoir of Vera Brittain who later became a prominent anti-war campaigner in England. 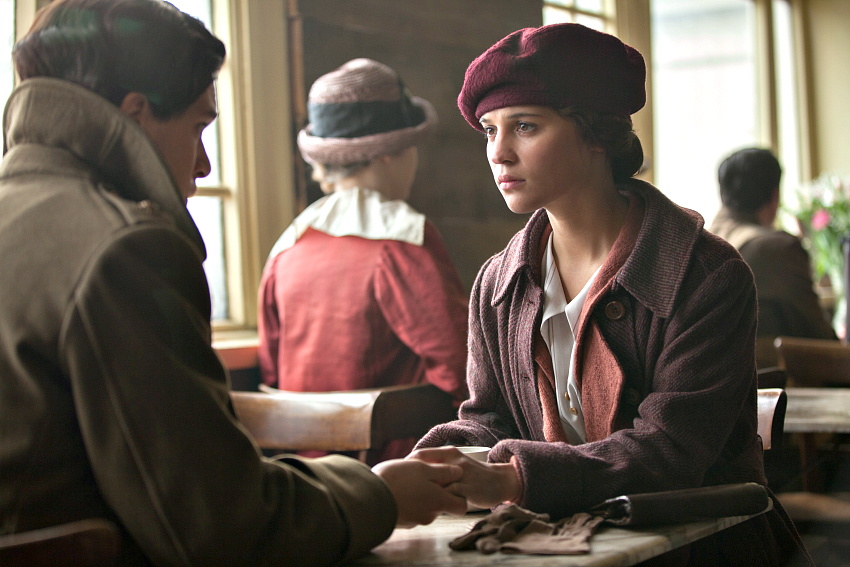 She is played by Alicia Vikander, the luminous Swede we saw as a robot in Ex Machina and a Danish queen in A Royal Affair. He’s played by Kit Harington, best known for Games of Thrones where he ended the season under much fan speculation. Their work here though is restrained, polite and understated, in perfect Masterpiece Theater or Merchant-Ivory style. You don’t see much of the war and only some of the bloody hospital work but the era gets a deluxe re-creation in the houses and the clothes. The film is leisurely but never boring because it’s rich with ideas, very good acting and an inspiring pacifist speech proclaiming “Spring is out there waiting.” (5th Avenue) 4 out of 5

TAIWANESE FILM FESTIVAL:  There are seven films in the festival this year chosen by UBC students and supported by Taiwan economic and tourism offices. The opener and maybe most relevant film is Beyond Beauty: Taiwan From Above, a tour of the country’s landscape shot entirely from an airplane. It forces the viewer to think about human effects on the environment.

Meeting Dr. Sun mixes absurd humour and political complaint as a couple of poor students conspire to sell off a statue of Dr. Sun Yat Sen to pay their school fees. Conspiracy transfers Arthur Miller’s play The Crucible to a high school. Second Chance has a billiards champ hiding from creditors and The Boar King has a strange tale: a wedding invitation arrives from a man thought to have died in a typhoon.

The festival is on now through the weekend at the VanCity Theatre and you can read more at its website.

NEPAL EARTHQUAKE FUNDRAISER: Also at the VanCity, the film, Monk with a Camera is being shown Thursday evening (June 25) to raise money for three organizations doing relief work in Nepal. The film is directly in that same spirit. It’s a documentary about an American photographer who turns to Buddhism, lives in a monastery for 14 years and then takes up his trade again to help pay for re-building. Nicky Vreeland is the son of a diplomat and grandson of a Vogue editor and is now the abbot of that monastery. "Enthralling and uplifting,” says Film Journal International.  For more information visit http://www.viff.org/