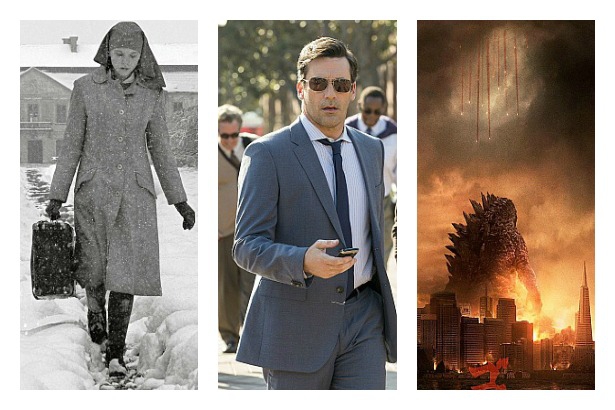 Also this week Belle, a classy drama about fighting bigotry and slavery in 18th Century England

From out of the past could be the theme this week. We’ve got the return of a  classic Japanese monster, a mulatto’s story from England and a terrible but fictional family history from Poland. And over at the Cinemathque two newly restored classics are showing: Othello, one of Orson Welles most acclaimed films and M, Fritz Lang’s haunting masterpiece with Peter Lorre as a child killer.

GODZILLA: In his 30th film, his second made outside Japan, the world’s most famous monster gets a properly respectful treatment. The actors around him, including Brian Cranston, Juliette Binoche, David Strathairn, Ken Watanabe, Elizabeth Olsen and Aaron Taylor-Johnson, not so much. They play uninteresting characters doing things characters like them have done forever in the movies. Cranston, though not around very long, is the most credible. He’s obsessive trying to prove a cover-up years before when a Japanese nuclear power plant collapsed and again now when a mining company breaks into a huge underground chamber.

We’re expecting Godzilla but for the longest time we get one, and then two, other monsters. They look like giant insects that HR Giger might have designed and with a complicated backstory they’re now searching for anything contaminated by radiation that they can chew on. Their quest takes them to Tokyo, Honolulu, Las Vegas and ultimately San Francisco. (And in a bit of an in-joke, Lone Pine, California, a favorite location in old-time westerns. It’s played by one of our own historic towns: Steveston. The movie was largely filmed here. You’ll recognize the Seabus in a key scene). 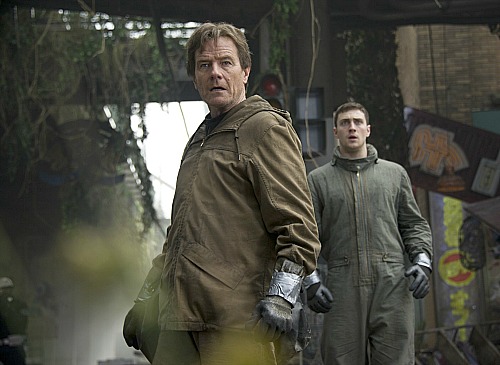 Taylor-Johnson, as Cranston’s son and a U.S. Navy detonation expert, is the lead here. He tracks the insect-monsters , argues with other military types and reassures his wife and son. A bit of humanity until Godzilla does finally show up for a thrilling building- smashing, monster vs monsters battle.  Director Gareth Edwards, a Brit, wrangles excellent special effects for the action scenes but also, as in his only other feature, the small-budget Monsters, real tension in the quieter times. Unfortunately, there’s also some tedium along the way.

Godzilla started 60 years ago as a metaphor for nuclear fears. Even with allusions to Fukushima , he’s now more of an all-purpose symbol of nature disturbed.  (The Dunbar, Scotiabank and many suburban theatres) 2 ½  out of 5

MILLION DOLLAR ARM: Another baseball film that elevates a small story into a grand romantic inspiration. If you respond to those, you’ll probably like this one because it’s well-presented and stars two bright acting lights, John Hamm and Lake Bell, and also brings in Alan Arkin for one of his signature cantankerous roles. You might get turned off though by the over-worked attempt to tap into the myth of baseball. The story is true, but conveniently incomplete. 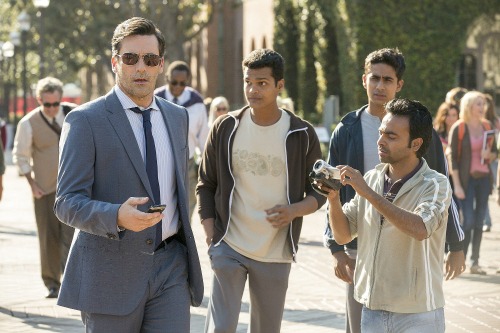 Hamm (in familiar Mad Men mode) plays a Los Angeles sports agent named JB Bernstein, who, to save his failing agency, went to India to recruit players. Cricket players can be pitchers, right? A top coach says no but JB holds a contest named the same as this movie, finds two prospects (both hate cricket) and brings them to California for training. Suraj Sharma starred in Life of Pi; Madhur Mittal was in Slumdog Millionaire. There are the obligatory cultural clash scenes, for him in India and for them in the U.S.