How they followed the great Lego Movie; what they think Men Want and how Neeson is taken to revenge again 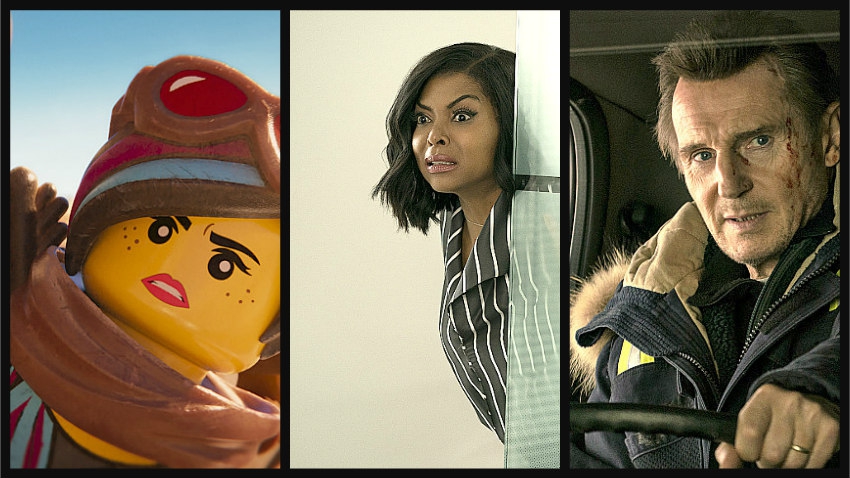 The new Lego movie is yet another example of Vancouver’s rise as a hot bed of visual effects in the movies. Much of its animation was done right here at a company called Animal Logic. Almost all of Spider-Man: Into the Spider Verse was done here at Sony Imageworks.

If that part of the industry interests you check out this year’s SPARK FX conference starting today and on through the weekend at Emily Carr on 1st Avenue. People who actually worked on films like Spider-Man, Mary Poppins, Venom and the upcoming Alita will tell you what they do and how. There’s an intriguing session on the invisible VFX of Roma and even a look back at Forrest Gump. Check the website: http://sparkfx.ca

If you're anywhere near Powell River check out the very good and ambitious line up for the film festival that starts today. It runs all week until the 17th and you can find information here: https://www.prfilmfestival.ca/

And these are the new films in Vancouver:

THE LEGO MOVIE 2: THE SECOND PART: The first one, exactly five years ago, was as its song proclaims: “awesome”.  But looking back at my notes on the two that followed I see I had exactly the same reaction to them as I have to this new one. They’ve tried too hard to make it hip and lost the charm. We get a flurry of speedy jokes and that’s good. Not many animated films for kids reference The Matrix, encounter Bruce Willis in an air duct and give us a Lego figure of Ruth Bader Ginsberg. But this one also has Batman (Will Arnett) repeating himself, repeatedly, a forced story line and other signs that some of the inspiration behind the lunacy has withered.

It’s a dual-level adventure again. At home, sister is intruding on brother’s Lego playing with her Duplo bricks. Mom (Maya Rudolph) threatens “ourmomageddon” if they can’t get along and their squabbling plays out as a parallel outer space fantasy. Duplo invaders have turned his Bricksburg into a Mad Max-like wasteland. Their general brings the whole gang, including Lucy, Wyldstyle and the ever-optimistic Emmet to her home planet where Queen Watevra Wa’Nabi (Tiffany Haddish) wants to force Batman to marry her. Emmet is under pressure to stop being so nice and become a warrior. These harsh times call for it, he’s told by a future version of himself. Chris Pratt voices both and there are sly references to his other movies. The jokes are fun and the themes of sibling co-operation and the true nature of masculinity are worthwhile. It just feels so deliberately manufactured though. Visually it’s wonderful with beautiful animation, much of it done here in Vancouver. (Dunbar, Scotiabank, Marine Gateway and many suburban theatres) 3 out of 5

WHAT MEN WANT: Was anybody calling for this remake of a bad Mel Gibson movie? What Women Want, a big hit for him 19 years ago, was about a man pressed to ditch his low opinion of women. This new one starring Taraji P. Henson, has both a gender and racial switch and is sadly very low-class, loud, frantic and surprisingly lewd. In one scene she’s dancing wildly with a large inflatable penis in her hands. It’s the extreme, but not alone in this story ostensibly about women’s equality and empowerment. 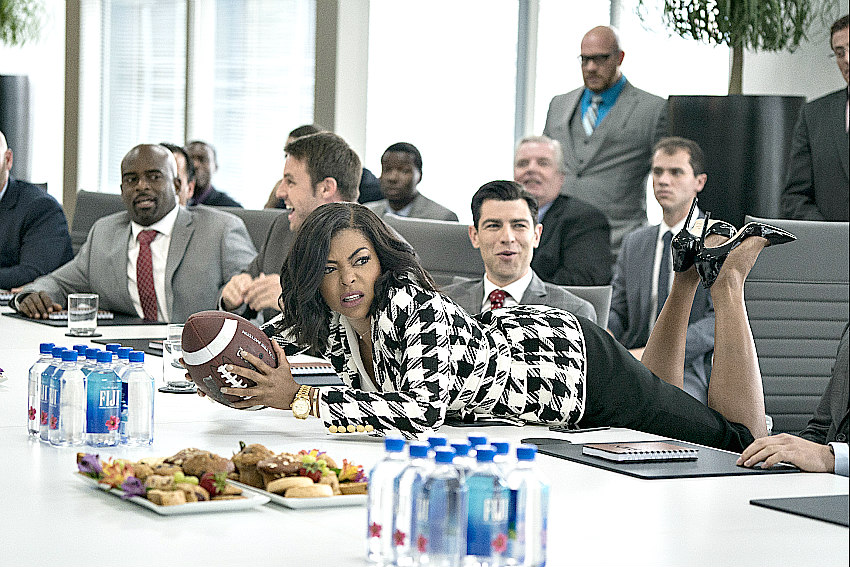 Henson plays a sports agent who is unfairly passed over for a promotion. A girls’-night-out, a cup of tea from a mysterious psychic (Erykah Badu) and a knock on the head after falling down with that balloon penis, gives her the power to hear what men are thinking. In this witless movie, the men don’t think much that’s interesting at all. Mostly wise-cracks, one-liners and self-obsessed notions. But it does give Henson an advantage, notably at a poker game where Mark Cuban and Shaquille O’Neill are also playing, And in the office, where she sets her sights on signing a basketball prospect and thereby proving her worth. The message is conflicted though. A bit of deception gets her more than her mind-reading. It does enable her to disrupt a wedding though and thereby start a bunch of women fighting. She doesn’t learn much about men. Most are jerks anyway. And sex? Twice, when she’s on top, it’s not good. Third time, when he’s on top, it works fine. What does that say? There are laughs but not much logic. (International Village and suburban theatres) 2 out of 5

COLD PURSUIT: Liam Neeson, the star of so many movies (and, unfortunately, recent interview quotes) about revenge, shows he was the perfect guy to take over this re-make. He’s just as dour as Stellan Skarsgård was in the Norwegian original and just as driven to avenge a son’s death at the hands of drug dealers. He plays a snowplow operator in Colorado (Fernie, B.C. stands in for it) whose chief method of showing emotion is to drive angry. He does a lot of that, on his way to tracking down to kill anybody working for the local crime boss. He’s played by Tom Bateman. Way over-played, actually. 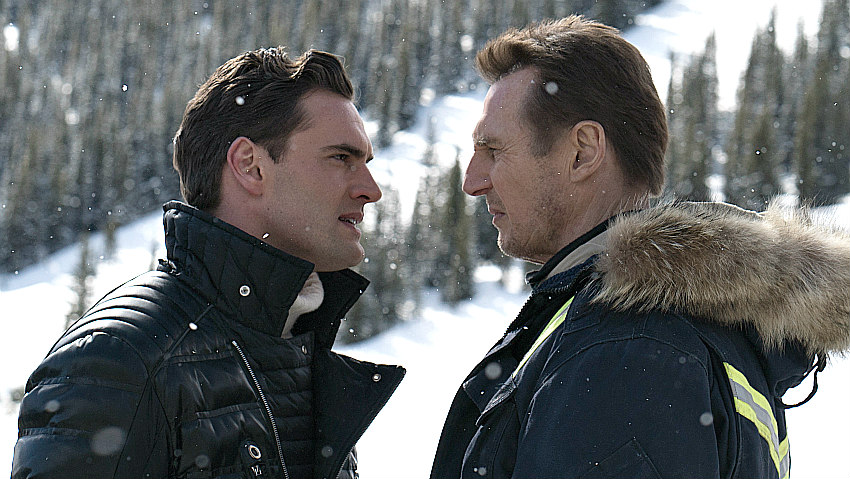