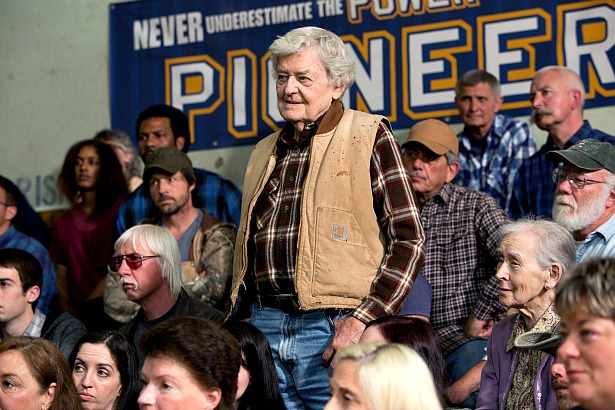 In Promised Land, Matt Damon, as a shill for the energy industry, bumps up against small-town resistance sparked by Hal Holbrook.

An entertaining environmental lesson; a tuneful nostalgic trip; human kindness and some high-tech sleuthing play out in the top new films this week.  Here’s the list:

PROMISED LAND:  Fairly often now, Matt Damon lends his star power (Syriana) or his narrator voice (Inside Job) to progressive films.  In this one, he not only stars but also co-wrote the script (along with John Krasinski, the nice guy on TV’s The Office) to take on the natural gas industry, specifically that scary extraction process called “fracking”. (It’s a big and growing controversy here in BC too. Check out change.org). 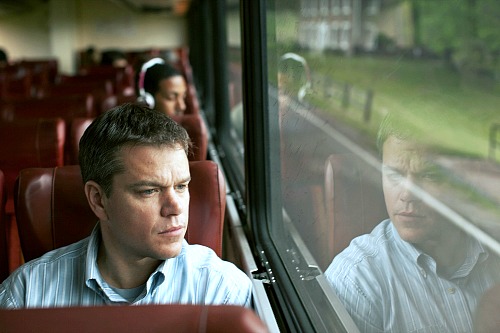 The film is about a cynical sales job by the industry and not so much the science. Damon plays a company functionary who arrives in rural Pennsylvania to buy up drilling rights.

“You could be a millionaire,” he tells the farmers, who he says suffer from a “delusional self mythology” about small-town life and family-scale agriculture.

A local science teacher (Hal Holbrook) is the only one who asks tough questions. Then a campaigner with an environmental group (played by Damon’s writing partner, Krasinki) arrives. He’s got facts and pictures; a common touch at karaoke and a terrifying demonstration for the school kids. The town decides to hold a referendum.  We’ve seen similar battles recently in documentaries about wind farms and bottled-water plants. This fictional dramatic version captures the dynamics exactly of these small-town development storms. Directed by Gus Van Sant, it’s brisk and well-acted, entertaining even, but a tad perplexing at the end, because of a late-coming twist.  (International Village and a few suburban theatres) 3 ½ out of 4

NOT FADE AWAY: It’s 1964 and change is in the air. JFK is gone, Martin Luther King is rallying his people and The Beatles and the Rolling Stones are on TV.  What’s a young kid in New Jersey to do? Start a rock band, of course. Play the blues, the music that Americans have forgotten and the Brits have brought back to them. 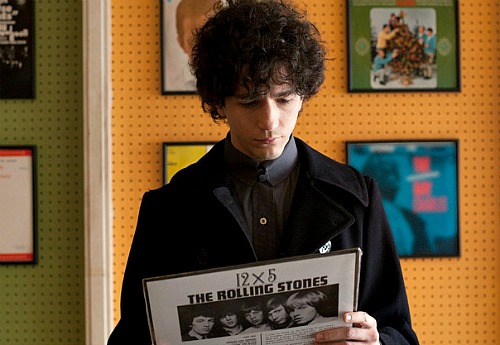 The story has great potential. The band might try to make it big. It might shake with internal disputes. The drummer might want to displace the lead singer. He might want to write original songs and not just play cover versions.  Or, the film could simply be a nostalgic tour of growing up in a particularly exciting time. Viet Nam. Young people speaking their minds. Long hair and arguments with dad.  It tries to do both and ends up a formless series of incidents with no story arc and little momentum. David Chase, the creator of TV’s The Sopranos, has drawn on his own life story for these flickering impressions.  He’s hooked on the relics of the era, the LPs, the cars, Rogers drum kits, Dean Martin and Rod Serling on TV, a great line-up of songs collected by Steven Van Zandt, for a wonderful trip back in time but with too many static scenes when we get there.  The young actors, including John Magaro, Bella Heathcote and Jack Huston, acquit themselves well enough but it takes that erstwhile Tony, James Gandolfini, to bring some authority in portraying a gruff father.  (International Village) 2 ½  out of 5

Kick-off the lucky 13 with these smart events in Vancouver

Stunning photos of the year 2012 in Vancouver