A Hollywood black mark in Trumbo, a new Rocky in Creed and an infamous psych experiment at Stanford 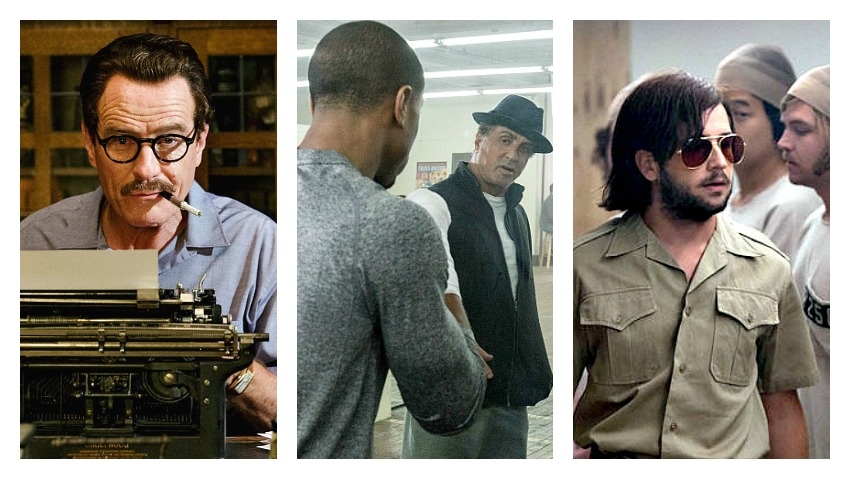 Also new European films, a slacker’s turnaround and dinosaurs for the kids

Before you ponder the new ones, note these festivals. South Asian films are on at SFU downtown through the weekend. Check out http://visaff.ca/  The 18th annual European Union Film Festival starts tonight at the Cinematheque. See more about it below. And Wednesday, the Whistler Film Festival starts up again. You need to plan ahead for that one.

It only runs five days but crams in 89 films this year, half of them feature length. It opens with Carol the lesbian romance starring Cate Blanchett and Rooney Mara which has drawn a lot of praise and just this week led the nominations for the Independent Spirit Awards.

There’s a fun Canadian film on Thursday afternoon called THE COLOSSAL FAILURE OF THE MODERN RELATIONSHIP. The title is from a line of dialogue, not an indication any grand conclusions about modern life. It’s an infidelity comedy about a woman who’s cheating with her husband’s boss and then finds he’s coming along with them on a winery tour in the Niagara Peninsula and is bringing his girlfriend. You can imagine the complications that loom. Local actor David Cubitt plays the lothario.

Check out http://whistlerfilmfestival.com/ for more and then this list of the new ones in town now:

TRUMBO: There’s a trap movies like this often fall into. Hagiography. Idealizing a person while telling his story of struggle and even martyrdom. This film does some of that and it takes a bit away from the vitality of its story. It’s a fairly familiar one, to movie buffs anyway. Dalton Trumbo was a busy screenwriter in Hollywood, a supporter of the unions in the industry and a Communist. By 1947, he was under attack along with his colleagues, together known as The Hollywood 10. He refused to answer questions the way Congress wanted, went to jail for contempt and was blacklisted when he got out. The film shows how he kept writing anyway, became a workaholic, and the toll it took on his family. He won two Oscars under other names. 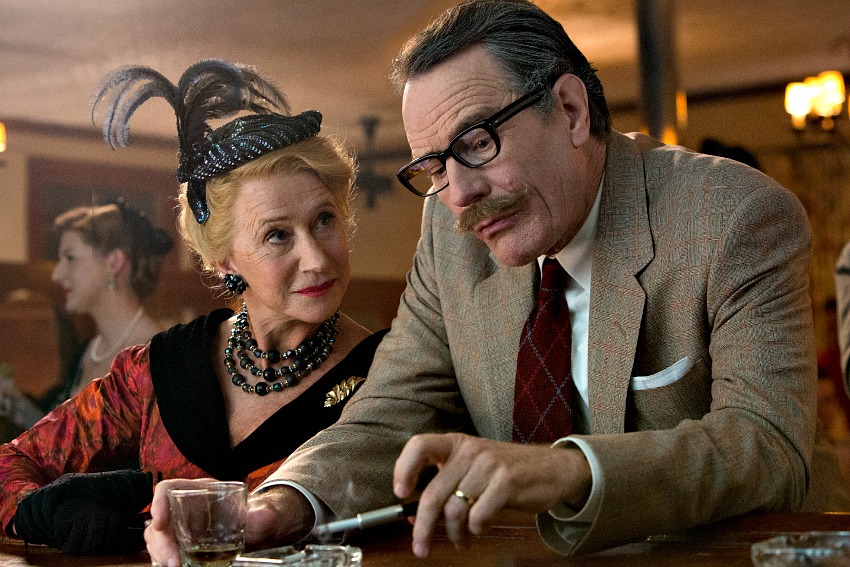 Bryan Cranston plays him as a decent, articulate, optimistic man. Almost too good to be true, though his later speeches about personal liberty are genuinely moving.  Helen Mirren is relentless as Hedda Hopper, the gossip columnist who attacked him. Along the way we get a who’s who of Hollywood with actors playing Edward G. Robinson, John Wayne, Kirk Douglas, Louis B. Mayer and many others. John Goodman as a profane poverty-row producer and Christian Berkel as Otto Preminger are standouts. They perk up the film when they’re on and save it from the weight of all its explaining and decrying. The message is important and with excellent performances and comedy (and sometimes politics) specialist Jay Roach directing, it’s easy to take. (5th Avenue and two suburban theatres) 4 out of 5

CREED: We may not have been calling for yet another Rocky movie but I’m glad Ryan Coogler did. He wrote a script, took it to Sylvester Stallone and directed this as a drama of urban black life. In that sense it’s a follow to his superb Fruitvale Station. He’s got the same actor in the lead, Michael B. Jordan, but not the tragedy. Jordan is Adonis, the angry son chasing the legend of his father, Apollo Creed, a former boxing champ. Rocky almost defeated him in the first film, did beat him in the second and became his friend in the third. (This is the seventh, and one of the two best). 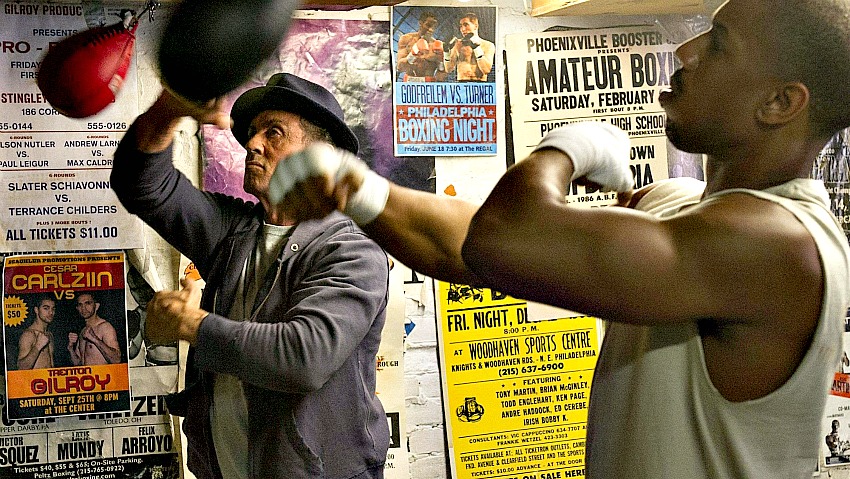