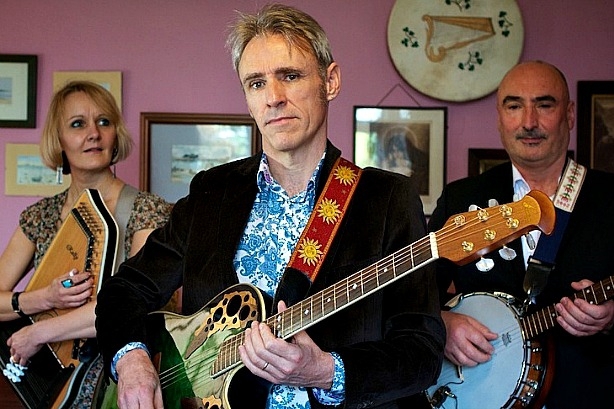 Fifty years ago they were children; today they’re facing middle age. The celebrated Up Series has followed more than a dozen ordinary English folks all that time and offers the latest update.

The highest profile film this week is also the weakest. The gems are in among the lesser knowns. Here’s the list.

The World Before Her:  4

56 UP:  I now, having finally caught an episode, see why this “Up Series” has drawn so much praise over the years. It finds drama in everyday life and by telling things as they are and declining to hype anything it enobles ordinary people.  As  Michael Apted the director says: “Everybody has a story” and he’s been expanding this collection for almost 50 years. Back in 1964 he found 14 English schoolchildren, all seven years old, for a TV documentary in which they talked about their lives and the future they saw for themselves. Every seven years since he’s gone back to them to see what actually happened. The boy who wanted to be a jockey  is a cabbie. The farmer’s son is a research scientist in the U.S. The snob is still a snob. 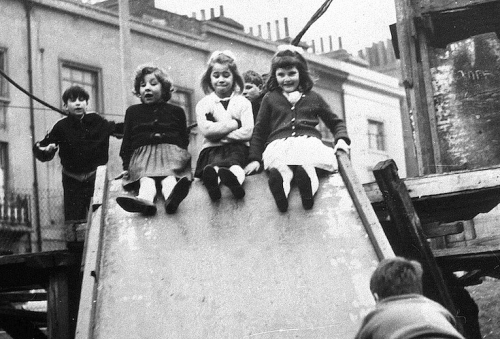 You don’t have to have seen the previous installments to enjoy this one. Apted has lots of clips to show everybody’s evolution. So, Lynn, in the picture above, is  now over a “mysterious illness” and Sue has been engaged to a boyfriend for 14 years. A teacher quit the series for almost three decades because he got nasty comments for his anti-Thatcher views. He’s back, to promote a band he’s started with his wife.  And most dramatically, a boy with a sunny nature who turned into a homeless wanderer and admits he’s been “completely unsuccessful at finding a paying career of any kind,” has improved his lot, a bit. Most have mellowed with age, maybe having resigned themselves that this is all there is. It’s fascinating to watch the turns these lives have taken. Some of them will resonate with, maybe predict, your own. (VanCity  Theatre) 4 out of 5

Also  at the same theatre …

STEP UP TO THE PLATE: Foodies should like this. Michel Bras, owner of a 3-star restaurant in southern France, prepares to turn it over to his son, who he's been training for over 15 years. It's hard to let go though and there's considerable tension as son invents and perfects a new dish (milkskin and chocolate play a role) and you can see dad itching to get his two cents in. The film starts with a long construction of dad's signature dish, le gargouillou, a salad with apparently everything, including many herbs and flowers. We then learn about three generations of the family as restauranteurs, see their surprisingly modernistic establishment overlooking a valley and later watch the son cook in Japan where they own a second eatery. I felt too much of that was unexplained and not very involving. There was a more poignant succession story and more artistry in a film that came around in the spring, Jiro Dreams of Sushi. (VanCity, various dates from Friday to Boxing Day).  3 out of 5

And starting Saturday at the same theatre …

THE FRUIT HUNTERS: Obsession is rarely as light and easygoing as this. These people are serious about finding, promoting and, of course, tasting exotic fruit. One calls it a “full-time case of insanity”. In his  opening narration, Yung Chang, of Montreal, the film’s director, says he feels “aroused” by fruit. It’s as if “it wants to be devoured”. Later he says fruit trees have been studying us “and know what we want.” 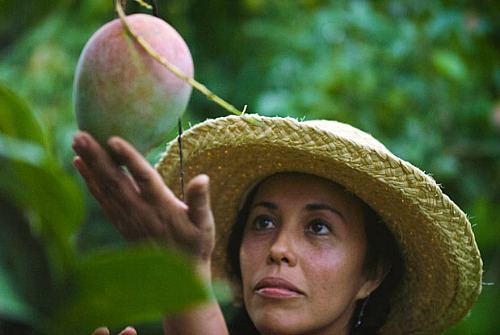 Playful it is, but there’s also a serious message inside. The fruit in the supermarket is mass produced and boring. Bananas, for instance, are always one variety and such monoculture is precarious.  Meanwhile, there is an “almost infinite” variety of fruit out there in the world. The film shows us people who search them out through something called The Rare Fruit Council or individually in Honduras, Hawaii, Borneo, Bali, home of the legendary wani  mango,  Italy, where a woman finds ancient fig trees, and even Hollywood, where movie actor Bill Pullman has a backyard of fruit trees but failed to get land for a large community orchard. The film has intriguing bits of information: how the MacIntosh apple got its name; the Bing cherry’s sad success story and the fruit that brought down a Chinese dynasty. Sweet and tasty. (VanCity, starting Saturday and then various dates until Boxing Day)  3 ½ out of 5

STUDIO GHIBLI: Japan’s top animation studio has produced many storytelling masterpieces, including the beloved My Neighbour Totoro, the anti-war Howl’s Moving Castle and the Oscar winner, Spirited Away. They’re all screening in a major retrospective that starts Friday and runs until January 3 at the Pacific Cinematheque . Then, next Friday the VanCity Theatre also joins in. Japanese versions with subtitles at one; English dubbed versions at VanCity.