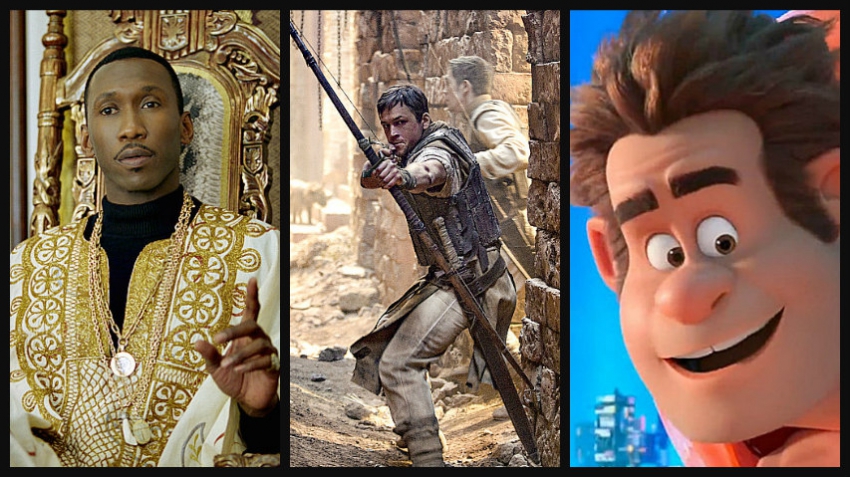 Also, another Rocky-driven bout, patriarchy and medicine in old Vienna and the start of a brand new film festival

The big films this week opened early, on Wednesday, because of American Thanksgiving. You can read about all four here, including the one you should not miss.

There’s also a new film festival featuring indigenous productions and a long-running one with European films.  Here’s the list:

GREEN BOOK: At last you can now catch (and you should) the film that was most popular at the Toronto film festival and get to see that it fully deserves all the accolades. There’ll be more too. I see multiple awards nominations coming because it is rich in acting performances and important themes. Racism, friendship, heritage, abiding and learning from someone much different from you— they’re the main ones—all explored in smart dialogue and a surprising amount of humor. That’s irritated some critics who fumed that racism isn’t funny. No, but personal reactions can be and many in this film are of the self-deprecating kind. You do get the message; it’s clear and also entertaining.

The story is true and takes us right into the Jim Crow American south of 1962. A high-culture musician hires a nightclub bouncer to be his driver on a two-month tour, initially into the mid-west, then south right down to the Delta.  “Doc” Shirley, the pianist, is played by Mahershala Ali (Academy Award two years ago for Moonlight) and Tony “Lip” Villalonga, a rough Italian from the Bronx, is played by Viggo Mortensen who has put on more than a few extra pounds for the role. His skill with his fists will surprise a few rednecks and we’re astounded by the many personal indignities black travelers had to put up with. Not the washroom; use the outhouse. Play your music but you can’t eat here. Blacks can be arrested if they go outside after dark. The Green Book was published for almost 30 years as a guide for “negro motorists.” 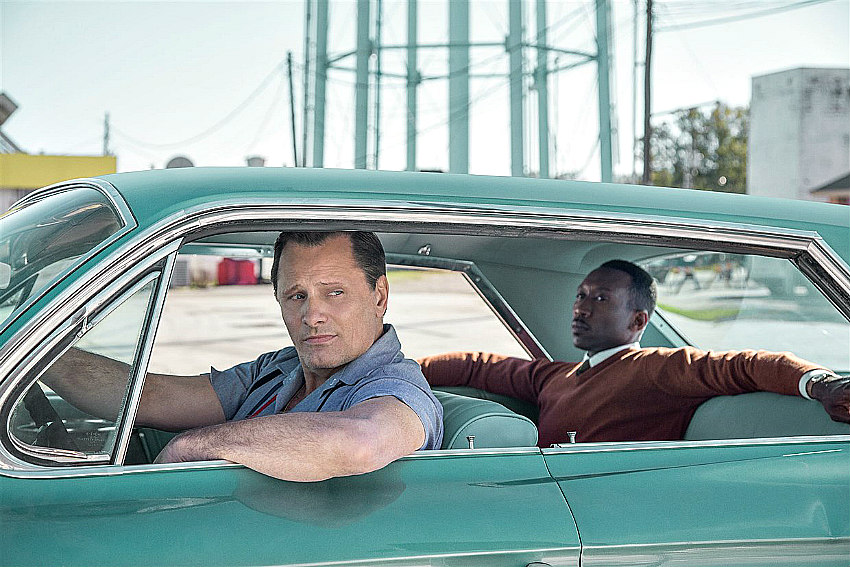 Our two are a classic odd couple. Don is quite a snob, favors classical music and precise diction. But working-class Tony can’t understand why he’s never heard Little Richard or eaten fried chicken. He proclaims at one point that he’s had just as hard a life. They banter and argue and slowly come to understand each other. The script and the acting foster that change in their thinking credibly, especially in Tony. He loses the racist side he shows at the start. Some say that amounts to racism interpreted by whites. I didn’t feel that. Sure, the director, Peter Farrelly, is known for comedies but the co-writer, Nick Vallelonga (yes, Tony’s son) was close to “Doc” Shirley for years and got stories directly from him. As a bonus, the film ends like a classic Christmas movie. (5th Avenue and suburban theatres) 4 ½  out of 5

ROBIN HOOD: Why? Well, we haven’t had one in eight years and it’s 100 years since the first one. Not enough reason? Okay try this: steal from the rich; give to the poor, seems fitting for our world right now. This film doesn’t do a lot with that idea but it does campaign against corruption and that’s just as timely and the church is as much involved as the Sheriff of Nottingham. Taxes are collected for the war effort which happens to be the crusade against Muslim lands. But the single biggest reason I detected for this remake is the updating it has undergone for a younger audience. The hair cuts are modern, the dialogue sounds contemporary; when Maid Marion summons Robin she calls him Rob. 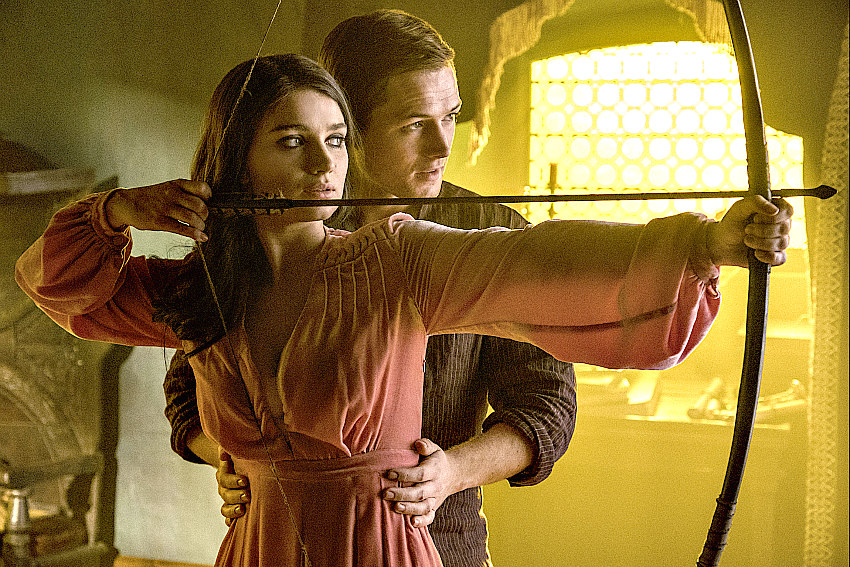 Taron Egerton as Robin of Loxley gets a draft notice, serves in the third crusade and returns with Little John, here depicted as a Moor and played by Jamie Foxx. The film takes several opportunities to sneak other black actors into the cast, also an updating. Not the sherriff; Ben Mendelsohn looks like a modern bureaucrat; not Marion, she’s played by Bono’s daughter Eve Hewson, or Friar Tuck, who is not at all portly in this one. F. Murray Abraham plays a devious cardinal. The film rails against rich men getting richer, and John inspires Robin to lead a rebellion which produces intense oratory, large battles, repeat-action crossbow firing, horse cart chases, Molotov cocktails and a mighty explosion.  The outlaws wear grey, not green, and they don’t act merry at all. Romance is rare. Forget the old images; this as an energetic but muddled and very standard action film. (Scotiabank, Marine Gateway and suburban theatres) 2 out of 5

RALPH BREAKS THE INTERNET: It was six years ago that we got the very clever animated film Wreck-It-Ralph, set inside a batch of video games in an arcade. Ralph (voiced by John C. Reilly) was tired of having to smash a building over and over again and wandered into other games to find something else to do. In one, called Sugar Rush, he meets Vanellope, a scrappy young girl voiced by Sarah Silverman. They, and many other characters, are back with a new, hyper-active but inferior adventure. The steering wheel on Vanellope’s game is broken; unless they can find a new one, the game, practically an antique now, may be trashed. Someone finds one on eBay and our characters, who had not even heard about the internet before, go right in there to get the replacement part.