Great summer in The Way, Way Back; big noise in Pacific Rim and Adam Sandler missteps in Grown Ups 2 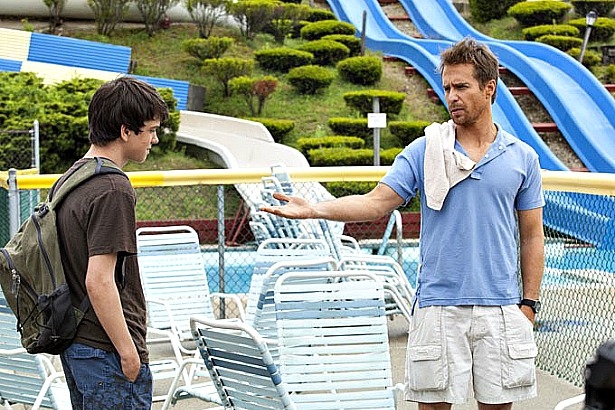 Parents or the waterpark? Coquitlam’s Liam James has to choose in The Way, Way Back

Summer takes two normal steps at the movies this week with noisy action and gross comedy but also offers up a heartfelt and crowd-pleasing gem. You can also go travelling to ponder the uses of art and some folk music history.

THE WAY, WAY BACK: This is a wonderful summer movie. It’s got heart, real emotions, plenty of laughs and a genuine nostalgia that’ll remind you of some pivotal holiday on which you grew up just a bit. We’ve all had them. Here, it’s 14-year-old Duncan who needs to find the real himself. He’s eternally morose. His mom (Toni Collette) indulges him because she sees him chafing under the smarmy nitpicking of her new boyfriend (Steve Carell).  They bunk down in a Cape Cod beach house, endure the prattling of an ever-tipsy neighbor (Allison Janney, very funny) and have friends (Amanda Peet, Rob Corddry) over for drinks and pot-fuelled giggles. No wonder Duncan wants out. 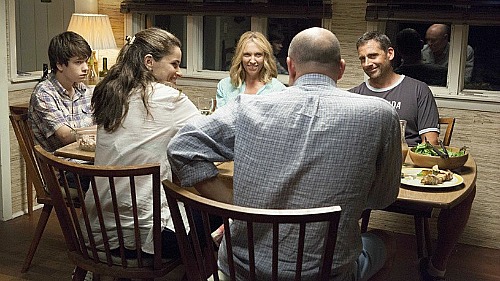 He wanders off down to a water park where Sam Rockwell is in charge of the water slides and, though an eternal adolescent himself with a stand-up comic’s style, mentors him to lighten up. Duncan is played brilliantly by Liam James (of Coquitlam) making the change from sullen to happy with subtle, tempered steps.  The film is poignant, bittersweet and resonant possibly because directors and screenwriters Nat Faxon and Jim Rash, who also appear in the film, added in some real memories and incidents from their own lives. They previously shared a writing Oscar for the George Clooney film The Descendants. (International Village) 4 out of 5

PACIFIC RIM: Need more action and destruction, after Man of Steel. World War Z and even The Lone Ranger?  You get lots more here, spectacularly staged by Guillermo del Toro and in IMAX and 3-D, if you want to go that far. Unfortunately, you don’t get much of a story. It seems aliens from another dimension want to take over our planet and have somehow ended up deep down inside.  They come up through one of those thermal vents in the Pacific and since 2013 have been trashing cities. Hong Kong gets it really bad. 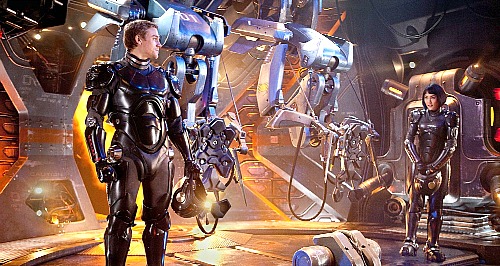 It’s now 2020 and humanity is fighting back with robots as big as they are and piloted by two people each. English actor Charlie Hunnam and Rinko Kikuchi (remember her from Babel?) eventually team up in one robot. They have to overcome personal problems to get there but really this a hardware saga not really a people story. It harkens back to the old monster and robot movies that used to come from Japan.  (A new Godzilla has been filming around Vancouver recently). They warned against atomic bombs and environmental threats. This one doesn’t seem to have a purpose like that. A fresh wrinkle, a mind meld the pilot pair has to complete, leads to some nifty effects to display thoughts and memories but is not developed well as an idea. But then, the robot vs monster battles upstage everything anyway. (Scotiabank and suburban theatres) 3 out of 5

GREENWICH VILLAGE: MUSIC THAT DEFINED A GENERATION: This will get you ready for next week’s folk music festival. It looks back at the folk music boom of the early 1960s and the singer-songwriter movement that followed  by visiting the New York neighborhood that fuelled so much of it and hearing from many of the leaders. 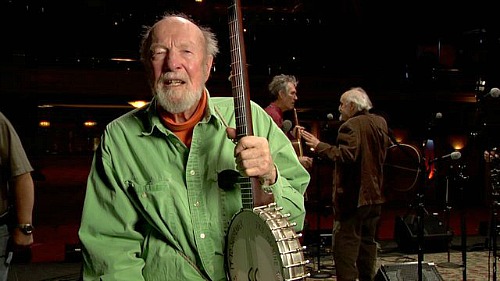