G.I. Joe for the boys; The Host for the girls, and Spring Breakers for party animals of all kinds, 18 years and older 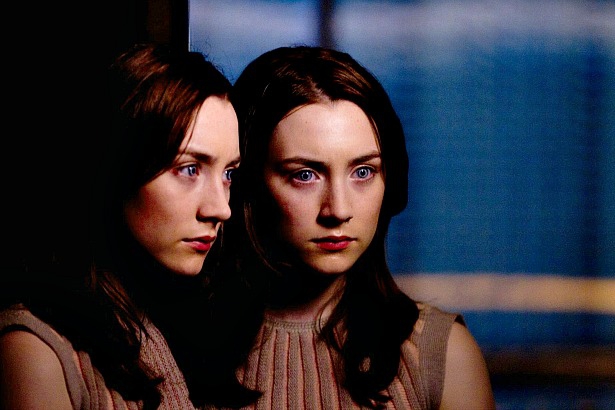 The big movie event this weekend is on your TV; the start of season three of Game of Thrones. It comes with unprecedented hype and anticipation and according to one major fan (my wife) this new episode follows nicely on the many story strands that came before. I can’t offer an overview opinion but I did enjoy several individual sequences, including a riveting one in which Charles Dance throws some stinging barbs at his disappointing son, played by Peter Dinklage. “I can’t prove you are not my son,” he grumbles, thereby showing that’s exactly what he’d love to do. Elsewhere, those three dragons are hatched but still too small to be much of a threat. Lots of scheming and backstabbing in progress though.

And these are new in theatres …

THE HOST: Stephenie Meyer’s second contribution to the movies, after the enormously-popular Twilight films, ditches the vampires for some science fiction. Not about gadgets and stuff, but speculative fiction about the future. Fine with me except that it’s awfully thin, not at all original and overshadowed by her usual subject: young love.  Director Andrew Niccol took a scalpel to her long, meandering story and we’ve got something that’s watchable although kind of dreary. 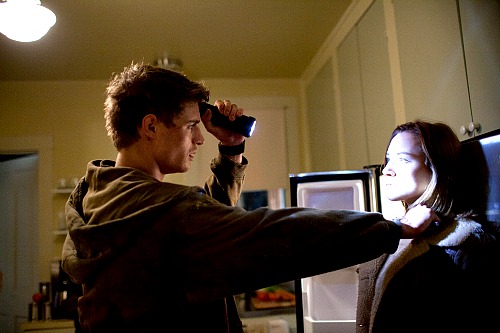 Saoirse Ronan stars as Melanie who’s been taken over (as most people have) by a soul from outer space. Not unlike Invasion of the Body Snatchers and other films. There’s a small group of resisters, as in 1984 and other films. And there’s a Meyer innovation: occasionally the takeover is incomplete; the original soul lives on and two exist in the same body. It’s pretty startling when we first hear Melanie being talked back to by Wanda. It later allows such ripe dialogue as “This Body is mine!” “No it’s mine.” Or a young man love interest (Max Irons, yes, Jeremy’s son) sensing she is of two minds about him and Melanie cautioning Wanda against loving him. “This is so wrong. You’re not even from the same planet.” 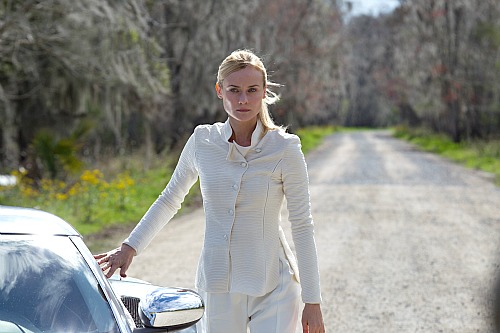 Meanwhile other matters are underdone. The invasion apparently erased violence and created a world that’s “never been more perfect.” No elaboration. Diane Kruger pursues Melanie/Wanda through a New Mexico desert as sort of a high-tech cop in a chrome car. Not enough.  And Melanie reaches a colony of resisters who live, and farm, inside a mountain. It’s well-visualized but there’s only sporadic tension, some of it internal as there are four young men for the two souls to interact with. Even with in this streamlined version, I had trouble keeping them straight.  (International Village and many suburban theatres) 2 ½  out of 5

G. I. JOE: RETALIATION:  My son used to play with the Hasbro company’s G.I. Joe dolls, er, action figures, and it seems some guys still do. They turned the first film four years ago into a big hit and are rewarded with this sequel which brings back five characters, although Channing Tatum only briefly, and launches Dwayne “the Rock” Johnson as the new leader. There are enough top-notch explosions, gun battles and stunts to keep any kid happy. It’s silly fun if you aren’t too concerned that it’s also mindless. 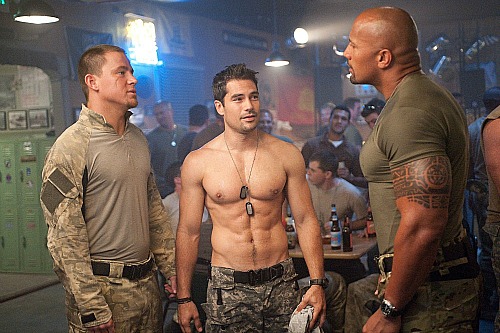 The Joes, a sort of NGO band of commandoes, are sent to Pakistan for a mission they manage to foul up and are then publicly disbanded by the president himself. Except that, if you’ve been paying attention, you know from the first film that he’s not the president but an imposter put up by that nasty archenemy Cobra, whose commander is currently imprisoned in what looks like a giant water bottle deep inside a former East German mine. How long before he’s sprung free and the Joe’s have to revive for the fight of their lives? First they have to recruit Bruce Willis playing a former member (he’s even named Joe) who’s also a gun nut. Hoarder, actually. We also have to hop over to Asia for a while to watch one bad guy (or is he good?) get ninja advice from a blind master played by RZA, the leader of hip hop’s Wu-Tang Clan. Yeah, nutty stuff, but it does lead to a spectacular stunt sequence as ninjas fight swinging on ropes and running across the side of a cliff. Exactly how a kid might imagine it. (The Park, Scotiabank , Dolphin and many suburban theatres)  2 ½ out of 5