Ghost in the Shell, weak, The Zookeeper’s Wife, muddled, and The Boss Baby, great fun 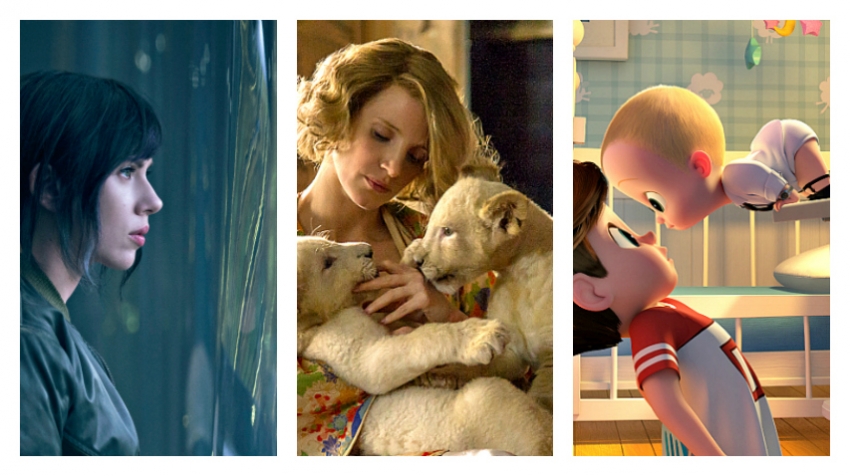 A couple of specials you should know about.

Both the Rio and the VanCity Theatre are joining hundreds of others around the continent on Tuesday in an anti Trump gesture. They’re protesting his various bans, cuts and threats by screening the classic movie statement about Big Brother, state control and manipulation: 1984. The Rio shows it at 6:30 and the VanCity at 9.

And starting Sunday, the annual REEL 2 REAL festival is back with a week of programming of special interest to youth. One film explores the tenuous prospects for women in music (as recounted by women in the business). Another shows an aboriginal’s difficult transition from city life to the far north. There are popular films from Europe, some of which I’ll write about next week, many short films often BC-made, workshops, talks and even a pancake breakfast. Too much to detail here so visit www.r2rfestival.org for more. They’ve also provided a handy service by indicating what age group each film is recommended for. The fest events are at the VanCity Theatre and the Roundhouse Community Centre.

These are this week’s new movies:

GHOST IN THE SHELL: This live-action remake of an early cyberpunk classic has been infected with a distracting controversy: whitewashing. The very Japanese story, which originated as a manga and has been made into several animated films, now stars Scarlett Johansson. That’s the business of big budget movies. You want star power you cast a big Hollywood name. And frankly there are better reasons to be wary of this film. It’s a bore and she’s not very good in it.

She’s mostly lethargic as a terrorist hunter sometime in the future who becomes obsessed with finding her own past. She’s was saved from death after a traffic accident when her brain was medically transferred into a new body. (It looks like a plastic doll. Get it? Ghost in a shell). Or so she’s told. Bit by bit she finds it’s all a lie. Her memory has been wiped, so who is she? Her doctor (Juliette Binoche) tells her “You’re what everyone will become someday.” Intriguing idea, but not explored much further. 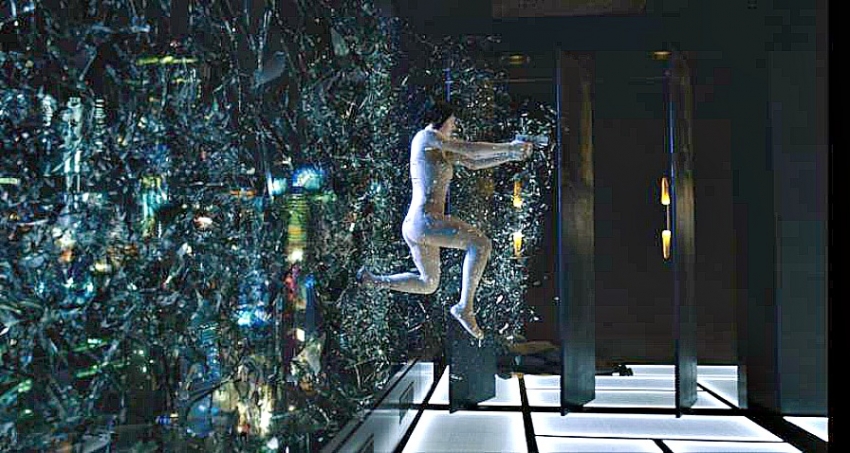 Instead of making us care about her or any other character, the film tries to dazzle us with fights and explosions, elaborate visuals and streets that look like Blade Runner (but with odd giant holograms among the skyscrapers). It isn’t until deep into the second half that we get an emotional scene and it’s brief. We need more because by now the story alone feels so familiar. And by the way, because in this version she works for a corporation not a government agency, the main villain is also white. (Scotiabank, Marine Gateway and four suburban theatres) 2 ½ out of 5

THE ZOOKEEPER’S WIFE: There’s a compelling story here but the film doesn’t tell it well. It meanders and gets mushy at key times when it should be hitting its points firmly. Diversions break up the flow and Jessica Chastain does a lot more whimpering than you’d expect portraying a real-life hero who defied the Nazis in wartime Poland.  She’s Antonina Zabinski, who with her husband Jan (Belgian actor Johan Heldenbergh) run the zoo in Warsaw. They bring Jews in from the ghetto and hide them while Hitler’s “chief zoologist” snoops around. Amazingly, the story is true. It’s taken from the book by Diane Ackerman who based it, in part, on actual memoirs. 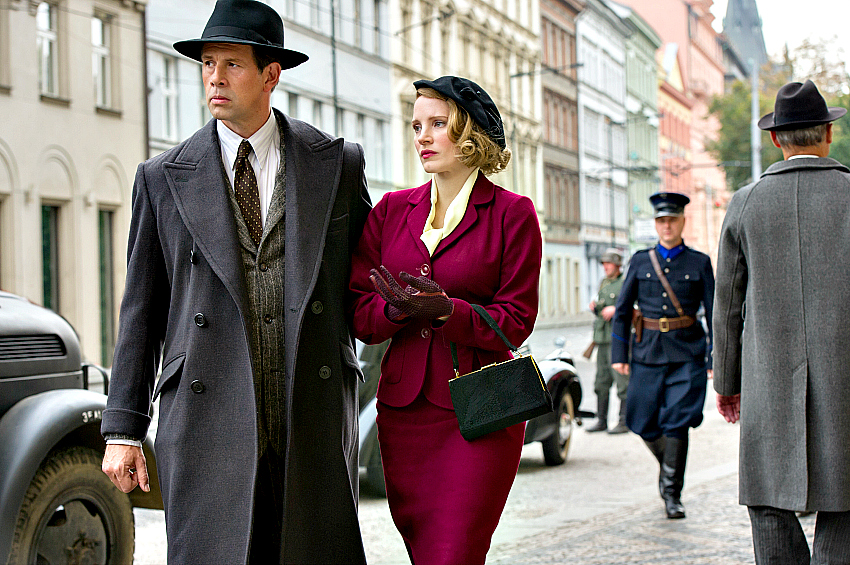 Early scenes are idylic. There are lion cubs in the living room, an elephant in the backyard and other animals roaming about. Antonia saves a baby elephant with CPR. Sudden change. The Germans invade, a few animals are shot and others are taken away to Berlin because Hitler’s man (Daniel Bruhl) has a breeding program. Another of his projects, to revive an extinct animal called the auroch, is talked about and interesting but really just clutter. There’s also an undefined flirtation with Antonia that gets Jan fuming with jealousy. All distractions from the main story, safeguarding several hundred Jews. We appreciate the courage; don’t feel enough of the tension. (5th Avenue, International Village and three suburban theatres) 3 out of 5